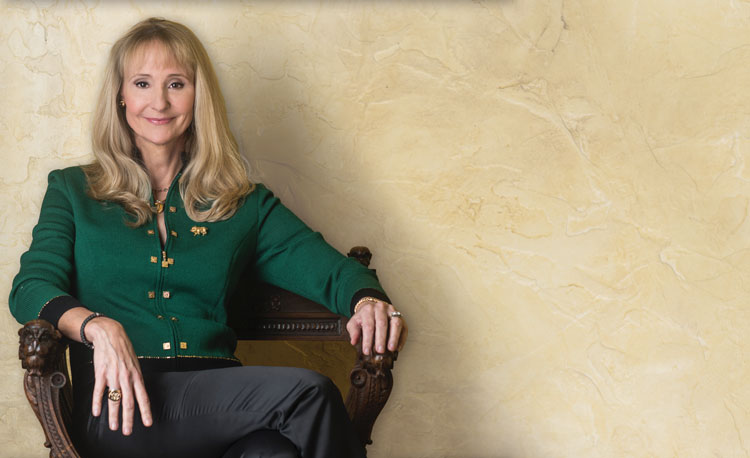 The star American swimmer-turned-lawyer had by then established herself as an expert on Title IX, the groundbreaking federal statute mandating equal opportunities for women in sports at educational institutions. Her efforts to ensure the law was being properly implemented later shifted toward addressing concerns of rampant sexual assault on college campuses.

But sexual abuse in the Olympic movement, which covers millions of athletes across a large age range, was not a topic Hogshead-Makar had closely examined before. The calls she received prompted her to research the issue, and the results were not encouraging.

Hogshead-Makar discovered to her dismay that the national governing bodies for sports under the United States Olympic Committee’s umbrella asserted they did not have a legal duty to protect athletes from abuse. They also lacked sufficient insurance to cover such claims.

“My first thought was, ‘You know, I’m an Olympian, and I know all the players at the Olympic Committee, so let me call them, and let’s sit down and let me explain to them just how bad the situation is,’ ” Hogshead-Makar says.

In early 2012, Hogshead-Makar met with the USOC officials, including then-CEO Scott Blackmun. She says the officials initially told her they appreciated the issues she raised, and they pledged to closely consider her ideas to address them.

But Hogshead-Makar says she realized a year or so later that the USOC was not committed to taking serious action to combat sexual abuse.

“They would say, ‘We’ll start a committee that will investigate this,’ ” Hogshead-Makar says. “And then I would present at the committee … and, like, nothing would happen.”

She believed economic factors, such as increased legal liability, spurred the resistance to change.

The stalling prompted Hogshead-Makar to speak with the media and develop proposed policies she took to the USOC’s board rather than to Blackmun.

In late 2012, she helped convince the USOC’s board to adopt a rule prohibiting coaches from having romantic or sexual relationships with athletes they were coaching, regardless of age or consent. The national governing bodies were given a year to implement the rule.

Hogshead-Makar later played a leading role in the successful effort in 2014 to get the International Swimming Hall of Fame to rescind the planned induction of USA Swimming’s then-executive director, Chuck Wielgus. His critics argued that Wielgus had not effectively combated sexual abuse in swimming during his tenure.

The hall of fame controversy was a driving force behind the USOC announcing in 2014 the planned creation of a new center to address claims of misconduct, according to Hogshead-Makar.

“Every step to get the USOC to act was laborious, and almost all improvements were a direct result of public pressure,” she says.

She saw further evidence of the USOC’s lack of commitment to truly address abuse in sports based on the fact that the U.S. Center for SafeSport did not officially open until March 2017.

By that time, Hogshead-Makar had already been working with Congress for several years to try to get a law passed featuring reforms the USOC was unwilling to adopt on its own. 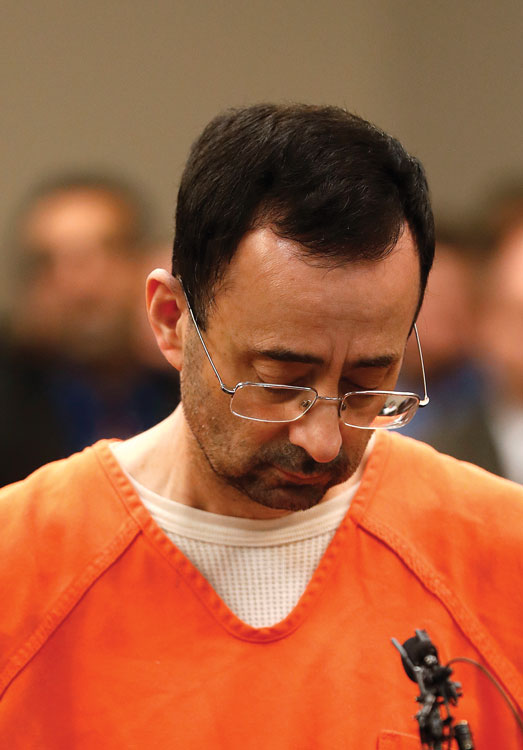 In January, more than 200 Nassar victims gave impact statements during the disgraced doctor’s sentencing proceedings. Nassar was sentenced to up to 175 years in prison for decades of abuse.

Later that month, Blackmun, who disclosed that he had been diagnosed with prostate cancer, stepped down from his position as head of the USOC. The New York Times reported that the board of USA Gymnastics had resigned in January at Blackmun’s urging.

Hogshead-Makar says the Nassar victims were a united and vital force in bringing about the statute’s passage.

“I could have been working at the margins,” she says. “The earthquakes that we’ve had required truly exceptional victims who were eloquent and were together.”

The new law gives the USOC and its national governing bodies a legal duty to prevent the sexual, physical and emotional abuse of amateur athletes.

The statute requires those involved with U.S. Olympic and amateur sports to report any allegations about the sexual abuse of amateur athletes to law enforcement within 24 hours of a complaint.

In addition, the law extends the statute of limitations for victims and makes clear they can recoup at least $150,000 in statutory damages, as well punitive damages and attorney fees. Though not part of the legislation, the insurance issues Hogshead-Makar and others raised were gradually improved as well.

“About 60 percent of all children will play a sport, and up until now, many of them had been really unprotected,” Hogshead-Makar says. “Piece by piece, we have built a legal basis to protect kids in the Olympic movement.”

However, Hogshead-Makar says more work remains to be done. She highlighted that as of August, the U.S. Center for SafeSport had already received 1,200 complaints of sexual abuse since its opening last year. A majority of the claims stemmed from recent incidents.

But Hogshead-Makar is hopeful the broad coalition of groups that supported the federal safe sport law will help ensure it is effectively implemented to protect athletes.

She also wants to continue her work to help athletes gain confidence in speaking out against all types of misconduct.

Han Xiao, chair of the USOC’s Athletes’ Advisory Council, says Hogshead-Makar has long been an inspiration to competitors concerned about abuse in sports.

“Nancy was one of a handful of attorneys who were very courageous early on in the movement when it was still a very difficult topic to talk about,” says Xiao, who competed internationally in table tennis. “There was a lot of skepticism and defensiveness in our community before the Larry Nassar situation came to the forefront.” 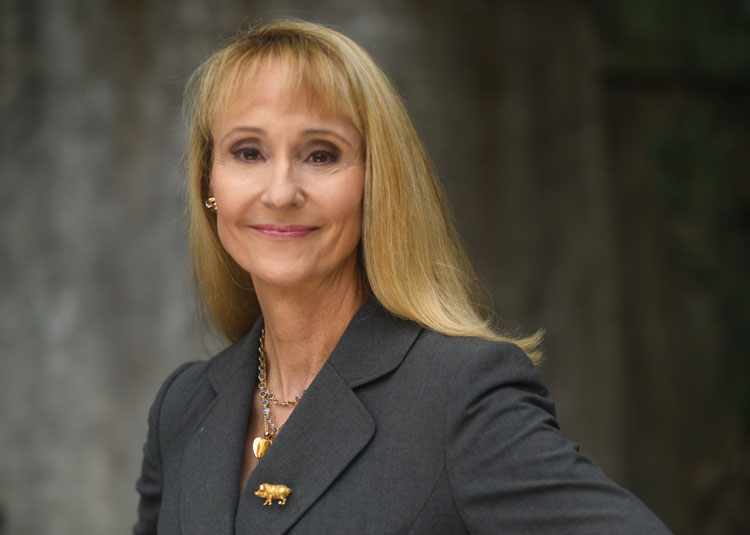 ‘TRAUMA IS NOT A PERMANENT STATE’

Hogshead-Makar knows from personal experience how challenging it can be to speak about sexual abuse.

During her time as a student at Duke University in the early 1980s, she was pulled into the woods by a man while she was out running and raped. Her attacker was never caught.

With the strong support of the school and others, Hogshead-Makar was able to slowly heal from the traumatic experience and resume competitive swimming. At the 1984 Olympics in Los Angeles, she captured three gold medals and one silver.

But for many years, Hogshead-Makar preferred not to share the story of her assault.

It was human rights activist Richard Lapchick who helped convince her to do so. The two met not long after the 1984 Olympics, and she says Lapchick quickly became a mentor.

Lapchick is the endowed chair of the DeVos Sport Business Management Program at the University of Central Florida, but decades ago, he was a leading American advocate of using sports boycotts to protest apartheid in South Africa. In 1978, he and others helped convince the financial backers to pull out of a planned Davis Cup tennis match in Tennessee between the United States and South Africa.

It took Lapchick a decade to speak publicly about the incident, the New York Times reported, and tennis player Arthur Ashe played a key role in convincing him to share what happened.

According to Hogshead-Makar, Lapchick helped persuade her that telling her own story would help other women who are trying to rebound from sexual assault.

That’s why she shares this message with victims of sexual abuse: “However bleak and bad that you think it is, there really is healing for trauma. Trauma is not a permanent state.” 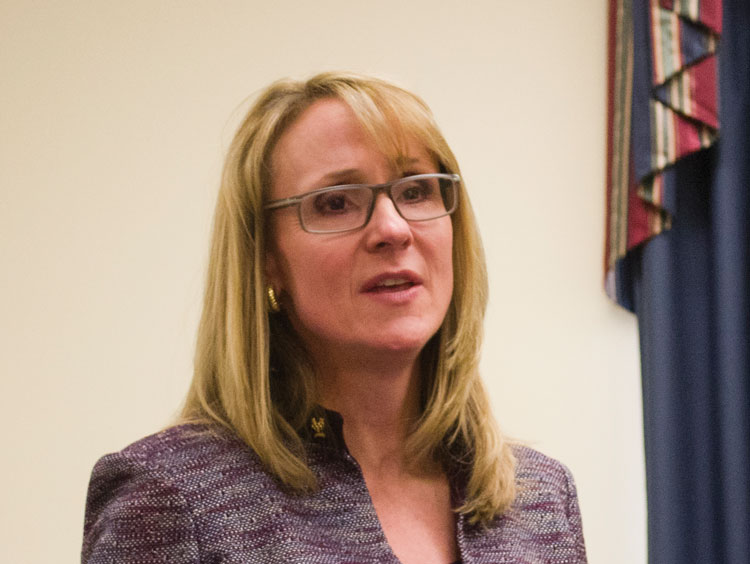 By the mid-1990s, Hogshead-Makar began pursuing a legal career, having finished her competitive swimming at the 1984 Olympics. She graduated from Georgetown University Law Center in 1997.

She worked at Holland & Knight in Florida for four years before joining the faculty at Florida Coastal School of Law, where she taught for more than a decade. She has also served as senior director of advocacy at the Women’s Sports Foundation.

In 2014, Hogshead-Makar founded a nonprofit she leads called Champion Women, which advocates for equality for girls and women in sports.

She credits the ABA and its members with being longtime supporters of such efforts.

Hogshead-Makar was the co-chair of the Section of Civil Rights and Social Justice’s Committee on the Rights of Women from 2003 to 2012, and she has spoken at a number of ABA events. She has also worked with ABA members to file amicus briefs in cases of interest.

Hogshead-Makar’s work on behalf of athletes has earned her the respect of many in the legal community, including B. Robert Allard of Corsiglia McMahon & Allard in San Jose, California.

Allard, who says he led the first known legal team to successfully present claims against USA Swimming on behalf of sexual abuse victims, called Hogshead-Makar a staunch early ally in the movement to protect athletes from abuse. He also says she is a tireless advocate who is always willing to provide help.

“If I were to make one call to someone, and I needed information that I knew was necessary to protect a child, I would call her,” Allard says. “I know she would tell me the truth, fight for my client and would commit all of her resources to the cause.”

Hogshead-Makar says working with and learning from other attorneys such as Allard has been an enjoyable part of a legal career she has found deeply fulfilling. “Being an Olympic champion is something I will always be proud of, but it is being a lawyer and my legal training that has enabled me to make whatever difference I’ve been able to make.”

This article was published in the November 2018 ABA Journal magazine with the title “Proving Her Mettle.”