One law school experiments with accepting the GRE for admissions 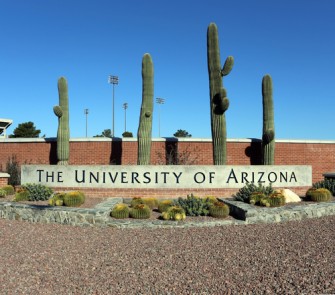 It's a long-standing tradition: Law school applicants take the standardized Law School Admission Test. Applicants' scores on the test, which is given four times a year, can determine the range of schools for which they can expect a reasonable chance of admission. It's accepted by the ABA and used by the vast majority of ABA-accredited law schools.

But in a recent development, a few law schools are experimenting with allowing applicants to submit scores on the Graduate Record Examination instead of the LSAT. Unlike the LSAT, applicants can take the GRE year-round at different computer centers around the country. Most graduate schools use the GRE, but not law schools.

The leader in this new policy is the University of Arizona. “We are the only profession or discipline whose regulations require that a standardized test be used for admission,” says Marc Miller, dean of the James E. Rogers College of Law. ”We believe the LSAT was overly weighted in admissions here and elsewhere, and we wanted to broaden the pool of applicants.”

The Educational Testing Service, which administers the GRE, conducted a study for the Arizona law school providing empirical support for the “reliability and predictive validity of the GRE general test for use in admissions at Arizona.”

“We believe, as the ETS study indicates, that the GRE is as good or better a predictor of law school success here … than the LSAT,” Miller notes. ”We think further study will find similar results at other law schools, and ultimately that the findings can be generalized.”

“The ABA standards require that we use a ‘valid and reliable test’ in our admission decision,” he says. “That is what we have demonstrated through the ETS study for Arizona with the GRE.”

That may be true, but it is also something the ABA’s Section of Legal Education and Admissions to the Bar wants to determine for itself.

The Council of the ABA Section of Legal Education and Admissions to the Bar, which accredits law schools, may decide to accept the GRE as a valid test.

“The council’s Standards for Approval of Law Schools require law schools to require applicants to take a valid and reliable admission test as part of the law school application/admissions process,” explains Barry A. Currier, managing director of accreditation and legal education for the section. “If that test is not the Law School Admission Test, then the law school must demonstrate that the test it allows is a valid and reliable test to assist the school in assessing an applicant’s capability to satisfactorily complete that school’s program of legal education.”

But the GRE question isn’t the only matter being considered. “The council also has on the table the question of whether it should develop a process that would allow it to determine whether standardized admissions tests, such as but not limited to the GRE, might be validated for use by all law schools,” Currier says.

Some believe use of the GRE in law school admissions could increase applications and broaden access. The ETS study provides that the GRE test “could also expand access to legal education.”

“Applicant pools and class sizes are shrinking at most law schools, I think,” says Catherine Christopher, an assistant professor at Texas Tech University School of Law. “If law schools can satisfy themselves that the GRE is a valuable tool to assess prospective students, I think they should certainly consider it.”

“Many more people take the GRE than the LSAT each year—about five times as many,” explains Christopher. “If a law school accepted the GRE as an admissions test, those GRE takers could apply there without having to prepare [and pay] for a separate exam.”

Miller sees the GRE experiment as part of a reconsideration of the way students are admitted to law school.

“The use of the GRE in JD admissions is one piece of a broad set of changes that we think are responsive to challenges in legal education,” he says, “to the goal of broadening access to legal education, to changes in the legal profession, and ultimately to answering the puzzle of how the profession will provide legal services to all who need them.”

“I think law schools want to experiment with different ways of evaluating applicants and predicting success,” says Erwin Chemerinsky, dean of the University of California at Irvine School of Law. “A few schools are experimenting with the GRE; some are talking about using other types of tests. This is less about the GRE in particular and more about allowing experimentation.

“In general terms, there is a correlation between LSAT and bar pass rates and a correlation, although weaker, to first-year grades,” he says. “The LSAT, though, does not predict success as a lawyer. And it may disadvantage some who will be excellent attorneys but don’t do well on the LSAT. The value of experimentation is to try other measures that might be better in this regard.”

Christopher, meanwhile, sees the possibility for increasing diversity in law school and in the profession.

“For me, the interesting question is whether accepting the GRE would attract a different pool of applicants—more racially and ethnically diverse—or students with different skill sets, experiences or expertise,” she says. “I think communities benefit tremendously when their lawyers and law students reflect the characteristics of the population as a whole.”

This article originally appeared in the July 2016 issue of the ABA Journal with this headline: “Testing a Test: One law school experiments with accepting the GRE for admissions.”