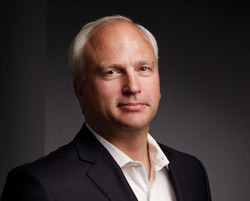 It was a brutal home invasion. a man disguised with a stocking over his face broke into a Wheeling, Ill., home. He handcuffed the woman inside, sexually assaulted her, and stole cash and jewelry, including a Cartier watch. Police in the Chicago suburb sent out a critical bulletin, which in turn sent detective Frank Sardo into high-tech action.

Sardo, who is with the Franklin Park Police Department, signed in to LeadsOnline, a private computer database. He saw that on the day of the home invasion, a Cartier watch had been pawned at a Chicago shop. He printed out the receipt, and two days later another bulletin was dispatched with the serial number of the watch.

“It was a match,” Sardo says. “So I called Wheeling very quickly and faxed them the receipt. They said I broke the case for them.” A suspect is in custody awaiting trial.

What Sardo had at his disposal (and Wheeling did not) is a tool that about 1,500 municipal police departments in the U.S. are using to help solve property and violent crimes, says Dave Finley, the CEO and president of LeadsOnline.

Some 11,000 detectives from 38 states use the system just to track pawnshop transactions. Police departments of several large cities, including Dallas, New York and San Francisco, also are on board. And the service has won praise from pawnshop owners, police and attorneys on both sides of criminal courtrooms.

LeadsOnline was founded in 2000 at the prompting of a Dallas pawnshop owner. Finley became CEO in 2003 and sole owner in 2006. The company database now contains more than 280 million reports and adds 200,000 each day, Finley says.

But it’s not the only private firm to collect data useful to criminal investigations. Business Watch International, based in Regina, Saskatchewan, provides a similar service for 280 law enforcement clients in North America, according to its website. Most are in Canada, but it has started penetrating the U.S. market.

LeadsOnline records data on scrap metal sales, pseudoephedrine sales and second-hand store transactions; it includes sales transactions from eBay, which has 1 billion transactions a year and refreshes the data it provides every 90 days, says Paul Jones, the global director of asset protection for eBay.

By law in every U.S. jurisdiction, all pawnshop transactions must be recorded and made available to local police. Known as tickets, the records contain the name and driver’s license or state identification information of the person who pawned an item, and a detailed description of the item pawned. Police officers collect the tickets and scan them occasionally if they receive a report of stolen property.

LeadsOnline, based in Dallas, capitalizes on the reporting requirement by selling access to a clearinghouse of pawnshop transactions across the country. Pawnshop owners in some jurisdictions electronically submit pawn tickets to Leads-Online. Police departments that subscribe to the service can search the database using a suspect’s name or description of a stolen item.

Finley says detectives used to “go from pawnshop to pawnshop and pick up tickets, but we can take all that information electronically so they don’t have to go do that manual legwork. They can also see across jurisdictional boundaries, so if someone stole something in Chicago and pawned it in Vegas,” police will be able to track the stolen item and get a lead on a possible suspect.

“Mayberry can enjoy the same tools as NYPD to solve crimes,” Finley says.

The cost to taxpayers for police access to the database depends on the size of the police department, Finley says. A small department of a dozen sworn officers would pay $1,300 a year, while large forces like the New York Police Department pay in the six-figure range.

Arkansas uses another service launched by LeadsOnline to track sales of substances that contain pseudoephedrine as part of its battle against methamphetamine manufacturers. Legislation passed in 2007 requires all pharmacies that sell cold medicines containing pseudoephedrine to swipe the customer’s driver’s license and report the sale to LeadsOnlabs, says Brad Phelps, the chief deputy Arkansas attorney general.

The number of policing agencies subscribing to LeadsOnline has risen dramatically over the last five years, Finley says. “The thing that’s really driving this is the efficiencies that are mandated by this economy. Law enforcement agencies are not able to staff like they’d like to, which means their tools and resources have to be highly effective.”

The fencing unit at the San Francisco Police Department consisted of eight officers and a secretary before 2007, when the department signed up with LeadsOnline, says officer Juan Gomez. “Now, it’s much easier and consists of me doing it part time. We’ve cut down on personnel.”

Robert Verhoeff, a pawnshop owner and past president of the Collateral Loan & Secondhand Dealers Association of California, describes the LeadsOnline law enforcement tool as a win-win situation.

“As our industry has grown, increasingly there has been a larger burden on law enforcement agencies to try to sort through the transactions to track the bad guys,” Verhoeff says. “We want to have a close relationship with law enforcement. We want to help solve crime,” says Verhoeff, who owns seven pawnshops in Northern California and screens his customers by testing their knowledge of the items they’re seeking to pawn. “It is not in our benefit to provide a funnel through which crooks can dispose of ill-gotten goods.”

Both defense lawyers and prosecuting attorneys associations appreciate LeadsOnline as a resource in crime-solving.

Jack King, a spokesman for the National Association of Criminal Defense Lawyers, notes that other law enforcement functions have been privatized, including DNA and other forensic testing.

“So long as they’re not invading people’s personal privacy, there’s probably nothing wrong with this type of database,” King says. “Properly used, it should help owners be reunited with their property, and apparently it is doing that.”

He says the database is merely providing police with leads, not necessarily substantive evidence of guilt, so defense lawyers would be hard-pressed to create a suppression-of-evidence remedy for such leads.

And Scott Burns, executive director of the National District Attorneys Association, says, “Obviously, America’s 39,000 prosecutors and thousands of victims across the country benefit from LeadsOnline as law enforcement is able to solve more cases.”