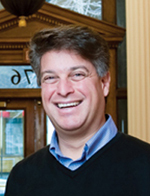 Having launched an outsourcing general counsel business nine years ago, Jon Levitt noticed a significant change after the recession began. Potential clients of Outside GC now get it as far as his business model is concerned.

Oh, and the Boston-based firm more than doubled in size since 2007—it now has 27 lawyers.

“When we started, no one understood the concept of fractionalized general counsel,” says Levitt, whose company hires only lawyers with deep experience as in-house counsel, usually on top of significant law firm backgrounds. “Now that legal services are under the microscope, they see value in getting an experienced in-house lawyer on site when needed, and at associate rates.”

Outsourced general counsel work has been around for a while, both informally with former in-house lawyers networking into flexible jobs, and on the larger scale, such as Axiom Legal with 275 lawyers servicing primarily Fortune 500 companies.

Outside GC and a growing number of other, smaller firms have been carving a crease within the niche. They target small-to-midsize businesses that have few or no in-house lawyers. The on-demand lawyers can parachute into a company, even as a C-level executive, and stay for as long or as briefly as needed.

TOP OF THE TEMPS

The $2 billion life sciences company Perkinelmer brought in two lawyers from Outside GC to work at a senior level during a search to fill openings to lead the legal work for two business divisions.

The temps had “at least 20 years’ experience each, a combination of in-house and law firm experience, and effectively became part of the team,” says Joel Goldberg, general counsel for PerkinElmer in Waltham, Mass.

PerkinElmer ended up hiring one full time; and the other, though the position eventually was filled, is still managing litigation that was under way in that division. Some others in this niche aim almost solely at companies, often startups, with no legal department.

“We look to grow with a company and expand and contract as they go through their growth cycles,” says Stuart Blake, who in 2005 started his company, the General Counsel. He now has about 15 lawyers on assignment with particular clients one to two days a week.

“Typically we’re not doing overflow work,” says Blake, who began in Orange County, Calif., and has expanded into Los Angeles, San Diego and San Francisco. “We’re it for them.”

The big draw to this outsourcing, of course, is cost savings. Fees typically run about a third of the going rate.

Levitt says that when he started Outside GC he intended to bill on monthly retainers, but the clients wanted hourly rates. Blake’s business took him in the other direction.

As might be expected, these kinds of law firms have been inundated with job applications recently. But they started out small and choosy, and the bar keeps rising given the availability of good lawyers hunting for jobs.

“I frequently get [job candidate] referrals from other attorneys, or they’re looking us up on their own,” says Michael Carroll, the principal of Irvine, Calif.-based CorpGen Counsel. He started small in 2008 and has two other lawyers with him, as well as sometimes using three others on a contract basis.

Carroll began his career at a big New York City firm, Willkie Farr & Gallagher, and then worked as general counsel for a good-size financial company.

“Some of my law firm friends have asked whether this is a law firm or a solo practice,” he says. “The answer at this point is that I don’t know. But whatever it is, I like the flexibility, and it’s growing.”