How to incorporate big data into your day-to-day toolkit 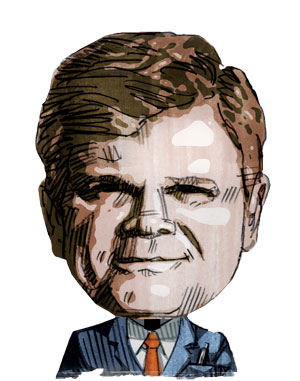 When in 2004 Google announced its ambitious project of scanning all books ever printed and amassing the information into a huge database, perhaps nobody understood the full ramifications of the endeavor. But lawyers may have sensed as well as any group some of the implications. After all, lawyers had been working with full-text searches on Westlaw and Lexis since the early 1980s. Those case law databases were a microcosm of all the texts available in major libraries.

By the time the Google project had scanned 12 million books in June 2010, many law firms had (coincidentally) stopped subscribing to hard-print editions of state and federal cases. These were all available in legal databases. Meanwhile, Google had opened up entire libraries, including legal treatises that were once electronically inaccessible, to full-text searchability.

When teaching legal research to practicing lawyers, I’ve recommended starting with Google Books. Anything that has been dealt with in books is now searchable in a very intuitive way. I recommend trying the advanced-search function of Google Books and using the “exact phrase” box. It’s easy for anyone with experience in electronic legal research.

Let’s say you need to know whether a restrictive endorsement on the back of a check — one that says “In full and final release of all claims”—works as a release. I had this very question arise, and I spent two hours formulating searches on a legal database to try to find Texas cases: “release /s check /s endorsement,” etc. Lots of variations. It was not only that I couldn’t find Texas cases. I couldn’t find cases generally—not ones that squarely addressed the reliability of such an endorsement.

But Google’s Advanced Book Search solved the problem in seconds: An exact-phrase search for “check marked payment in full” brings up many sources, including major treatises. Here’s part of what Murray on Contracts (2011) says: “When the creditor cashes a check marked ‘payment in full’ tendered by a debtor where the obligation is unliquidated or honestly disputed, the accord and satisfaction occur simultaneously.” And Anderson on the Uniform Commercial Code (1970): “When the amount due by the drawer is in dispute, the receipt and cashing by the creditor of a check marked ‘payment in full’ discharges the obligation of the debtor.”

The surrounding context of both discussions tells you that the doctrine you’re looking for is accord and satisfaction. The most extensive discussion of the point appears in Williston on Contracts at Section 73:44. Williston declares that “In full and final release of all claims” should appear not only above the endorsement block but also on the front of the check in the memo line.

Even a Google Books search of “restrictive endorsement” in the context of “full,” “final” and “release” calls up lots of secondary sources citing primary sources, as well as the primary sources themselves. It’s an extraordinary research tool.

When Google embarked on its massive scanning enterprise, a brilliant programmer and mathematician named Jon Orwant decided he wanted to be part of the program. He was one of the inventors of the Google Ngram Viewer, launched in 2010, which offers graphs showing the relative frequencies of terms in the Google Books corpus. It’s an extraordinary tool with myriad uses.

But let’s say you want to know whether and hold harmless is ever necessary. Isn’t that just a doublet for indemnify? Google won’t help much here, but it can yield some interesting data. A Google Ngram shows that indemnify the has been much more frequent throughout history than indemnify and hold harmless the (the five-word string is as long as an Ngram will allow):

But this graph isn’t dispositive because (1) the references are probably mostly to printed books, including lay books, as opposed to quotations of contracts; and (2) the usual wording in contracts is indemnify the company and hold it harmless, not indemnify and hold harmless the company. So the data aren’t rock-solid here. They provide only a weak indication of whether indemnify alone suffices without and hold harmless. Big data alone won’t always give you an easy answer.

Just so you know the answer to this question: Indemnify and hold harmless were historically interchangeable. One is Latin (through French), the other Anglo-Saxon. They’re perfectly synonymous. But in the late 19th century, a few American courts held that if they were read as being synonymous, the courts would be reading surplusage into the contracts they were interpreting. These courts therefore purported to create a distinction, mostly by saying that indemnify applies to third-party liabilities and hold harmless to first-party liabilities. That’s the minority rule today, in about a third of the states. The majority rule is that the phrases remain synonymous.

Don’t Give Up on Paper

Lawyers have long thought we’re in a transitional period between paper information and digitally coded information. It may be that rather than giving up on paper, we’re actually working out an accommodation between the two. Book publishers, for example, have begun to realize that paper isn’t going away: Digital downloads of books fell last year, while sales of paper books rose. Consumers prefer only certain types of books online (dictionaries and encyclopedias among them). College students I’ve polled say they prefer having books for their reading assignments as opposed to electronic downloads.

In any event, the paper codex is sometimes superior. Recently a partner at a major firm was my guest for a drink at my house. He told me about a case he was working on: He needed to demonstrate that, as legislative history goes, committee reports are much more reliable than floor speeches by legislators. Having recently touched on the subject myself, I told him that there are dozens of law review articles making precisely that point. He said he wanted a reliable treatise that would amount to unanswerable authority.

Glancing at my bookshelf, I said that Sutherland’s Statutes and Statutory Construction would surely have something on point, and a quick look at the index for the current edition took us straight to a black-letter section saying that committee reports are much more accurate and authoritative than floor speeches. Total time for locating the section: 30 seconds.

I asked my friend how long that would have taken online, and we agreed that it might have taken five minutes just to get into the right database. And because the material we needed is under copyright protection, Google Books wouldn’t be able to give us the full passage. So in this instance, paper was the more efficient means of locating the authority he needed.

“Why didn’t you think of looking it up in your law firm’s copy of Sutherland’s?” I asked.

“We got rid of it,” he said glumly. “Our library has gone digital.”

Bryan A. Garner, the president of LawProse Inc., is the author of many books, including The Winning Brief and The Redbook: A Manual on Legal Style. Since 1995, he has been the editor-in-chief of all editions of Black’s Law Dictionary.