Paralegal market is red-hot thanks to hybrid and remote work 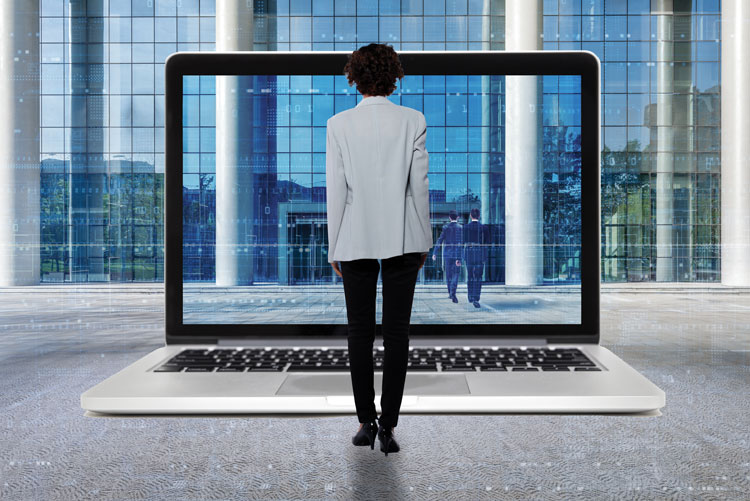 With virtual office platforms, you can see whether colleagues are available to chat, eat lunch together as avatars sharing a cyber picnic table or exchange ideas on interactive whiteboards.

These programs are meant to help build teamwork and office camaraderie while increasing productivity, but some lawyers make the mistake of using the platforms to micromanage staff.

“What an attorney was doing was taking the technology, and if their staff wasn’t there on the dot, they’d say, ‘I saw you got in at 8:01,’” says Stacey Lake, an inactive paralegal and business owner whose work focuses on nonlawyer legal staffing.

These days, that’s not a successful strategy for retaining support staff, who have seen significant growth in available jobs, with employers willing to pay significantly more and let them work from home as much as they want, Lake says. She adds that paralegals and other nonlawyer employees—she refers to both as “teammates” rather than staff—are in high demand, and many employers are having a hard time hiring and keeping them. It’s a seller’s market for paralegals.

According to the U.S. Bureau of Labor Statistics, employment of paralegals and legal assistants is expected to grow 12% between 2020 and 2030, and that’s faster than the average for all occupations.

In the Los Angeles area, Lake says, the annual salary for paralegals with 10 or more years of experience now ranges from $65,000 to $120,000. Remote work arrangements, which were uncommon pre-pandemic, today are nonnegotiable for many candidates, according to Lake and others.

That’s been hard for some lawyers to accept.

“There is a big control aspect, and sometimes attorneys have trouble trusting the team. They are operating under the risk of malpractice, so I’m sure that fear drives the control,” says Lake, adding that rather than focusing on where and how much someone works, lawyers should think about their own goals and how the people they supervise can help meet them.

Pre-pandemic, median annual salaries for paralegals ranged from $50,000 to $52,000 nationally, according to Carl Morrison, director of legal operations for MGM Resorts International/The Cosmopolitan of Las Vegas. He also serves on the ABA Standing Committee on Paralegals’ Approval Commission.

He’s seeing an uptick in remote paralegal positions, including at in-house legal departments.

There are “old-school lawyers” who want to print everything out, but a growing number of attorneys embrace technology, says Morrison, who thinks paralegals working remotely often do more than if they were in a physical office.

“Paralegals I have spoken with about this topic agree that it’s easy to squeeze in a little extra work after they’ve put a child to bed at night, or in between doing laundry or other household tasks,” Morrison adds.

Acceptance of remote work tends to vary by industry, according to Barbara Larson, executive professor of management at Northeastern University’s D’Amore-McKim School of Business. For work centered on regulation, including the practice of law, there tends to be more reluctance, she says.

“Anything that involves high levels of sensitivity or secrecy, there would be more resistance and more concern that remote cannot be done well. That shift of mindset is a bigger stretch,” adds Larson, whose work includes a 2020 Harvard Business Review article titled “A Guide to Managing Your (Newly) Remote Workers.”

For the long term, Larson thinks that many employers will have hybrid work models in which employees are physically in the office a few days per week. She says she’d be surprised if most employers go back to requiring people to work out of a physical office five days per week for jobs that don’t require a physical presence.

Molly McGrath, who does paralegal recruiting work and advises law firm management on hiring and training support, is launching a book in January titled Fix My Employees.

“That’s what I hear from attorneys all the time. Here’s the deal, though—they really need to be on high alert for retaining employees,” says McGrath, adding that many sought-after paralegals are interested only in jobs that don’t require going to an office.

She also claims legal employers tend to have a poor framework for employee communications and feedback, and remote work often draws attention to the problem.

McGrath hears two frequent complaints from paralegals: Client files get backlogged with lawyers, and it’s hard to get attorneys’ attention or feedback. So if lawyers fear long-term remote work arrangements could lead to a breakdown in staff communications, the problem may already exist with their workers in the office, according to McGrath.

She adds that daily check-ins and respect can go a long way with workers. Check-ins are easily done remotely with videoconferencing software and cloud-based communication tools.

“Employees simply value time, attention, feedback and leadership over money. When you hire right and provide employees with consistent, intentional time and leadership, they will never leave,” she says.

This story was originally published in the October/November 2022 issue of the ABA Journal under the headline: “In Demand: Thanks to hybrid and remote work, the paralegal market is red-hot.”