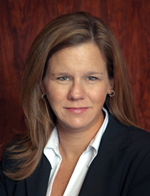 In a global economy, tasks done outside regular work hours in the U.S. may occur during business hours where a deal is being negotiated. So some companies have handed out smartphones —once issued only to senior executives—to sales associates, information technology workers and others outside the executive suite.

Employees are accessible around the clock, creating the expectation that the company or its clients can reach the employee anytime. And that can run corporations into legal trouble under the federal Fair Labor Standards Act.

In August, a group of AT&T Services Inc. employees sued the communications giant, claiming they should have been paid for being on call to handle IT service calls. And in 2008, sales associates sued AT&T Mobility in federal court in New York City for back pay and unpaid overtime spent responding to e-mails after work hours. Both cases are pending.

Generally, salaried employees are exempt from the FLSA, but nonexempt employees are frequently issued smartphones because of the nature of their jobs.

With workers seeking pay for such after-hours work, companies and their law departments are wrestling with policies for smartphone use. And larger employers are bracing for an onslaught of class action suits.

“A nonexempt employee should receive overtime pay for work done on BlackBerrys, iPhones, pagers, et cetera when such work causes the employee to exceed 40 hours in a workweek or, if applicable, exceed a certain number of hours in the workday per state law,” says Nancy Cornish Rodgers, an associate at Kissinger & Fellman in Denver. “The same analysis employers undertake when determining traditional work hours should apply when evaluating the time an employee spends after hours working on smartphones.”

“It’s the class action that’s going to be the problem for employers,” says Amy McAndrew, of counsel at Pepper Hamilton in Berwyn, Pa. “Depending on how big your workforce is, like a Coca-Cola or a Microsoft with thousands of nonexempt employees, you could be on the hook for a lot of money. That’s where the plaintiffs attorneys are going.”

Lawyers for employers are suggesting policies be put in place to minimize exposure to suits. David Barron, a partner and employment specialist at Epstein Becker & Green in Houston, says, “You need a general off-the-clock policy so that if you’re doing work as a nonexempt, it’s your duty to report that through a timekeeping system.”

Given the current business climate, however, employees are likely to push the boundaries.

“The reality is, as an employer you really do want your people to be reachable,” McAndrew says. “You can let them know the smartphone is really only for emergencies, so they shouldn’t be checking e-mails every 15 minutes while they’re home.

“But in a recession, people are concerned about their jobs, and if you give them the device, they’re probably going to use it.”