How can employers reduce the risk of Pokémon Go? 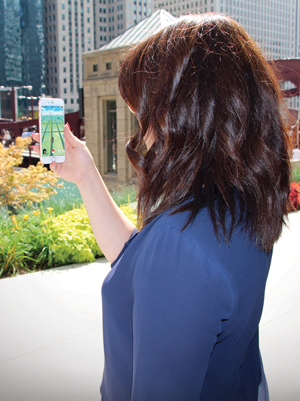 Thirty-year-old Ryan Carter has no problem admitting that he used to play Pokémon Go every chance he got—even at work.

“All you have to do is open the app; you don’t leave to physically play it. Never a conflict playing at work,” says Carter, who’s a warehouse employee in Jacksonville, Florida.

While tracking down the augmented-reality characters that became popular with gamers in the 1990s may not pose a problem for Carter, it’s concerning for employers as they try to manage the Pokémon craze, says Philippe Weiss, managing director of Seyfarth Shaw at Work, a legal consulting company.

According to Weiss, attorneys are struggling with how best to advise their clients of unique risks associated with the app, which are a case of first impression.

For example, he says one client almost had a visitor walk into a grain silo while chasing the elusive creatures. Then there’s the possibility that trespassers, or even a company’s employees, pursuing Pokémon could get hurt if they’re in areas that are normally off-limits. Or employees could inadvertently be exposed to confidential material after wandering into “sensitive” areas, he adds.

“We’ve gotten calls from the safety and performance standpoint from the very beginning of this phenomenon,” Weiss says.

And the digital game is indeed a phenomenon. While data trends show that Pokémon Go play may be in decline, its peak numbers made it the most popular mobile game of all time, according to Survey Monkey Intelligence. The app works in conjunction with the GPS on your phone, and the goal is for users to capture the virtual characters they see around them.

Weiss notes that while players may be immersed in augmented reality, managers need to be aware of what’s happening around them. He suggests rechecking all physical areas—not only building facilities but also the perimeter, which is where intruders are likely to show up. If you have gates, make sure they’re locked.

“This is an opportunity to be more vigilant in terms of performance deadlines in general and accuracy at work,” Weiss says. One way mangers can do that, he says, is by being attentive to customer concerns. If an employee is distracted and not offering good customer service, there’s a good chance the client will notice it first.

Weiss says many companies already have policies that deal with many of the issues Pokémon Go presents, so it’s important to review what’s already in place. A business’s electronic communications policy might already prohibit accessing certain sites or phone games at work or on work-provided devices. According to Weiss, some companies have taken the extra step of including Pokémon Go on the list after experiencing actual safety repercussions as a result of play on the clock.

What is critical, Weiss notes, is that employees “prioritize performance over Pokémon,” or there will be consequences.

Meanwhile, Carter says his Pokémon-chasing days could be over. He’s not a fan of the latest update. Overall, he thinks the game still has its upside.

“I think it really gets you out. You can explore different parts of your neighborhood. It gets you a new adventure,” he says.

Weiss cautions that the game can be distracting and addictive and ultimately cause a problem at work.

“You have to know when to say Pokémon stop,” he adds, “instead of Pokémon Go.”

This article originally appeared in the October 2016 issue of the ABA Journal with this headline: “Pokemon Go at Work: How employers can reduce the risk of gameplay.”