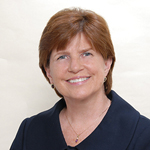 The U.S. legal profes­sion has been through financial downturns before. In the past, law firms generally would get through the turbulence pretty well and often even take advantage by nimbly moving into new practice areas.

But this time it’s different. This re­cession is hitting lawyers nearly as hard as it is many of their clients. And every segment of the profession has felt the impact—partners at some of the most prestigious firms in the country, in-house counsel, neighbor­hood attorneys, public defenders and staff lawyers at legal aid offices, even law students entering the job market.

Nearly 24,000 jobs in the legal field, including both lawyers and support staff, were lost between March 2008 and March 2009, according to the Bureau of Labor Statistics at the U.S. Department of Labor. Joining a big firm no longer promises the security it once did, and not even government work is a safe haven. Increasingly, it appears that the legal profession is changing in fundamental and often troubling ways.

And now there is growing concern that all this uncertainty is taking an emotional toll on a profession already prone to a higher incidence of depression than the general population.

In addition to its own debilitating effects—including breakdowns in personal relationships, poor work habits and ethics lapses—depression sometimes leads to substance abuse and suicide.

These concerns were brought tragically home by the apparent suicide on April 30 of Mark Levy, a distinguished lawyer who headed the U.S. Supreme Court and appellate advocacy practice at Kilpatrick Stockton in Washington, D.C. Levy was found dead in his office of a gunshot wound, reportedly only a few days after the firm told him he was being laid off along with about two dozen other lawyers.

“Every time I look at an ABA newsletter there are stories about another round of layoffs—everybody’s feeling it in every corner.”

“We want to let more people know they can get referred to the programs when lawyers are struggling with stress-related issues, and we’re working with LAPs around the country to get the word out,” says Childers. 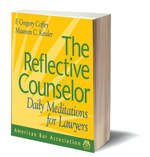 The commission also is one of the entities that posted materials on the ABA’s new Economic Recovery Resources Web portal, which aims to help lawyers cope with the recession. In addition to addressing stress management, the website offers tools for job searching, practice development, continuing legal edu­cation and insurance, as well as reference materials.

Childers says the commission is developing an initiative to urge states to create assistance programs specifically for judges.

In May, the commission co-sponsored a CLE teleconference titled “What Lawyers Need to Know About Suicide During a Recession.” The program, whose other sponsor was the Young Lawyers Division, focused on what responsibilities lawyers have in relation to clients, colleagues and employees who may be suicidal.

Although statistical information about suicide among lawyers is sketchy, Childers says the apparent trend is alarming. “We don’t have hard figures,” he says, “but in Ten­nessee we had nine suicides in an 18-month period between ’05 and ’06”—long before the recession began to have an impact. Similar numbers have been cited by bar officials in a few other states, he notes.

PILING ON THE STRESS

The Cleveland Metropolitan Bar Association is one of the state and local bars that have ramped up efforts to communicate with lawyers about the increased risk of depression during the economic downturn. The Cleveland bar has run articles in its magazine and conducted seminars on how to deal with depression, says bar president Michael E. Brittain.

It is important to remind stressed-out lawyers that “the best thing you can do is take a few steps back and think of ways you can bring balance back,” says Brittain, a partner and executive committee member at Calfee, Halter & Griswold in Cleve­land. “Let’s try to remember it’s not all about billable hours and generating revenue.”

But Brittain, Childers and others acknowledge that, for most lawyers, that’s easier said than done.

“It’s tough for lawyers to dial back when they’re laid off,” says Brittain. “They can’t just turn the ignition key off and go back to living what most people would call a balanced life.”

“When you get laid off, you worry about your bank account and your reputation,” says Ner­ison, who is based in Seattle. “You worry that other lawyers might wonder what’s wrong with you. If you’re a solo, you’ve seen business drop off, and even if you’re still working, you’ve seen the number of clients drop off, so there’s worry there, too.”

Compounding the problem is the fact that the pressures of the recession are adding to anxieties that already were widespread in the legal profession, even in good economic times.

For instance, a 1990 study conducted at Johns Hopkins University in Baltimore compared rates of depression for members of 104 professions. Lawyers were at the top of the list. They were 3.6 times more likely to suffer from depression than the overall norm.

Nerison says she wasn’t surprised at those findings, given the nature of legal work in the United States. “Lawyers fight for a living,” she says. “It’s the only profession where it’s your peers’ job to make you wrong publicly. Many lawyers say they got into the legal profession to help people, and so they find themselves in this adversarial role, where they have to fight to help people—and constitutionally they’re not suited for it, so they get anxious and depressed.”

Brittain says the personality traits that help people thrive as lawyers can also make them susceptible to depression. “Psychologists say pessimists are attracted to the law, and it’s a great selection factor for keeping clients out of trouble,” he says. “Lawyers also tend to be perfectionists, and to do that they want to be in control, which creates a lot of disappointment because perfection is rarely achieved.”

On top of that, he says, lawyers often find it difficult to seek help because they “fear the stigma from possibly being identified as someone suffering from depression.”

LOOK FOR THE SILVER LINING

Responding to that sense of professional loneliness was a key factor in Maureen C. Kessler’s decision to write, with co-author F. Greg­ory Coffey, The Reflective Counselor: Daily Meditations for Lawyers. Pub­lished by the ABA in 2008, the book is a collection of 365 essays, each accom­panied by a reflective quote, that take a meditative approach to the practice of law. Kessler practiced securities law in New York City for 30 years before becoming an ordained minister who has served as a chaplain at the Nassau County Correctional Center. Coffey is a psychologist and life coach.

“What happens is, you’re caught up in the political situation surrounding the work, it’s full of stress and pressure to produce more, and we forget why we came to the profession in the first place,” Kessler says. “So you start out on this great big wonderful adventure, and next thing you know, you’re as disgruntled as anybody.”

If there is a silver lining to the recession, it is that it may encourage lawyers to rethink their approach to law practice and how it fits into their broader lives.

Kessler urges lawyers to think about new approaches. “Maybe we could find another way to take things a little bit less personally,” she says. “Maybe firms could be put back together in a holistic way if people were loyal to each other in tough times.”

Kessler adds, “The practice of law still opens up a much bigger part of the world than many other pursuits.”

Previous:
How I Spent My ABA Day in Washington

Next:
A Reluctant Rebellion