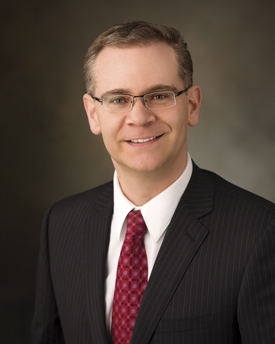 In the emotional fields of criminal law and family law, litigants experience “a substantial loss … and they look to blame someone,” says Stephen Kelson. Photo by Richard Busath Photography.

A murder-suicide right before the attorney’s eyes. At least two instances of opposing parties hiring hit men to kill a former spouse’s lawyer. Telephoned threats to hurt a counsel’s young daughter on her way home from school.

That’s not at all like Stephen Kelson’s day job as a business litigator, mediator and arbitrator at Christiansen & Jensen in Salt Lake City. But studying violence and threats against attorneys has been a side interest for Kelson for two decades—and he’s one of the few Americans who’s investigated the issue.

“If you go out and look, there really is no method to determine the rate of violence against attorneys,” Kelson says. “It happens, but it rarely gets recorded unless there’s something that really catches the media’s attention.”

Kelson’s interest in the topic dates back to the summer of 1997, when he worked for South Africa’s National Association of Democratic Lawyers just a few years after apartheid ended. The association was making a presentation to the country’s Truth and Reconciliation Commission—a body created to look into human rights abuses under apartheid—about how the legal profession had been treated. They found plenty of cases of intimidation and violence, Kelson says.

A few years later, while attending Brigham Young University’s law school, Kelson heard from a professor that there were no studies about how attorneys deal with threats and violence. Kelson took up the subject and eventually published a law review article on it. After he graduated and began working for the Utah court system, he conducted a small survey in one district. Then he convinced the Utah State Bar to do a statewide survey. From 2006 through last year, he’s done surveys in 25 states.

Kelson says he stuck with the surveys, even while building his law practice, because there just wasn’t any evidence out there on violence. Early on, he says, there was anecdotal evidence that violence against attorneys was increasing, but only the U.S. Marshals Service was keeping track—and then only of threats to federal judges.

“I thought that was interesting,” Kelson says, “but I also wanted to try and create a baseline that potentially researchers can go back to.”

Kelson’s surveys show that violence happens against attorneys in all practice areas, but especially against those who work in criminal law or family law. Those are practice areas that can be highly emotional, he notes, because they deal with deeply personal issues like parental rights.

How lawyers deal with this varies, he says. Some go out and buy guns (a choice Kelson says was reported more often in the Southwest). Some talk to mental health professionals. Some “puff up” and issue threats back, he says—but “if you’re dealing with the wrong person, you’re only going to make the conflict worse.”

Kelson believes the best defense against violence is to avoid it entirely when possible by declining or withdrawing from cases with problematic parties. He also suggests that lawyers remove their home addresses from public listings, separate office reception areas from work areas and create “warning words,” so that front-line staff can subtly communicate that someone being admitted could be a problem.

“If it seems like an emotionally unfit client and that it’s going to be a problem, it’s just not a case I’m going to take,” he says.

This article appeared in the August 2017 issue of the ABA Journal with the headline “Problem Clients: For two decades, a Utah lawyer has quietly studied violence against attorneys"

Next:
10 Questions: LA solo brings together musical lawyers in a philharmonic he founded