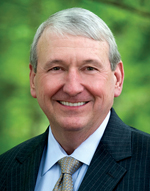 One core value of the legal profession is to promote an independent judiciary. The recession has made the issue more critical than ever. Hardly a week passes without news of jurisdictions severely cutting criminal, civil or juvenile justice programs due to revenue shortfalls. Our ability to maintain courts as an independent branch of government is undermined if they simply do not have the resources they need.

This is high on the agenda of a national ABA summit on fair and impartial state courts to be held in May. The chief justices of each state supreme court are inviting delegations representing all three branches of state government and justice system leadership.

A considerable majority of states have agreed to participate in the summit, signaling that the issue resonates throughout the country. The state delegations will develop strategies to maintain justice system budgets and ensure their courts’ institutional legitimacy by promoting communication, cooperation and collaboration among the three branches of government.

The commission planning the summit is receiving valuable assistance from the National Center for State Courts, which has long been a leader in this area. Re­tired U.S. Supreme Court Justice Sandra Day O’Connor is sharing her well-known passion for these issues as honorary commission chair. Joining her as co-chairs are North Carolina Supreme Court Justice Mark Martin and Philadelphia attorney Edward W. Madeira, who chaired the ABA Commission on the 21st Century Judiciary.

Aside from resource issues, courts face challenges to their independence in many other ways. In states where judges are elected in contested races, voters can be subjected to well-funded appeals to hot-button issues or popular notions of law and order, not to the essential qualities of being a judge.

The issue was particularly brought to light when members of the ABA Board of Governors met in my hometown of Birmingham, Ala., the weekend before the elections. My colleagues were subjected to the sensational TV ads for state supreme court candidates to which most Alabamans sadly have become accustomed. They were justifiably appalled at the negative content and endless repetition.

It is inappropriate to put judges and judicial candidates in positions where they must campaign on issues that will appear before them on the bench. It is wrong to set them up so they must rely on financial contributions from interests that argue before them. No matter how responsible and fair-minded judges in these circumstances are, it is difficult to shake the resulting perception that some litigants cannot get a fair shot at justice.

The U.S. Supreme Court took an important step in clarifying a central issue in this area—the circumstances under which judges should remove themselves from hearing cases—by deciding to hear Caperton v. Massey this term. The ABA filed amicus briefs both at the certiorari stage and on the merits (abanet.org/amicus). It is critical that our highest court offer guidance to the judiciary while reassuring the public of our legal system’s trustworthy stewardship and integrity. The case offers a chance for the court to help define the factors that should guide judges in deciding when—in the interest of justice—they should rule, and when to step aside.

Other threats to fair and impartial courts regularly emerge. South Dakota recently defeated a ballot initiative that would have exposed judges to criminal liability for their decisions. In another state, a prominent interest group reportedly threatened to revise its assessment of the state as “business friendly” because of court decisions it deemed unfavorable.

Judicial merit selection is an especially ripe target. The ABA has long held that the best way to ensure fair and impartial courts is to choose judges through nonpartisan appointment with input from diverse citizen commissions. Though no solution can remove politics entirely from judicial selection, a transparent, commission-based process removes the excesses of campaign rhetoric and cash from the equation. It enables judges to be chosen for their qualifications and to subsequently uphold the law without fear of political retribution.

As officers of the court, lawyers must work to support an independent judiciary, which is possible only when courts are—and are widely perceived to be—fair and impartial, when our justice system is effective, efficient and equipped to meet society’s needs.