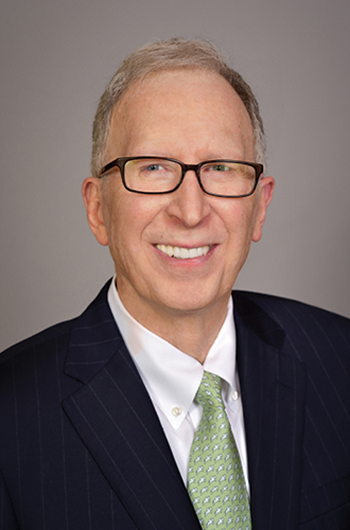 For Randall Kinnard, going to law school seemed like a logical next step after fighting in the Vietnam War.

“I said, ‘OK, I want to get out of the Army, but where can I transfer those combat skills that I had? What good could I do somebody?’” says Kinnard, the founder of Kinnard Law, a personal injury and medical malpractice firm in Nashville, Tennessee. “So I elected to focus my practice on injured people and wanting to use those skills I had to help them achieve some fairness back into their life.”

Kinnard—who received the Republic of Vietnam Cross of Gallantry, Bronze Star Medal for valor, Purple Heart and Air Medal for 28 air assaults—says he learned a lot about pressure, stress and loss during the war. But he says he also realized he could transfer those tough lessons to the courtroom.

“One of the beautiful things about going to court is no one is going to die,” he says. “And so I have an attitude as a result of my combat experience of, ‘Well, the worst that’s going to happen is a jury could rule against my client. While that’s awful if it happens, it’s not the end of the world.’

“That has given me a reputation with my opponents of, ‘Beware, because he doesn’t mind going to court.’ That’s an advantage.”

As a kid growing up in Nashville, Kinnard loved sports and played golf, basketball and football and ran track in high school.

He also became inspired by an uncle who graduated from the U.S. Military Academy at West Point in 1942 and served under Gen. George Patton during World War II. Hearing his uncle’s stories and those told in the popular TV series West Point, which ran from 1956 to 1957 and featured Clint Eastwood, influenced his decision to attend the military academy.

He graduated from West Point in 1967 and joined the 173rd Airborne Brigade—which earned the name “Sky Soldiers” in Vietnam—as a second lieutenant Airborne Ranger the following year. He served two tours, during which he became a first lieutenant and commanded 275 men in combat. He was later promoted to captain.

Kinnard was in his early 20s when he began leading men twice his age—as well as men who just graduated from high school—through Vietnam. He describes it as a “pretty big responsibility for somebody in combat, to be that young.” He left Vietnam in December 1969, but had survivor’s guilt that would stay with him until he sought counseling more than a decade later. He left military service in 1972.

After graduating from the University of Memphis Cecil C. Humphreys School of Law in 1976, Kinnard returned to Nashville and hung out his shingle. He remembers telling other lawyers around town that he would take any case to trial that they weren’t interested in trying. He says the strategy worked.

“Back in those days, we were trying 20 cases a year, easy,” says Kinnard, who founded personal injury firm Kinnard, Clayton & Beveridge. “They were two to three days long, so sometimes I tried two cases in a week to a jury. And I slowly started winning cases that people predicted my side would lose.”

In his more than 40 years in practice, Kinnard has recovered millions of dollars for injury victims. One notable client was then-ESPN sportscaster Erin Andrews, who filed a civil lawsuit against both the owners and operators of a Nashville hotel and Michael David Barrett, a stalker who in 2008 tampered with her room’s peephole so he could secretly record her. He released a nude video of her online and later served more than two years in prison.

Andrews alleged the hotel defendants’ negligence caused her emotional distress and invasion of privacy. During her trial, Kinnard’s expert showed the video had been viewed more than 16 million times. In March 2016, the jury awarded Andrews $55 million in damages, finding Barrett 51% at fault and the hotel companies 49% at fault.

After Kinnard requested a joint liability ruling that would have required the hotel companies to pay the full $55 million, Andrews and the companies settled the lawsuit for a confidential amount.

“Erin is such a wonderful person, and it was just an honor to represent her in that case,” he says.

In March, Kinnard launched Kinnard Law, where he continues his commitment to serving others and mentoring the next generation of lawyers.

Kinnard has given a speech to young lawyers about respect more than 100 times around the country. As part of his message, he stresses the need for lawyers to control their anger and act civilly toward one another, the judge, the jury and their clients.

“Being mean not only is not necessary, it’s counterproductive,” Kinnard says. “It makes life hard for the other side and yourself in the end.”

“A lot of lawyers lose sight of that in the heat of battle, especially when competition is stiff and the stakes are high,” he adds. “Basic fears and anxieties start driving somebody to potentially turn angry and mean, and that’s what you want to avoid.”

Mary Ellen Morris began working with Kinnard in 2008, but she remembers meeting him shortly after she graduated from law school and joined Nashville defense lawyer Ward DeWitt’s firm. During a medical malpractice trial, she says DeWitt and Kinnard showed how counsel on opposing sides could build a solid relationship based on respect for each other and their abilities.

Kinnard, a longtime member of the ABA, received the Tort Trial and Insurance Practice Section’s Pursuit of Justice Award in April 2021. It recognizes those “who have shown outstanding merit and who excel in providing justice for all,” according to the announcement.

In addition to his work advancing the legal profession, Kinnard is a firm believer in giving back to his local community.

He has served as a volunteer for Alive, a nonprofit, community-based hospice in Middle Tennessee. He has been on the boards of Centerstone, a nonprofit health care organization that provides mental health and substance abuse treatment; and Prevent Child Abuse Tennessee, a chapter of Prevent Child Abuse America, the nation’s oldest organization working to stop child abuse and neglect.

He is also a past board member and current advisory council member of Friends of Warner Parks, a nonprofit that helps preserve and protect parks in Nashville.

Kinnard points to two reasons why supporting these causes and others, including being involved in his church, has been so important to him.

“A, life’s been good to me, and you need to give something back. Period. The Bible talks about it, and you need to do it,” he says. “And B, it makes you feel good, and it’s just nice to help other people.”

This story was originally published in the December 2022-January 2023 issue of the ABA Journal under the headline: “Full Service: Randall Kinnard carries combat skills and a desire to serve others into the courtroom.”