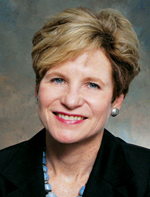 The International Institute for Conflict Prevention & Resolution hopes its online ratings will be available early next year. Its members will be able to use their passwords to access the information on the organization’s website.

The service is believed to be the first of its kind for alternative dispute resolution. It was developed after institute members—largely Fortune 500 companies and their lawyers—complained there wasn’t enough information available on mediators and arbitrators, called neutrals, according to Kathleen Bryan, the organization’s president and chief executive officer.

Some neutrals have questions about the voluntary rating system, Bryan says. But the organization hopes they will recognize the time has come for such ratings. “This is something that the clients are demanding,” she says.

The system’s success depends on the cooperation of roughly 600 neutrals the institute has approved to do complex business-to-business mediation and arbitration. Those who sign up must provide 20 references to a third-party company, Positively Neutral, which will interview the references and then score the neutrals in a variety of categories, such as whether they are good case managers. Aggregate averages will be compiled along with anecdotes and will be shared with the neutrals, who either can agree to have the information posted or opt out.

To account for bad scores from sore losers, the arbitrators’ ratings will be broken down into information from those who prevailed and those who lost.

The American Arbitration Association, which has a roster of about 7,700 mediators and arbitrators, doesn’t have a rating system but would consider instituting one if the demand arises, says Eric Tuchmann, the AAA’s general counsel in New York City. Currently, it screens its neutrals, sends surveys to conduct evaluations and offers an interviewing process so parties can help select an arbitrator or mediator, Tuchmann says.

Bryan expects some neutrals will take a wait-and-see attitude before signing up, noting some have suggested the ratings won’t include enough information.