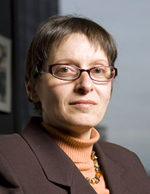 The reach of any major health care reform legislation passed by Congress is likely to be felt far beyond the specific boundaries of medical care.

A case in point is the long-standing exemption from federal antitrust laws the insurance industry has enjoyed for more than 60 years. Bills being considered as part of the larger package of health care legislation would eliminate much of the exemption for two types of insurance: health and medical malpractice.

Congress created the insurance industry’s antitrust exemption in 1945 when it enacted the McCarran-Ferguson Act, which recognizes the authority of the states to regulate and tax insurance companies. Passage of the act was a direct response to the U.S. Supreme Court’s ruling the year before in United States v. South-Eastern Underwriters Association that the business of insurance constituted interstate commerce subject to federal regulation. That decision reversed precedent going back to the 1860s holding that insurance should be regulated by the states.

There have been numerous efforts over the years to repeal or amend the McCarran-Ferguson exemption. In 1989, the ABA House of Delegates adopted policy urging the exemption be replaced with legislation allowing limited forms of pro-competitive collective insurance industry conduct. Now Congress finally appears to be making a serious run at repealing at least some of the industry’s exemptions from federal antitrust laws. The Obama administration also has indicated it generally supports the idea of repealing antitrust exemptions when there is no compelling need for them.

Ilene Knable Gotts, who chairs the ABA section of antitrust law, presented the association’s position (PDF) during October testimony before a House Judiciary subcommittee and in a written statement submitted to the Senate Judiciary Committee.

Gotts, a partner at Wachtell, Lipton, Rosen & Katz in New York City, emphasized the ABA’s position that McCarran-Ferguson should be repealed for the entire insurance industry and replaced with a series of “safe harbors” defining certain categories of exempt pro-competitive conduct. For all other conduct, insurance should be subject to the same federal antitrust rules as other industries, even as states retain their authority to regulate.

The ABA could support the bills (H.R. 3596 and S. 1681) only if they were amended to include safe harbors, Gotts said in her House testimony. “The safe harbors are not intended to alter existing antitrust policy,” she said. “Rather, they are intended to serve the important objective of deterring private litigation that might, post-exemption, challenge conduct that in the unique circumstances of the insurance industry may actually promote competition.”

In November the House passed H.R. 3596—amended to include language providing for safe harbors—as part of its health care reform package.

Early versions of the Senate’s health care reform legislation did not include S. 1681, but Senate Majority Leader Harry Reid, D-Nev., indicated provisions may be added to the final version that repeal at least some McCarran-Ferguson exemptions for insurance companies. Leahy plans to offer his bill as an amendment to the Senate health care package.

In correspondence (PDF), ABA President Carolyn B. Lamm urged him to first amend his measure to incorporate the safe harbor provisions already in the House legislation. Lamm, a partner in the Washington, D.C., office of White & Case, wrote that doing so would allow “cooperative behavior that clearly has legitimate pro-competitive consequences.”