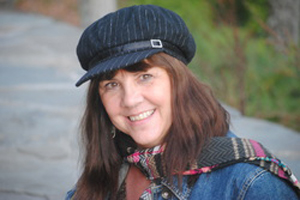 During her 35-year career as a writer, Linda Oatman High has penned more than 20 books for children and young adults, three plays and numerous feature articles and news stories. But she had never written a legal-themed piece until she saw a call for submissions to the ABA Journal/Ross Writing Contest for Short Legal Fiction.

“I like the challenge of having a theme and something to create around,” says High, “and I had never written about lawyers or law or anything like that.”

As it turns out, the first time was a charm. High’s “The Attorney Helped Clean Up the Blood” won the contest and received a $3,000 cash prize. The annual contest, supported by the Erskine M. Ross Trust, recognizes outstanding fiction emphasizing the role of the law and lawyers in society.

High’s story is about a lawyer who deals with the ramifications of lawfully helping his client obtain a firearm. “I live in Lancaster County, Pennsylvania, which is a very conservative area, and gun rights are a very hot-button topic,” High says. “I know guns are a very controversial topic to write about, and I didn’t want to come across as heavy-handed. Mostly, I wanted to approach guns in an ambiguous manner.” For instance, the story’s protagonist, Neil Blastman, is a firm supporter of the Second Amendment who grew up playing with toy guns and watching television westerns like Gunsmokeand Bonanza.

Like many people who go into the law, Blastman also grew up with a reverence for crusading attorneys, including Atticus Finch. “I knew when I was writing that I wanted to really like my main character,” says High. “I definitely didn’t want to play to the stereotype of the greedy lawyer. I wanted to show people that the ‘crook who gets paid well’ stereotype is outdated, so I made my character someone who really cared.”

While this may be her first story about lawyers, it is not High’s first experience writing about guns. She was inspired by the 2006 West Nickel Mines Amish School shooting in Lancaster County to write “Nickel Mines Hardware,” a story that was shortlisted for the Sunday Times EFG Short Story Award in 2012. “I started writing other stories that had to do with guns—not just murder but accidental things like celebratory shotgun firings on New Year’s Eve that hurt someone and things like that. That was another reason I got intrigued when I saw the notice for the Ross contest.”

And it may not be her last story about lawyers. “I’m interested in what lawyers really do, what they really care about and what might have gotten them started in the law,” High says. “Writing for a legal audience is a new direction for me, and it’s something I’d like to do more of. It’s a good stretch for me and I believe in stretching creativity as much as I can.”

In the meantime, she’ll have plenty to keep her busy. High is finishing a manuscript for her first adult novel, a psychological suspense tale titled Sadie Gone Missing. She’s also scheduled to teach a writing workshop in Iceland in May.