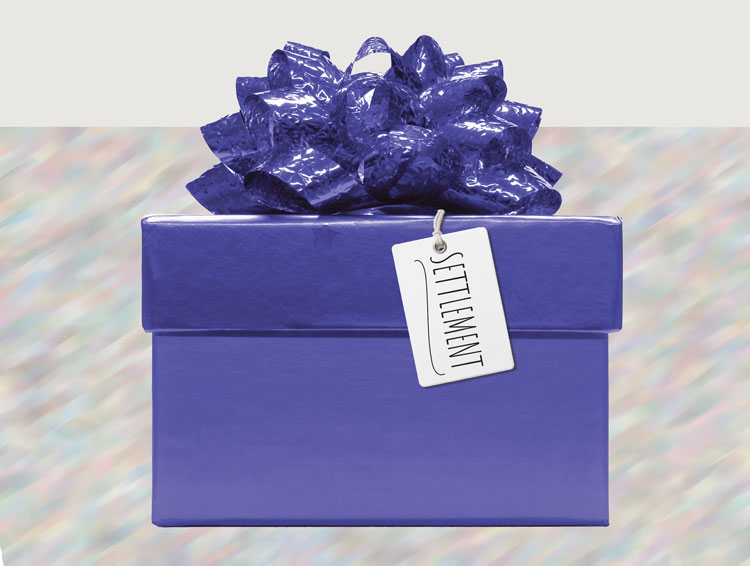 Martin Redish: “Many defendants love cy pres because it is a way they can tie up [a settlement] with a nice bow.” Shutterstock.com

Five years ago, Chief Justice John G. Roberts Jr. issued a brief opinion when the U.S. Supreme Court denied review of a challenge to the settlement of a class action against Facebook Inc. over a privacy practice.

Roberts said he agreed with the court’s decision to pass on the Facebook case, but he sent a signal that he, at least, was concerned about the growing use of a particular type of remedy in class actions known as cy pres. Stemming from the French phrase “cy pres comme possible,” the term refers to something that is “as near as possible” to direct relief.

Cy pres settlements emerged in the 1970s as a solution to class actions with large and diffuse memberships for whom individual cash awards might be paltry. Such settlements typically involve contributions to charities or nonprofit organizations that advance the goals pursued in the class action, such as tech privacy in the Facebook case.

Because of the more limited focus of the cy pres settlement at issue in the 2013 case Marek v. Lane, the chief justice wrote that year, the objector’s challenge “might not have afforded the court an opportunity to address more fundamental concerns surrounding the use of such remedies in class action litigation.”

Those concerns included when, if ever, such relief should be considered; how to assess its fairness; whether new entities may be established as part of such relief or how existing beneficiaries should be chosen; the proper roles of the judge and parties in shaping a cy pres remedy; and how closely the goals of any enlisted organization must correspond to the interests of the class, Roberts said. “In a suitable case, this court may need to clarify the limits on the use of such remedies,” the chief justice wrote.

Such statements from a justice are widely considered an invitation to lawyers to bring on “a suitable case.” Now, the court has taken up the issue in the case Frank v. Gaos, which was scheduled for oral argument Oct. 31 as part of the court’s November sitting.

The case involves the settlement in a class action filed in 2010 against Google, whose publicly traded parent company is Alphabet Inc. The class action alleged that the internet search giant violated privacy protections of the federal Stored Communications Act by disclosing to third parties, under certain circumstances, the search terms that users type into Google’s search engine. Those terms often include sensitive information, such as street addresses or Social Security numbers.

The defined class included as many as 129 million members who used Google Search in the United States between Oct. 25, 2006, and April 25, 2014. The two sides met in mediation and hammered out an $8.5 million settlement, which included $5,000 “incentive awards” for each of three named plaintiffs, approximately $5.3 million in cy pres payments to six organizations, and attorney fees for the class counsel that would later be set at $2.1 million.

Google would be required under the settlement to alter the information it provides users about how their search terms might be used, but it would not have to change its practices. Other than the incentive awards to the named plaintiffs, other members of the class would receive nothing.

Two lawyers—Theodore H. Frank and Melissa A. Holyoak—with the Center for Class Action Fairness, which is affiliated with the Competitive Enterprise Institute in Washington, D.C., objected to the settlement. “There are lots of aspects to it that are unseemly,” says Frank, who argued the case before the high court.

For one, he says, Google and the lawyers representing the class had existing relationships with some of the cy pres recipients. Google had been a donor to some of the organizations, especially Stanford. And three of the higher-education institutions—Harvard, Stanford and Chicago-Kent, were the alma maters of some of the class counsel.

Frank and Holyoak also objected to the attorney fee request on the basis that its calculation assumed that the district court should treat cy pres funds as equivalent to actual monetary compensation.

When Frank raised these and other objections before U.S. District Judge Edward J. Davila of the Northern District of California in 2014, the judge seemed sympathetic. The proposed settlement “doesn’t pass the smell test,” Davila said during one court hearing.

With regard to the alma mater institutions, “what is important here on multiple levels is that there are no affiliations with the actual centers receiving money,” Michael J. Aschenbrener, a Denver lawyer who is representing the class, told the judge.

Despite his concerns, Davila approved the settlement, saying it was a “superior process” for such a large class, and that the alternatives were not preferable. The 9th U.S. Circuit Court of Appeals at San Francisco affirmed, observing that after attorney fees, a direct payout to the class would be 4 cents for each class member. The panel split 2-1 in rejecting the objection over the relationships with the cy pres recipients.

Judge J. Clifford Wallace dissented on that point, concluding that “the fact alone that 47 percent of the settlement fund is being donated to the alma maters of class counsel raises an issue which, in fairness, the district court should have pursued further.”

Frank and Holyoak have an ambitious list of requests for how the Supreme Court should rule in the case. First, they say, any class action settlement that compromises a class’s claims but seeks attorney fees that are disproportionate to the actual benefit to the class is not fair or reasonable under Rule 23 of the Federal Rules of Civil Procedure.

Next, cy pres awards are inappropriate in class action settlements when it is feasible to distribute settlement proceeds to class members. If such a settlement cannot provide direct relief to the class, the class should not be certified in the first place, they argue.

And if cy pres is to be permitted at all, they argue, no payouts should go to recipients with any current or significant ties to the parties, attorneys or judge.

“There’s been a lot of abuse out there,” Frank says. One example highlighted in his brief involves a 2009 class action against AOL Inc. over email advertising. In that case, a cy pres settlement approved by the district judge included a payout to a legal aid group­—but the judge’s husband was on the group’s board. In 2011, the 9th Circuit upheld the judge’s decision not to recuse herself.

Google and the class representatives, who are the separate respondents in the high court, either declined or did not respond to interview requests.

The class respondents argue in their merits brief that Frank and Holyoak offer “a dissertation—largely based on dubious anecdotes—assailing class actions generally.”

William B. Rubenstein, who is a professor at Harvard Law School, an expert on complex litigation and the author of a treatise on class actions, filed an amicus brief in support of the class and Google, arguing that “full cy pres” actions such as this one are exceedingly rare. Cy pres is more typically used to distribute unclaimed class settlement funds to charitable groups, he wrote.

The American Bar Association also filed a brief providing some defense of cy pres settlements. Although it does not take sides or address the specific question before the court, the ABA argues that cy pres awards in class actions are important in funding legal services for low-income and indigent litigants.

Meanwhile, U.S. Solicitor General Noel J. Francisco filed a brief in support of neither party, arguing that “cy pres relief has little basis in history, creates incentives for collusion, and raises serious questions under Article III” of the Constitution.

Martin H. Redish, a professor at Northwestern University’s Pritzker School of Law who also teaches public policy, has written widely about cy pres class actions, and he has many choice phrases to describe their faults.

They are “pathological,” they are “camouflage for faux class actions” and “a danger,” he says.

Redish adds that he did not file an amicus brief in the case because he simply did not have time.

“Many defendants love cy pres because it is a way they can tie up [a settlement] with a nice bow,” says Redish, referring to the fact that such cy pres settlements often don’t require defendants to admit liability but do allow them to get credit for a charitable contribution.

Cy pres settlements “are a transformation of the class action process in a pathological way,” he says. “Lawyers should have the interests of the members of the class.”