How to shape your legal storytelling 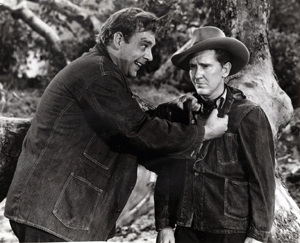 The petitioner’s brief in Atkins v. Virginia persuasively evokes the voice of Lenny in Steinbeck’s Of Mice and Men. Photo courtesy of Flickr Creative Commons.

Of course, "reading the law" dispassionately and objectively is a crucial skill for all lawyers. Nevertheless, in their formative years of learning to "think like a lawyer," many law students are fed a perpetual diet of edited appellate opinions—doctrinal pieces with the subtext of complex and compelling narratives removed or reduced to mere backstory.

Typically, appellate opinions are written from the unitary, Olympian-authorial "omniscient" perspective in the authoritative and often authoritarian voice of an all-knowing and all-powerful appellate judge. This is a perspective disfavored by most modernist authors.

Likewise, changing voices and shifting narrative perspectives are crucial aspects of effective legal storytelling in trial—and appellate—advocacy and often determine how evidence is transformed into narrative and, in turn, how the law is applied to the facts. Legal storytellers abandon the complexities of their narratives by adopting a single voice and unitary perspective.

Successful legal storytellers must learn to speak in various voices and use multiple and often-shifting narrative perspectives or points of view. As the novelist David Lodge observes: "The choice of the point(s) of view from which the story is told is arguably the most important single decision that the [storyteller] has to make, for it fundamentally affects the way readers [or listeners] will respond emotionally and morally" to the story.

The petitioner's statement of the case presents the story of the trial dialogically—two first-person voices giving alternative versions of an armed robbery and murder of the victim, Eric Nesbitt. The roles of two perpetrators, Jones and Atkins, are reversed in the two tellings, as to who is the dominant actor and who is the passive accomplice.

Rather than explain the meaning of the testimony, the writer appears to get out of the way and merely allow the unmediated voices to speak for themselves. This choice enables the reader to trust the authenticity of the voices. Nevertheless, it is a carefully edited and artfully sculpted presentation that simultaneously enables the reader to reconstruct the identities of the two characters and revisit their respective roles in the killing.

First, the witness Jones, who did not receive the death penalty because of a plea bargain, tells his version of the story in the brief and identifies the defendant Atkins as the trigger person and mastermind of the murder plot.

Jones speaks in active voice with short, grammatically correct sentences that are readily understood by the reader and, by implication, were understood by the jury as well: " 'Mr. Atkins got out. He directed Mr. Nesbitt out.' Atkins still had the gun, and 'as soon as Mr. Nesbitt stepped out of the vehicle and probably took two steps, the shooting started.' " In Jones' version of the story, Jones even visualizes himself as the victim's protector: Jones goes "around the back of the truck, aiming 'to get the gun away from Mr. Atkins ... to stop him from killing Mr. Nesbitt.' " Jones' telling seems rehearsed, pat—speaking more with his lawyer's voice than his own. Jones avoids assuming any major role in the killing, depicting himself as an unwitting accomplice.

The brief then presents Atkins' ungrammatical and less coherent version of the facts; Atkins' first-person voice is akin to the voice of Lenny in Steinbeck's Of Mice and Men or Benjy in Faulkner's The Sound and the Fury:

The credibility of these two speakers is not an issue on appeal; the jury believed Jones' clearer and more coherent version at trial, and Atkins was sentenced to death as the trigger person. But this retelling is important: Careful readers, including judicial readers, cannot help but hear these two first-person voices in determining whether Atkins' mental disability made it so that he was irreparably disadvantaged in presenting his own defense. They will wonder whether he was inevitably victimized by the savvier co-perpetrator who took a plea bargain, was spared the death penalty and testified against Atkins. Indeed, the Supreme Court's opinion in Atkins echoes this narrative: "Mentally retarded defendants may be less able to give meaningful assistance to their counsel and are typically poor witnesses, and their demeanor may create an unwarranted impression of lack of remorse for their crimes. ... Mentally retarded defendants in the aggregate face a special risk of wrongful execution."

We all rely upon stories to understand our world and tell stories to give it shape and construct meaning. Each word that we hear, we hear initially as part of an imagined story. This applies even to Supreme Court justices, who then speak in authoritarian voices from omniscient perspectives. As Adam Liptak observes in the New York Times, Justice Antonin Scalia, dissenting in State v. Windsor, hears the word animus and imagines "unhinged members of a wild-eyed lynch mob" with "hateful hearts."

For the majority striking down part of the federal Defense of Marriage Act, the word evokes alternative narratives and imagery. But law students typically learn to speak in the unitary voice of a "faux" appellate judge from an omniscient perspective exclusively—one that leaves out the way we are in the world. Effective legal storytellers, however, must employ different voices and use multiple and often-shifting perspectives, drawing readers and listeners into the world of their stories and sometimes, as in the petitioner's brief in Atkins, inside the consciousness of its characters.

Strategic use of different perspectives and voices is a crucial tool in the legal storyteller's toolkit, informing the creative, highly ethical storytelling that lawyers do.

Philip N. Meyer is a professor at Vermont Law School.