Our shifting meanings: Test your knowledge of modern usage 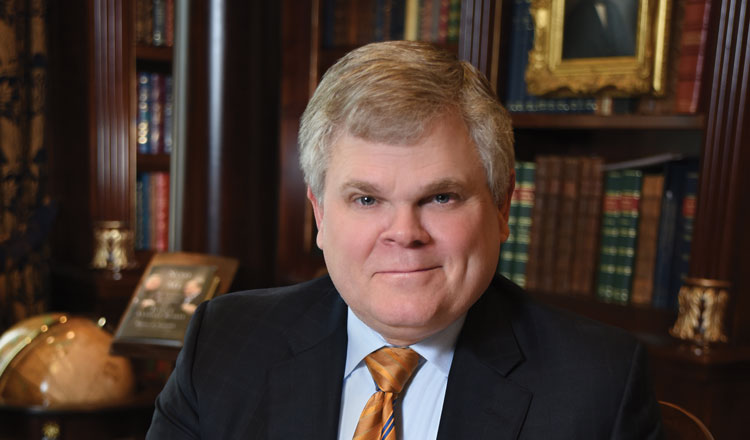 Bryan Garner: As a matter of linguistic epidemiology, if a malapropism becomes common enough, it becomes a nonstandard usage.” Photo by Winn Fuqua Photography

As we all know, language isn’t static: Every aspect of it—grammar, syntax, spelling, pronunciation and meaning —evolves over time. Fortunately, most changes are gradual, even glacial. But changes in the semantic content of words can occur quickly. Think of the new meanings that technology has brought to such words as cloud, drive, friend, monitor, profile, scan, snipe, spam, surf, troll and tweet.

The sources of change are sometimes puzzling. When my young nephew told me recently that my kitchen was “dank,” he was surprised that I wasn’t chuffed. Far from meaning “unpleasantly damp, musty and cold,” the word to him meant “cool” or “nifty.” I was unaware of this new slangy meaning, but he and his sister insisted that all their friends understand the word this way. A little investigating revealed that the new sense derives from marijuana culture: Dank pot is sticky, gooey and potent—hence “really good.” Somehow this sense permeated teenage slang, and by 2017 kids everywhere were using dank to describe things they liked.

Whether this new use of dank will become standard English is debatable. I’m not betting on it: Most slang never becomes elevated to the level of standard. Rather, it tends to be evanescent, rising and falling with the tides of pop culture: Think of such now-dated precursors of dank as the 1960s’ groovy, the 1970s’ boss, or the 1980s’ bad. And if my nephew’s dank did start to creep into print, it would surely cause widespread confusion among many readers.

Like change, and often because of it, confusion is a linguistic constant. Whenever two words sound similar, it’s almost inevitable that some speakers and writers will swap one for the other. If a mistake is considered an outright blunder (corollary misused for correlation, testamentary misused for testimonial, or virulent misused for virile), it’s called a malapropism—after Mrs. Malaprop, a linguistically challenged character in a famous 18th-century play (The Rivals, by Richard Brinsley Sheridan). Shakespeare, too, invented several such characters, but Mrs. Malaprop became the eponym. 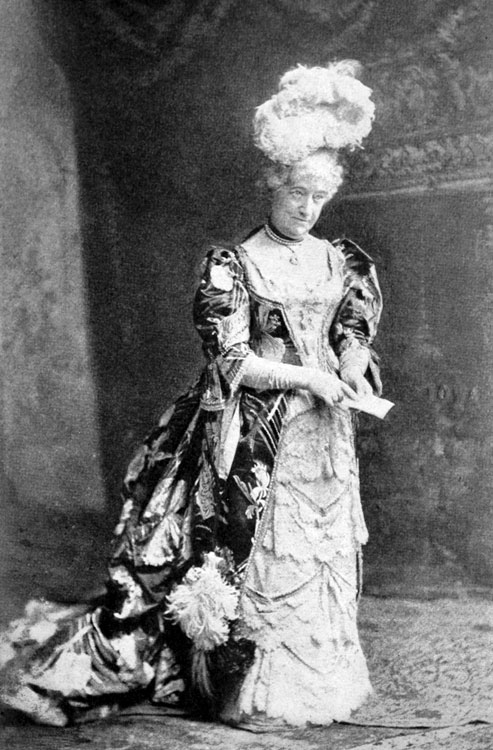 Louisa Lan Drew as Mrs. Malaprop in a revival of “The Rivals” in 1895. Photo by Wikimedia Commons

As a matter of linguistic epidemiology, if a malapropism becomes common enough, it becomes a nonstandard usage; if it continues to spread more widely, it can gradually become standard. But this process can take centuries.

Some years ago, I invented a Language-Change Index that allows a charting of these changes. In Stage 1, a new form or meaning emerges among a small minority of the language community—often simply as a mistake. It’s either unknown or widely stigmatized. (They was there!) In Stage 2, it has spread to a significant fraction of the language community but remains nonstandard (one criteria—using the plural form as a singular). In Stage 3, it becomes commonplace even among well-educated people but is still avoided in standard written English (straightlaced as a misspelling of straitlaced). In Stage 4, it becomes virtually universal, even in print, but it still attracts opposition from linguistic stalwarts (the reason is because in place of the reason is that). And in Stage 5, the form or meaning becomes universally acceptable at copy desks everywhere; the only people who oppose it at this point are eccentrics (self-deprecating, which is now standard even though it originated as a mistake for self-depreciating).

Many linguistic mutations never progress beyond Stage 1. They stay in the shadows of the language, emerging now and again, mostly to the annoyance of sticklers. Arguments frequently erupt about words and phrases in Stages 2 and 3. But if a mutation makes it to Stage 4, its long-term progress to Stage 5 is all but certain. It’s just a question of the passage of time, whether decades or just years.

Quiz time. In each question that follows, one choice is a Stage 2 or Stage 3 misusage that wouldn’t pass muster with a good copy editor. See whether you can recognize the traditionally correct forms.

Some, by the way, might scoff that an “incorrect” choice never causes any confusion, so it shouldn’t matter at all. But that misses the point. Usage isn’t about intelligibility; probably nobody would misunderstand. Good usage is about credibility—inducing people to trust you. It depends on established linguistic custom. That’s all.

1. (a). The phrase is bated breath (despite jokes about fishy breath). The idea is that the breath is abated, or stopped. Shakespeare was the first to use the phrase, in The Merchant of Venice. In print sources today, bated breath outnumbers *baited breath by a 9:1 ratio. (The asterisk before a word or phrase denotes nonstandard language.)

3. (a). Minuscule is the antonym of majuscule (a rarer term). The word’s history has nothing to do with the prefix mini-.

4. (b). Parents and teachers inculcate values into children (or indoctrinate them with values). The object of inculcate is traditionally not the recipient, but the thing received. In modern print sources, instances of the phrasing inculcated into him outnumber *inculcated him with by a 4:1 ratio.

5. (a). Problems afflict schools; schools are afflicted with problems. Bad people inflict harm on others; harm is inflicted by bad people on others.

6. (a). The traditional word has three syllables: preventive. In print sources today, preventive outnumbers *preventative by a 5:1 ratio.

7. (a). The word is sherbet. In print sources today, the spelling sherbet outnumbers *sherbert by a margin of 32:1.

8. (a). Although the word ideology is etymologically related to idea in ancient Greek, the spellings diverged long ago. It’s true, though, that an ideology necessarily involves a collection of ideas.

9. (a). Idiosyncrasy isn’t a form of government. In fact, it’s the only word in the English language ending -crasy. Like many other exceptional forms, people want to regularize it to conform to words following a recognizable pattern: aristocracy, democracy, plutocracy, etc.

10. (b). Idyllic traditionally means “extremely pleasant, beautiful or peaceful.” It corresponds to the noun idyll, which denotes a poem or prose work dealing with rustic life and pastoral scenes.

11. (b). E.g. (exempli gratia) means “for example”; i.e. (id est) means “that is.” So e.g. introduces examples; what follows i.e. exhausts the category. The abbreviations have been fully naturalized; for many decades now, style manuals have prescribed that they should appear in roman, not italic, type.

13. (b). In the best usage, you assure people of things; you ensure that things will happen; and you insure valuable items. In print sources today, the wording to ensure that outnumbers *to assure that by a ratio of 22:1.

15. (b). This particular distinction probably isn’t very valuable. (Naturally I think this, given that I’m often corrected on this point.) The traditional difference is that farther refers to physical distances (farther down the street), further to figurative ones (further along in the song). In print sources today, read further outnumbers *read farther by a ratio of 19:1.

16. (a). To flout is to violate; to flaunt is to show off. Serious confusion between the words started in the 1950s. In print sources today, the phrase flouting the rules outnumbers *flaunting the rules by a ratio of 5:1.

18. (a). Linguistically, an artificial person such as a company is a thing. Although it’s entirely permissible to say either person who or person that, a noun such as company cannot be a who; it’s a that.

19. (b). To effect something is to cause it to happen (effecting changes); to affect something is to influence it or have some impact on it (it doesn’t affect us at all). Granted, many people today use impact as a verb, but it still has a tinge of sounding newfangled. It’s objectionable to many traditionalists. In 30 years, the objections will probably be long forgotten. The only real objection is that it’s nontraditional: not so long ago, the only thing that could be described as impacted was wisdom teeth.

(a). This phrase has traditionally been a linguistic marker separating educated speech from uneducated speech (as it was once called). The standard form is in regard to—although regarding, concerning or even about is typically better. The ratio in modern print sources: *in regard to vs. in regards to is 13:1. Likewise, the standard phrasing is with regard to, not *with regards to. Oddly, though, as regards has always been standard.

22. (b). Principal means “main, chief, or primary”; principle means “a truth, rule, standard, or doctrine.” Although principle isn’t a verb, we have principled as an adjective (a principled approach). In print sources today, principal reasons outnumbers *principle reasons by a ratio of 17:1.

24. (b). Every day is the adverb (attended every day); everyday is an adjective (everyday footwear). In print sources today, the phrasing happens every day outnumbers *happens everyday by a ratio of 10:1.

25. (b). In Standard written English, all right has always been two words, not one. The spelling alright, long stigmatized, appears mostly in text messages and similar informal writings. In print sources today, all right outnumbers *alright by a margin of 8:1.

Bryan A. Garner, editor-in-chief of

Black’s Law Dictionary and author of many books on advocacy and legal drafting, is the distinguished research professor of law at Southern Methodist University. His most recent book is Nino and Me: My Unusual Friendship with Justice Antonin Scalia.