Should the Model Rules have a due diligence standard for money laundering? 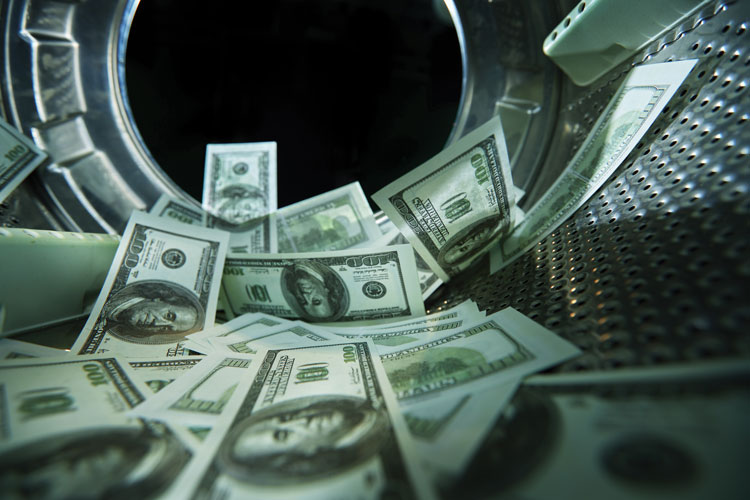 In recent years, concerns have arisen over whether attorneys have failed to exercise due diligence in ensuring their clients are not engaged in money laundering. Those concerns escalate when the money laundering may be tied to the financing of terrorism-related activities.

The Financial Action Task Force, an international entity that coordinates efforts to prevent money laundering and terrorism globally, has raised awareness of the issue and called for more stringent regulation.

The American Bar Association has responded to these concerns by looking into changing the Model Rules of Professional Conduct to increase the obligations of attorneys to exercise due diligence when dealing with clients who engage in conduct or activities that should give rise to suspicions of fraudulent or criminal activity.

“The calls to impose some form of anti-money laundering obligations on at least portions of the U.S. legal industry have grown over the years—as reflected, most recently, by the proposed ENABLERS Act, which in part is broadly directed against lawyers,” says Philadelphia-based attorney Peter Hardy, who has blogged on these issues. “Of course, one approach taken by any industry which is aware that it may become subject to increased regulation is to respond that the industry is best-served through self-policing—and that argument can be enhanced through more robust industry guidelines. So it’s not surprising that the ABA is having a conversation about these issues now.”

Ethics expert Leslie Levin, a professor at the University of Connecticut School of Law, notes that “the ABA has fought for years to avoid having U.S. lawyers saddled with disclosure obligations that FATF would like to see imposed.” It appears, she adds, that “the FATF continues to question the efficacy of the formal opinions and the ABA’s voluntary guidance, and that the Treasury Department also wants the ABA to create, at a minimum, an enforceable due diligence obligation.”

The ABA’s proposed guidelines include adding additional language to comments to Model Rules 1.0 and 1.1. Rule 1.0 provides a list of definitions of key terms, while Rule 1.1 deals with the duty of competence. The ABA has created a discussion draft that also proposes clarifying language to the comments to ABA Model Rule 1.2, which deals with the scope of representation and the lawyer’s allocation of authority vis-à-vis clients.

The proposal provides an additional comment to Comment 5 of Rule 1.1, noting that “the duty of competence requires that a lawyer make a reasonable inquiry into the facts and decline or terminate the representation when the lawyer has reason to believe that the client seeks the lawyer’s services in criminal or fraudulent activity.”

Additionally, the proposal advocates for specific language to the comments to Rule 1.2, including: “When a lawyer has reason to believe that the client seeks the lawyer’s assistance in criminal or fraudulent activity, the lawyer should conduct a reasonable inquiry to avoid assisting in that activity by the client.”

The ABA Standing Committee on Ethics and Professional Responsibility has received numerous comments to these proposed rule changes and accompanying comments.

The ABA International Law Section offered the perspective that it is imperative that the legal profession adopt provisions to ensure effective self-regulation. Otherwise, governmental entities will impose statutes or regulations.

The section also called for a greater emphasis on the need for due diligence that goes beyond scenarios where there’s a clear probability of criminal activity or fraud. “A red flag triggering further due diligence could be an issue with a likelihood well below 50%” of criminal or fraudulent conduct, the section wrote.

Meanwhile, the ABA Business Law Section’s Corporate Social Responsibility Law Committee emphasized that the discussion draft needs to include more provisions that would trigger due diligence when a potential client might be involved in human trafficking or other human rights abuses. The group advocates for the addition of the following language in the comments to ABA Model Rule 1.0(f):

“Circumstances such as the nature of a client’s activities, geographic location of operations, funding sources and other red flag factors in the conduct of business operations impose an affirmative obligation to conduct due diligence to acquire actual knowledge.”

Similarly, George Cohen, a professor at the University of Virginia School of Law, supports the general thrust of the discussion draft but believes it should go even further and suggests adding a “recklessness” standard to the definition of when a lawyer knowingly acts under Rules 1.2, 3.3 and 4.1.

But the Professional Regulation Committee of the Minnesota State Bar Association questioned whether the proposed addition to Comment 5 of Rule 1.1 that says a lawyer must withdraw can be squared with Model Rule 1.16(b)(2), which provides that a lawyer “may withdraw” when finding that a client may be committing unlawful conduct.

The Minnesota bar committee also expressed concern that the proposed additions to the comments in Rules 1.0 and 1.2 imposed duties on all lawyers when the target is money laundering.

For example, the committee pointed out that such comments may require criminal defense or even legal aid lawyers to ask additional questions in all sorts of cases that have nothing to do with money laundering, which could prove detrimental to client representation.

Levin agrees that there can be a slippery slope when due diligence requirements are imposed on counsel.

“The requirement to investigate when the lawyer ‘has reason to believe’ that the client seeks the lawyer’s services in criminal or fraudulent activity would require changes in the ways some lawyers practice law,” Levin says. “Some lawyers deliberately avoid asking questions so that they can represent their clients without violating the professional rules. I don’t have a problem with such a change. But I can imagine the howls of protest that these proposed amendments will prompt.”

Hardy says: “The incredibly tricky question—and this is a problem faced daily by financial institutions already covered by the Bank Secrecy Act and subject to [anti-money laundering] due diligence obligations—is: What type and extent of inquiry under the circumstances is sufficient and reasonable?

“That is a question that unfortunately is often answered best in hindsight.”

This story was originally published in the June/July 2022 issue of the ABA Journal under the headline: “Attorney Complicity in Money Laundering: Should the Model Rules have a due diligence standard?”