Should you be trying to expand your small practice? 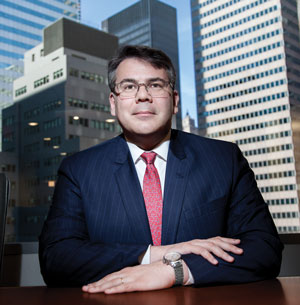 Lawyers running solo or small practices often come to a crossroads about whether they want to stay independent or become part of something larger.

Last year the majority of law firm mergers (59 percent) involved acquisitions of firms that had between two and five lawyers, up from 36 percent in 2013, according to legal consultants Altman Weil Inc.

So how do solos and small-firm practices decide whether merging is the right decision? They have to weigh the cost of giving up their independence with the benefits of working under a larger firm with greater resources—but often more layers of management and bureaucracy.

‘THE LID CAME OFF THE BOX’

“As clients asked us to do more things, it became apparent that we were needing specialists outside of the firm,” says Deutsch, who practices business law and corporate litigation.

Around that time Deutsch received an unexpected invitation to join a larger firm. It wasn’t a good fit, but it got him thinking. “At that point we hadn’t considered merging, but the lid came off the box and I was willing to have discussions,” he says.

An executive search firm connected Deutsch with about 10 midsize firms. The process helped Deutsch realize what he didn’t want. “I didn’t think I’d be happy with a firm that was all about the numbers and all about the metrics. I didn’t want that to be my life.”

He liked Norris McLaughlin & Marcus, a 128-lawyer East Coast firm. “They were the nicest people I met in this process. They appeared to be practicing together as a group,” he says. “Norris was the winner because of the culture of genuineness we saw there.”

Still, it was a major shift. “You have to be accountable to somebody else,” Deutsch says. “The trade-off is that you have the ability to draw on resources that weren’t available before.”

Having balance is important, too. “Do you prioritize your family over your job?” he asks.

Steve Gupton of Valdosta, Georgia, was courted by larger firms, but he didn’t consider merging until thinking about retirement and a succession plan. He’s practiced since 1970 and went solo in 1985, specializing in real estate law.

Coleman Talley, a 30-lawyer firm with offices in Valdosta and Atlanta, asked Gupton nine years ago if he’d consider joining the firm.

“Steve’s name always came up,” says Russ Henry, a partner with Coleman Talley. “Steve has this phenomenal practice in residential real estate and he has always had this stellar reputation with clients.”

Gupton said no thanks. Then last year, the firm called again. Gupton, who had since hired an associate, reconsidered. “The more Russ and I talked, the more sense it made,” says Gupton.

Gupton has known lawyers at Coleman Talley for years and felt they were good people. He made a three-year deal and kept his office, which he says is ideal for real estate closings. Henry says his firm got a top-notch lawyer.

“It takes some of the pressure off,” Gupton says. “It frees me to practice law.”

This article originally appeared in the July 2015 issue of the ABA Journal with this headline: “Grow or No?: Lawyers weigh independence, resources in decision on going large(r).”