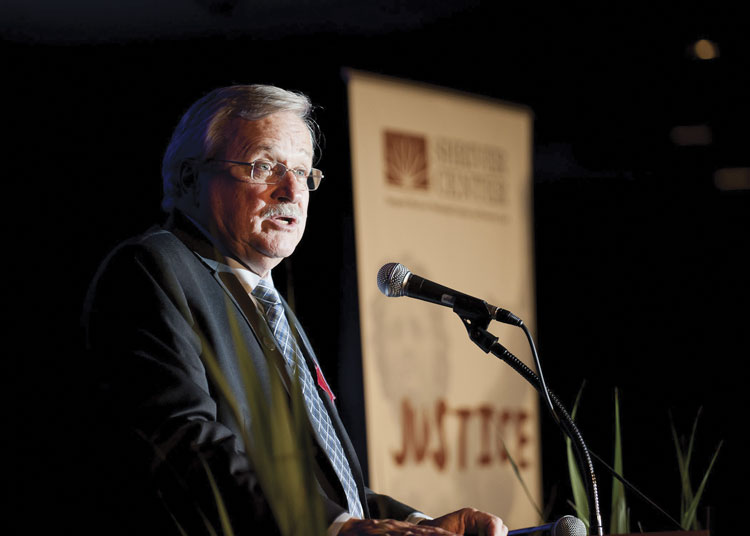 In the year of its 50th anniversary, the Sargent Shriver National Center on Poverty Law has no plans to slow down. Instead, one of the country’s leading advocates for racial and economic justice is appealing to the social duty of American lawyers as urgently as ever.

The late Robert Sargent “Sarge” Shriver Jr. founded the center in 1967. He was a politician, peace builder and activist for social reform who founded Head Start, Job Corps, Legal Services for the Poor, the Peace Corps and Volunteers in Service to America.

John Bouman, president of the Shriver Center, has strong opinions on his organization’s mission. “These are very grim times for people in poverty, and particularly in minority groups,” Bouman says. “There is an attitude emanating from the White House of granting permission for people—and for state and local policymakers—to disregard established rights, to blame people for their own poverty, to disinvest in key programs that create opportunities and improve a family’s bottom line and enable them to work.”

Bouman says it’s important for private entities to combat what he sees as a political climate where “it’s OK to discriminate” and for the Shriver Center to act as a legal resource that can “push back as the federal government withdraws from enforcing civil rights.”

The center has two projects that address these issues: the Legal Impact Network, a collaborative group of advocacy organizations in 33 states and the District of Columbia, and the Racial Justice Training Institute, which has helped educate more than 150 fellows from 62 organizations in 23 states on issues such as education equity, fair housing and immigrants’ rights.

“Before the Legal Impact Network, there hadn’t been a great forum to bring together groups working on multi-issue policy change on behalf of low-income people,” says Paul Tepper, executive director of the Western Center on Law & Poverty in Los Angeles. “Now, it’s absolutely wonderful to share strategies and tactics and see that multiplying effect that allows us to create national impact.”

During the past 18 months, the Shriver Center has trained 2,000 lawyers about how to identify the most important cases for low-income clients.

Core to the center’s mission—especially in this semicentennial year—is highlighting the importance of policy and systematic work at state and local levels, in which the federal government often has little or no involvement. Connecting those local groups to one another is key to shoring up scarce resources and broadening impact, Bouman says.

Kimberly Merchant, network director of the Racial Justice Training Institute, says her work used to focus on fighting injustice through taking on individual cases. For example, she would represent parents and children in disputes with the school district. Every case was a one-off, and there was no way to systematically change the system in place. She just had to keep fighting her way through injustice one lawsuit at a time.

Now in her day-to-day work she examines the root causes of racial inequality and partners with educators, law enforcement and policymakers to develop systemic solutions.

As the country experiences more tension around race and ethnicity, the center calls to its legal aid lawyers, donors and other supporters to look internally and externally at what they want to manifest, says Merchant.

“People often think that just by helping the poor, or people of color, they are helping racial inequity,” she says. “But the work needs to be much more explicitly focused and systemic, or you’re just putting a bandage on a gaping wound. You have to be introspective and ask, ‘How did we get to this point?’ ”

That is not always easy, particularly regarding whether that reflection involves asking a significant donor or a teacher in a low-income classroom to acknowledge their unconscious biases, Merchant says.

Her colleague Venu Gupta, vice president of development at the Shriver Center, echoes this sentiment. Gupta summarizes a lesson from the Talmud—the collection of writings that constitute Jewish civil and religious law—which she hopes is conveyed in the center’s work.

“We are obligated to work for justice,” Gupta says. “When people think about anti-poverty work, it seems overwhelming and especially challenging when you’re in the weeds. And if you don’t see poverty every day, you might think that you don’t have to worry about it. But we know somewhere in our consciousness that living in deep poverty is cruel, and it’s often based on the ZIP code where we’re born. We have a duty to abate that cruelty, even if our work doesn’t get finished in our lifetime or the next. 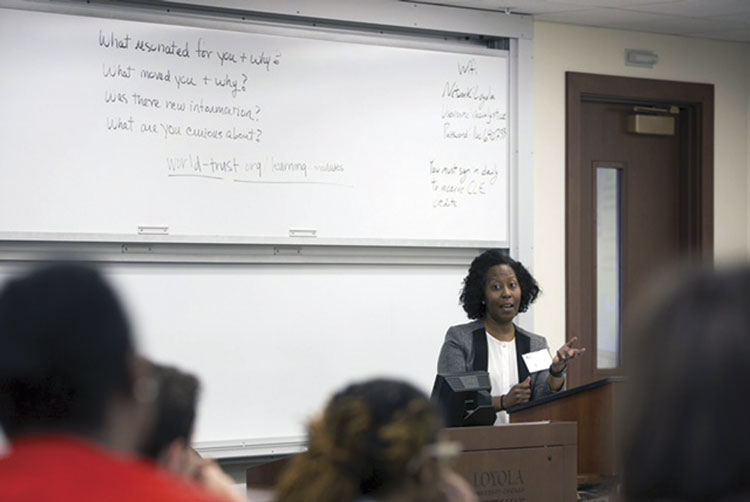 This article appeared in the November 2017 issue of the ABA Journal with the headline “Marking a Milestone: The Shriver Center celebrates 50 years—and looks toward the future."