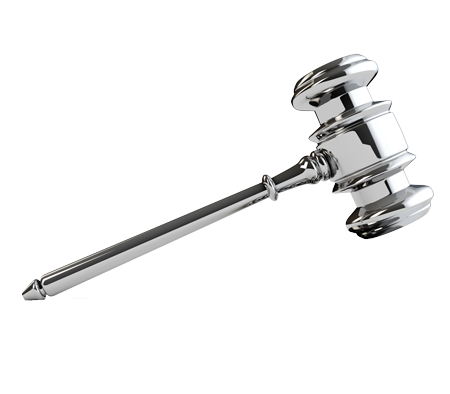 In 2017, the ABA Silver Gavel Awards for Media and the Arts will celebrate their 60th anniversary. To Kill a Mockingbird, Law & Order, NPR’s All Things Considered, SCOTUSblog and Netflix’s Making a Murderer—these were different forms of media, but all increased public awareness and understanding of the American judicial system and all have earned Silver Gavels over the years.

It was the influential ABA President Charles S. Rhyne who first conceived of the awards and presided over the inaugural award ceremony in 1958. The Silver Gavel Awards recognize outstanding work in the media and the arts that meets at least one of three goals: educating the public about fundamental legal principles and values, as well as about the American legal system; educating the public about the role of lawyers and other legal professionals and the operation of legal institutions; and encouraging support for improvements in the justice system by raising public awareness of current laws and policies.

Since so much of the mission of the Silver Gavel Awards involves education, it eventually found a home in the ABA Division for Public Education, which manages the competition every year. This year, that meant accepting more than 150 submissions and sending them to a screening committee of 45 volunteers who winnow down the finalists. Once the finalists have been chosen, the 18-member ABA Standing Committee on Gavel Awards meets for two days in Chicago to debate the merits of each entry.

The winners are typically announced in May. Although the award ceremony used to be part of the ABA Annual Meeting, it has grown to be its own event, hosted at the National Press Club in Washington, D.C.

Stephen C. Edds of Butler Snow in Jackson, Mississippi, is the current chair of the standing committee.

“Many people don’t understand the Silver Gavel Awards and what we’re trying to do,” Edds says. “I’m hoping that the more people that learn about it, the more people will pick up a book or tune into a podcast and really see the kind of work we see every year.”

People who become involved in the Silver Gavel Awards tend to stay involved. That is certainly the case for attorney Gail Leftwich Kitch, executive vice president of communications and finance for the Washington, D.C.-based Voter Participation Center, who has served on both the screening committee and the standing committee. Kitch first came to the awards through her work with the Division for Public Education. This year, she was part of the screening committee.

“I just love having a connection, and part of it’s just the quality; you’re given the opportunity to see such high-quality work,” Kitch says. “And you’re part of an effort, which you deeply believe in, supporting the overall mission of increasing public understanding of the law.”

One screening committee experience that has really stuck with Kitch was listening to the Serial podcast, which won a Silver Gavel in 2015 for its first season, focusing on the case of Adnan Syed. Serial brought a tremendous amount of attention to Syed, who was sent to prison for the murder of his ex-girlfriend, Hae Min Lee. In the wake of that attention, Syed was granted a new trial.“It was quite extraordinary,” Kitch says.

Watching a piece of media impact the real world drove home for her the caliber of work she’s seen while serving on the committees.

When Serial won its award, host Sarah Koenig said, “To know that the ABA sees value and intelligence in what we’ve done is so gratifying. I feel like it legitimizes what we tried to do with this case: not to create problems where there were none, but to point out all the reasonable doubt lurking inside a forgotten conviction.”

In the 60 years the ABA has been giving out Silver Gavels, categories considered for prizes have been adjusted and revamped. For example, books were not considered for prizes until 1964. Sometimes the committee has to adapt the rules to account for types of media that didn’t exist when the awards first began. In 1998, the ABA announced it would have a category for websites and other “new media.” That year, the winner of that category was the project now known as Oyez, a multimedia archive of the U.S. Supreme Court that houses recordings of all the court’s audio back to 1955—and still survives.

Today, that site would fall under “multimedia,” one of the nine categories considered for prizes. Awards and honorable mentions are now available in the categories of books, commentary, documentaries, drama and literature, magazines, multimedia, newspapers, radio and television—but not every category will necessarily be given an award every year. Only work that truly merits a Silver Gavel will receive it.

If a particular issue—the death penalty or wrongful convictions, for example—has captured the attention of the public that year, there may be several entries dealing with that topic.

In 1958, the Silver Gavel Awards’ first year, one was given to 12 Angry Men, a Henry Fonda movie, which is still held today as one of the finest legal movies ever made. (Another Fonda movie, Gideon’s Trumpet, would win a Silver Gavel in 1981.) But in addition to the big-name winners, there have also been some more unlikely award recipients.

In 1979, a Silver Gavel was won by an inmate of Louisiana’s Angola prison, Wilbert Rideau, for a column in the prison magazine The Angolite. The warden attended the ceremony to accept Rideau’s award for him.

There have also been multiple generations of Silver Gavel winners. ABC News broadcaster Marlene Sanders won an award for her reporting on gun control in 1977, and her son Jeffrey Toobin won in 2008 for his book The Nine: Inside the Secret World of the Supreme Court. 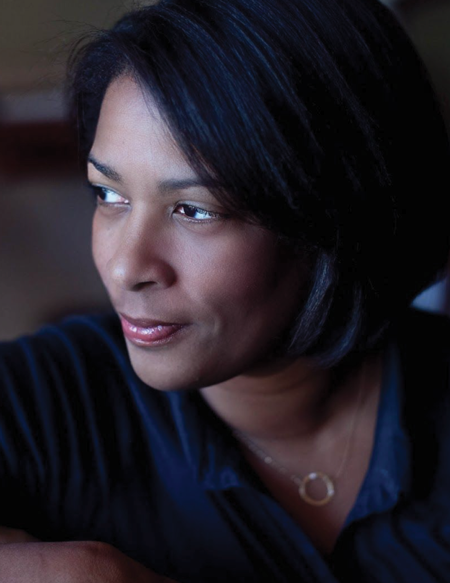 “It is a great thrill,” Toobin said when accepting his award. “Our guess is that we are among the few, and probably the only, mother-son team to have won.”

Dawn Porter is a two-time winner of a Silver Gavel as a filmmaker, first in 2014 for the documentary Gideon’s Army, which focused on the work of public defenders. This year, she won a Silver Gavel for Trapped, a Kickstarter-backed documentary about laws that target abortion providers with burdensome regulations.

Trapped premiered at the Sundance Film Festival last year. Porter says she never expected to be considered for a Silver Gavel for a second time. “I was so pleasantly thrilled!”

Porter was a practicing attorney for many years, first at Baker & Hostetler and then as in-house counsel for television and news studios. She left to become an independent filmmaker and founded the production company Trilogy Films. “As lawyers, we have lots of tools, and storytelling is one of them,” Porter says. “I felt like I had seen enough to try my hand at this type of storytelling.”

The mission of the Silver Gavel Awards is an important one for Porter. “I think that the way that the law intersects with our everyday lives is not always readily apparent,” she says. For her films, she gravitates toward stories with legal aspects. As an attorney, she finds many media portrayals of the justice system inaccurate and misleading, and as a documentarian, “any opportunity to show a truer version of what actually happens is really appealing.”

Edds says the awards’ role of putting a spotlight on media that reflect the true workings of the justice system is vital.

“You know, there’s such a lack of civic education in our schools today that it makes the Silver Gavel Awards much more important now than it was 60 years ago,” Edds says. “If we can expose students—or even their parents who probably didn’t get civics educations, either—to some of these books and documentaries, which really show how our legal system works, then we will have satisfied our role.”

Honorees will receive their awards from ABA President Linda Klein on July 18 during a ceremony at the National Press Club in Washington, D.C.

Silver Gavel: Evicted: Poverty and Profit in the American City, by Matthew Desmond.

Honorable Mention: Blood in the Water: The Attica Prison Uprising of 1971 and Its Legacy, by Heather Ann Thompson.

Silver Gavel: Do Not Resist, produced by VANISH Films.

An award ceremony for the winners will be held July 18 at the National Press Club in Washington, D.C.

This article appeared in the July 2017 issue of the ABA Journal with the headline "A Sterling Reputation: The Silver Gavel Awards have honored outstanding depictions of law in media for 60 years."