Solos need a backup plan to prepare for the unexpected 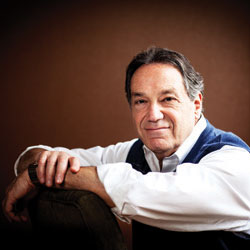 When the U.S. went to war with Iraq in 2003, San Antonio solo Thomas J. Crane, a member of the U.S. Army Reserve, was summoned to active duty. He had just five days to get his personal and business affairs in order.

“I assumed we’d have a couple of months to get ready,” says Crane, an employment lawyer.

With about 20 pending cases in various stages, Crane spent about 24 hours typing up summaries and detailed instructions for a couple of lawyer friends who had verbally agreed to pick up his cases if something happened.

Crane’s 10-month tour as an infantry training officer took him from Texas to Louisiana and Kansas. Some clients didn’t want to work with Crane’s substitute lawyers, while others tried to stick with him.

“I had one client who wasn’t happy about what happened. I spoke with her on the phone for about 45 minutes. I told her: ‘You can’t count on me. I don’t know how long I’ll be gone.’ ”

When he did return, Crane’s practice was all but gone. He took a job at a nonprofit specializing in disability rights before going solo again in 2009. Lesson learned. He now keeps more detailed summaries of pending cases, along with court and filing dates. “Back in 2003 I didn’t have a running list of all my cases. Now I do. But I still need to find one or two backup lawyers,” he says.

Having a plan for pinch hitters is essential for solos who can be forced away from their practice for any number of reasons, including sudden illness, disability—even death. Shell Bleiweiss, a Chicago environmental lawyer, didn’t need to worry about a backup plan when he worked for a large firm. But as a solo he does. “I didn’t have a plan for a number of years, but I did have a designated backup lawyer because malpractice insurance required it,” he says. “But I didn’t have a memo or all the details spelled out.”

It’s not enough to simply designate lawyers to cover for your practice. Solos need detailed plans that spell out everything. Bleiweiss made an agreement with another environmental lawyer in suburban Chicago and created a detailed memo that includes names of clients and pending cases, where he banks, and who has signatory authorization for his account and passwords for computers.

If Bleiweiss is suddenly incapacitated, his clients will be covered. “It’s up to the client to stay or not. That’s why I have a backup who’s an expert in the field,” he says. “For the client, it’s the most seamless way. It’s not as if they need to find a new lawyer. And for the backup lawyer, there’s the prospect of getting a lot of work.”

Debra Bruce, president of Houston-based Lawyer-Coach and author of the blog Raising the Bar, says lawyers need to think about this early. “I think the biggest problem is for newer lawyers because they may not have the network of lawyers in their practice areas to connect with,” she says.

Bruce suggests getting involved with the local bar association, particularly in the sections focusing on your practice area, and building relationships. She also says law schools’ career development offices, as well as classmates and people you meet at conferences, can be good resources.

“The big challenge is building the relationships to get their commitment and to build trust,” she says.

This article originally appeared in the January 2014 issue of the ABA Journal with this headline: “Pinch Hitters: Solos need a backup plan to prepare for the unexpected.”