Some firms swear by the use of private investigators 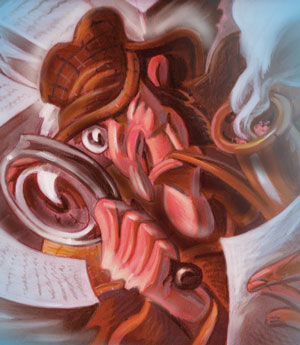 Fans of Perry Mason—those with fond memories of the TV show or recent admirers of the rereleased novels—will remember how private investigator Paul Drake helped the fictional lawyer solve crimes and defend the innocent.

PI Drake frequently discovered an exculpatory piece of evidence, located a long-lost witness, or used some form of legally acceptable trickery to help cinch a case for Perry.

Today’s gumshoes can now do their sleuthing with smartphone technology, surveillance cameras, social media, DNA and other high-tech gizmos and techniques unheard of in Mason’s day. And smaller firms are finding their services worth the cost.

“A private investigator is indispensable to a law firm,” says attorney Rusty Hardin, founder of a small Houston law firm, Rusty Hardin & Associates. “Our firm employs a full-time investigator. It was the best hire I ever made.”

About 85 percent of Hardin’s legal cases are civil actions, 15 percent are criminal matters; and Hardin’s investigator, Jim Yarbrough, works on both.

Yarbrough, a former Houston homicide detective, does financial background checks, document searches and Internet quests for information and data. Locating witnesses and talking to them before discovery is another critical service he provides.

“Our investigator is a trained interviewer, and I’d prefer to have him talk to a witness, rather than a lawyer [doing it],” Hardin says. “Lawyers often have a predetermined view of things and of a case. But trials are about people, and my investigator is very good with people.”

Although private investigators don’t have access to banking or medical records, or classified government documents, they can nevertheless obtain hard-to-get information that attorneys may require, according to Brian Willingham, a private investigator himself.

Willingham, president of Diligentia Group Inc. in Katonah, New York, cites as examples asset tracing and identifying, and locating and securing of potential witnesses, such as observers of corporate fraud.

“Understanding what a potential witness would say at trial, … taking their statements … and gauging their temperature” are among the many ways PIs can aid attorneys, Willingham says.

“We most frequently work on civil cases, including workers’ compensation, breach of contract and fraud,” Willingham says. “But I don’t take every case that comes my way. I select my own clients.” That excludes prospective clients who may want him to engage in unethical or illegal acts. “I tell these people that [our firm] is not a good fit.”

Fees for private investigators, according to Willingham, range from less than $75 an hour in some rural areas to almost $1,000 an hour, charged by what he calls “white-shoe firms.”

Baxter, a vice chair of the trial techniques and tactics committee of the International Association of Defense Counsel, says that “use of a PI can be done in a cost-effective manner, and the skills of someone who is devoting all of his time to track down the information and/or witnesses to support your theory of any case is money well spent.”

This article originally appeared in the March 2016 issue of the ABA Journal with this headline: “Detective Work: Some firms swear by the use of private investigators.”