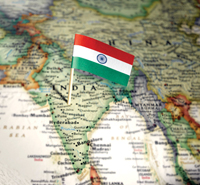 In a decision troubling to foreign firms eyeing India’s booming legal market, the Bombay High Court recently held that India’s Advocates Act requires all lawyers—whether they litigate or simply handle transactions and negotiations—to be licensed there.

Yet the ruling, arising out of a challenge to the India outposts of U.S. and U.K. law firms, is “nothing to get excited about,” says Gene Theroux, a senior counsel in Baker & McKenzie’s Washington, D.C., office who spent three years in India referring work to local firms.

The case originated in 1995 when Chadbourne & Parke and Ashurst opened in New Delhi, and White & Case in Bombay, all with permission of the Reserve Bank of India. The Indian public interest group Lawyers Collective challenged the RBI’s order. In January, the Bombay High Court ruled that the bank wasn’t authorized to allow foreign lawyers not enrolled as advocates to handle non litigation matters.

But India is not closed to foreign firms, Theroux explains. The decision stated only that Indian law practice—in and out of the courtroom—is limited to India-licensed attorneys. “No international law firm I know of would dream of sending lawyers to India who are not licensed to practice there.”

Kristi Gaines, legislative counsel for the ABA’s Governmental Affairs Office, says that despite the ruling, foreign firms will continue to operate in India in the same manner by planting attorneys in nearby countries, hiring Indian lawyers for discrete transactions or forming “best friends” relationships to regularly refer work to local firms. “No one should be shocked about how the court defined the practice of law because that’s how most countries define it,” she says.

Anand Grover, a Lawyers Collective trustee, says the ruling levels the playing field. The Advocates Act is like other countries’ licensing rules, Grover says. Lawyers “can’t have one rule in their own country and another one here.”

With the case pending for 15 years, the biggest question about the ruling may be: Why now? But there’s no significance to that, either. Theroux explains: “I read an article recently that calculated the Indian courts being more than 450 years behind in handling cases.”