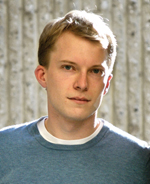 The failure of BigLaw to acknowledge the letter might seem to signify indifference to emerging issues of work-life balance. But there’s much more to the story.

The letter was written by Andrew Canter and Craig Segall on behalf of a group they founded called Law Students Building a Better Legal Profession. It urged firms to move toward transactional billing, to reduce billable-hour requirements and to implement balanced hours policies.

Of the handful of responses, “a few hiring partners reached out to see the gist of our concerns apart from the letter; they were curious how they could position their firm to best attract law students,” recalls Canter, now a 3L. (Segall has since graduated and says he can’t comment on the letter because he’s working for the judiciary.)

Another firm’s hiring partner called to argue, Canter says, stressing that it’s possible to gauge how a firm will treat its associates by working there during the summer. (Canter doesn’t agree.)

Then there was Orrick, Herring­ton & Sutcliffe, the only firm Canter would identify by name, which invited him to discuss work-life issues with Ralph Baxter, its chairman, and Tom Coleman, partner in charge of attorney development. So in May he met with them at their San Francisco offices, and by all accounts, the encounter was a success.

During the meeting, canter suggested that Coleman contact the Cen­ter for WorkLife Law at the Uni­­versity of California’s Hastings Col­lege of the Law in San Francisco.

Coleman did, and Orrick has since become a founding member of the center’s Project for Attorney Re­tention, which works to stem attrition by promoting work-life balance and the advancement of women.

This hook-up represents the letter’s “tremendous effect,” says Joan C. Williams, who heads the center and is co-director of PAR. “The fact that top students at a top law school, at a very vulnerable time in their careers, sent the letter is the talk of the legal town,” she says.

And a change in strategy by the fledgling group may help even more. Using data that firms pro­vided to the National Asso­ciation for Law Placement regarding diversity, work-life pro­­­grams and billable-hour requirements, Canter’s group has created a new system of rankings that may help students better evaluate which firms walk the walk on these emerging issues.

In October, the group released its rankings of firms in New York City and Wash­ington, D.C. Ratings for firms in Boston, Chi­cago and San Francisco are under development.

“Diversity, work-life programs and billable hours are reported by firms, but nobody has aggregated or ranked them to see the high or low performers,” he says. “We’re doing that.”

In addition, the group plans to use the rankings to pressure elite schools and large companies to limit recruiting and business opportunities for firms that fall at the low end of the scale.

“Law students have a choice of where they go, and they can choose a firm that’ll pay them a lot of money. But they can also encourage best practices by going to firms at the top of the list,” says Canter. “In five years, we’d like to see law firms on the bottom of our rankings understand that they’re going to lose talent by remaining on the bottom, and take steps to improve billable hours and attrition rates.”

And maybe then they’ll respond.