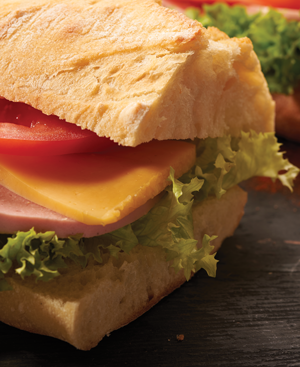 In January 2013, Australian teen Matt Corby posted a photo on Facebook of a Subway “foot-long” sandwich he’d bought next to a ruler that showed it was an inch short. The post went viral—and within weeks, people across the United States began to file lawsuits, claiming they’d been shorted by Subway, too.

These disappointed sandwich eaters weren’t simply suing to get money for themselves, however. They wanted their lawsuits certified as class actions, arguing that millions of Subway customers weren’t getting what they paid for.

As this litigation made headlines, it became the latest flashpoint in the debate about whether class action is an important tool for consumers to guard their rights or a way for lawyers to shake down corporations. Like many class action lawsuits in the news, this litigation involves fast-food restaurants.

Nine class action suits against Subway—in Arkansas, California, Illinois, New Jersey and Pennsylvania—were consolidated into one in June 2013 at the federal district court in Milwaukee, and the sides reached a settlement in February 2015. But consumers shouldn’t get their hopes up about getting any money—or even a coupon.

That’s because it’s all but impossible for people to prove that they ate a subnormal Subway sub. The plaintiffs and putative class members literally “ate the evidence,” remarked Stephen DeNittis, an attorney for the plaintiffs, during a court hearing.

But customers arguably are getting a less tangible benefit: Subway’s promise that its restaurants will do a better job of ensuring sandwiches are as long as they’re supposed to be, whether that’s 6 or 12 inches. As the result of a settlement, Subway’s parent company—Doctor’s Associates Inc. in Milford, Connecticut—is telling franchises to keep handy a ruler or a tape measure. Subway shops are under orders to measure a sample of at least 10 sandwiches every month.

As part of the settlement agreement, Doctor’s Associates would pay $500 to the 10 named plaintiffs—plus $520,000 in fees and expenses for the dozen attorneys who sued Subway. That didn’t sit well with lawyer Ted Frank, director of the Center for Class Action Fairness at the Competitive Enterprise Institute in Washington, D.C. He says the Subway case is “a pretty clear-cut example of lawyers abusing the system to benefit themselves.”

But Chicago attorney Thomas Zimmerman, who also represents the plaintiffs with DeNittis, says he has a more high-minded purpose. “We try to achieve a recovery for people who have been cheated, and we try to achieve changes in corporate practices,” Zimmerman says.

Frank hadn’t been involved in the early stages of the litigation at the U.S. District Court for the Eastern District of Wisconsin, but he challenged the settlement. As Frank explained to the court, he’s eaten dozens of Subway sandwiches, so he qualifies as a member of the class, giving him standing to file an appeal. He argues that the settlement is worthless to consumers, so the case shouldn’t have been certified as a class action in the first place.

“The class is getting nothing out of this,” he said during oral arguments in September at the 7th U.S. Circuit Court of Appeals at Chicago, which still is deciding on Frank’s appeal of the settlement. The judges sounded skeptical during the arguments. “A class action that seeks only worthless benefits for the class should be dismissed out of hand,” said Judge Diane Sykes. “That’s what should have happened here. … This is a racket.”

When Arthur R. Miller helped write Rule 23 of the Federal Rules of Civil Procedure in 1966—the one that created the modern system of class action litigation—he never imagined it would lead to lawsuits such as this. Miller, now a professor at New York University School of Law, says civil rights were the main motivation for opening the courthouse doors to class action. “The poster-child case was a desegregation case,” he says.

The rule also was intended to help consumers fight companies regarding problems such as fraud, Miller says. One person’s lawsuit against a company might not be economically viable, but it could be if all the other people who face the same problem are aggregated into one case.

“This is an essential tool to protecting consumers,” says Maia Kats, director of litigation for the Center for Science in the Public Interest in D.C., which brings class action cases against food companies. The government doesn’t have the resources to take action on every instance of false advertising, Kats says, but class action provides a way for citizens to step into that gap. Without it, she says, “we would have just a Wild West of false advertising claims.” Or as Zimmerman puts it, class action litigation is “almost like a private attorney general.”

Pro-business groups have been fighting for years to make class action cases more difficult to win. “There’s not a significant-enough deterrent against plaintiffs lawyers bringing these cases,” says Bryan Quigley, spokesman for the Institute for Legal Reform at the U.S. Chamber of Commerce. “The lawyers run the system and use it for their own benefit.” Quigley views the system as skewed against corporations, but Miller sees the opposite. In his view, court rulings and changes in the law have hindered class actions. “Actions are stillborn because the pretrial process over the past 20 years has been littered by stop signs,” he says. “Many actions are not even instituted because the cost and delay factors have gone sky-high.”

The Chamber put the Subway case on its list of most ridiculous lawsuits in 2013. Other suits against restaurants have made headlines. In 2014, Jimmy John’s gave $1.40 vouchers to customers when it settled a class action that accused it of selling sandwiches that didn’t include the alfalfa sprouts that were advertised. In January 2016, a California man sued McDonald’s, alleging that its mozzarella sticks were misbranded, containing more water and starch than federal food labeling laws allow in mozzarella. McDonald’s denied that, and in October, a judge dismissed the case. Also last year, federal judges in Los Angeles and Chicago dismissed lawsuits that accused Starbucks of underfilling iced drinks.

Fast-food restaurants have been facing an increasing number of high-profile class action cases. Quigley says such litigation attracts attention because restaurants have well-known brands. When lawsuits generate bad publicity, that puts pressure on businesses to settle, he says.

That happened in the Subway case, according to Jeffrey Babbin, a lawyer for Subway’s parent company. “Doctor’s Associates … believes it very much could win this case on the merits,” Babbin said during arguments at the appeals court. “But it made a decision in the midst of a media frenzy, … made a business decision to settle.”

During mediation, Zimmerman says, the lawyers who sued Subway realized they’d have trouble proving anyone lost out on sandwich purchases. “Because all loaves are baked from the same quantity of dough, each loaf contains the same quantity of ingredients,” wrote District Judge Lynn Adelman, who oversaw the case in Milwaukee. So even if a sandwich were shorter than 12 inches, it likely had the same amount of bread.

That’s why the plaintiffs gave up on seeking money for millions of customers and focused on getting Subway to change its practices. Frank argues that the settlement wasn’t necessary to force Subway to take action. Zimmerman acknowledges that Subway changed some practices before the settlement. “But all the changes were brought about as a result of our litigation,” he says. Subway attorney Babbin declined to comment.

Although Subway’s parent company and the plaintiffs agreed to settle the case, Frank is trying to stop that settlement, arguing that it sets a bad precedent for other class action litigation. “If we can create the precedent and encourage courts to look at other cases the same way, you got to start somewhere,” he says. “It’s a systematic problem, and there are a lot of settlements like this.”

Scott Nelson, an attorney with the litigation group at Public Citizen in D.C., says Frank is making a somewhat unusual argument. “He’s basically saying the class should get nothing, and the lawyers should get nothing, too,” says Nelson, who isn’t involved in the case. “He’s a member of the class, but he will be no better off if he wins than if he loses.”

Instead of paying the lawyers $520K, should Subway distribute that money to consumers? That would be pointless, Judge Adelman wrote, estimating that each person would get 28 cents. Zimmerman says the firms are getting paid only half the typical rate for their work. “I don’t think class counsel thinks this was their greatest payday,” Nelson says. “It’s not like they’re in the business of going out and getting these kinds of settlements and laughing all the way to the bank.”

Kats says the Center for Science in the Public Interest wouldn’t file a similar lawsuit. “We are focused on cases that have real meaning to consumers who believe that they’re buying something healthy when they’re not,” she says. “Those sorts of suits do a disservice to class actions.”

A federal lawsuit filed in October in the Eastern District of New York provides an example of the legislation Kats’ group chooses to pursue. The suit accuses PepsiCo Inc. of misleading shoppers by saying its Naked juices predominantly contain high-value ingredients, such as acai berries, blueberries, kale and mango, when the main ingredient usually is cheap, nutrient-poor apple or orange juice. In a statement to the press, PepsiCo called the lawsuit “baseless.”

For his part, NYU’s Miller says complaints about frivolous litigation are overblown. “It doesn’t happen that often,” he says. “And judges are wise people who can figure out ways of ter-minating frivolous cases early. I mean, if you’re a contingent-fee lawyer, why the hell would you take a frivolous case?”

This article originally appeared in the February 2017 issue of the ABA Journal with this headline: "Foot Fight: Lawsuit over length of Subway sandwiches raises questions about class actions against the fast-food industry."