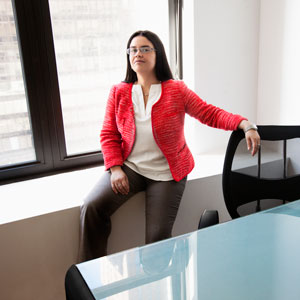 New Orleans attorney Andrew Legrand started his solo practice right after graduating in 2011, working mostly with small-business clients who needed various legal services. At first, he was able to handle most matters himself.


As his client base grew, Legrand partnered with Chadwick Tobler, who had some experience working at a large firm. But even with another lawyer on board, the firm—now called Spera Law Group—found it needed help on increasingly complex legal issues.

"We found we had clients coming to us with issues we didn't have the skill set to handle," Legrand says. "There were questions about intellectual property, securities and tax issues. We would kind of get stuck there."

Unable to hire full-time staff and mindful of keeping costs down, they began hiring lawyers on a temporary contract basis to deal with specific needs. "We don't necessarily have the workload to hire someone full time," Legrand says. "And it's hard to find a person who does a lot of things well."

So Legrand began hiring what he calls "specialists on demand" through a national legal staffing company, Custom Counsel. By hiring specialists as needed, Legrand could avoid referring clients to tax attorneys and instead offer a one-stop shop. So far, his firm has contracted with an attorney on five occasions, four of which were for tax-related issues involving partnerships and employment tax liability.

Nicole Bradick, founder of Custom Counsel (which recently partnered with CuroLegal, another consulting and staffing company), says legal staffing companies work well for small firms that have increasing business but remain cautious about the future. "This is a way to manage the workflow without hiring," says Bradick, who is based in Portland, Maine. "People are nervous about adding another fixed cost without knowing whether it will be a profit center."

Small firms also don't want more people to manage or to worry about payroll and benefits. "The No. 1 benefit for a lot of firms is that they are not paying for idle time," Bradick says.

Firms seeking temporary help don't pay for the service; instead, staffing companies collect a small percentage of the pay from the lawyers, who set their own rates. "We do the scouting and vetting for our clients," Bradick says, "and all our people are experienced."

Eileen Vega-Lamboy, regional director of legal staffing for Beacon Hill Staffing Group's New York City office, says small firms are better able to handle the uncertainties of the business by using contract employees. "It's a great model and works really well with the economy being up and down," she says. "It makes sense to bring in people when it gets busy."

The model also provides opportunities for solo practitioners who need the money. "There are a lot of people out there looking for work," Vega-Lamboy says. "It's also a good opportunity to get experience on their resumé, and it's a really good way to get in the door and meet people through networking."

A COUPLE OF CAUTIONS

But hiring temporary legal help can have its downside. Inexpensive, inexperienced lawyers can take up a solo's valuable time through training and supervising, thus defeating the purpose, says Vivian Sobers, a New York City solo and blogger who has hired freelance lawyers.

Sobers mostly hires temporary attorneys for court appearances. It's simple, short-term work that can save trips to the courthouse and free her up for more important matters.

"If you have someone under a longer contract, you can't mold them," she says. "They're still independent. They still want to have their own practice."

This article originally appeared in the June 2015 issue of the ABA Journal with this headline: “Temp-ting: Services offer part-time lawyers for occasional needs.”