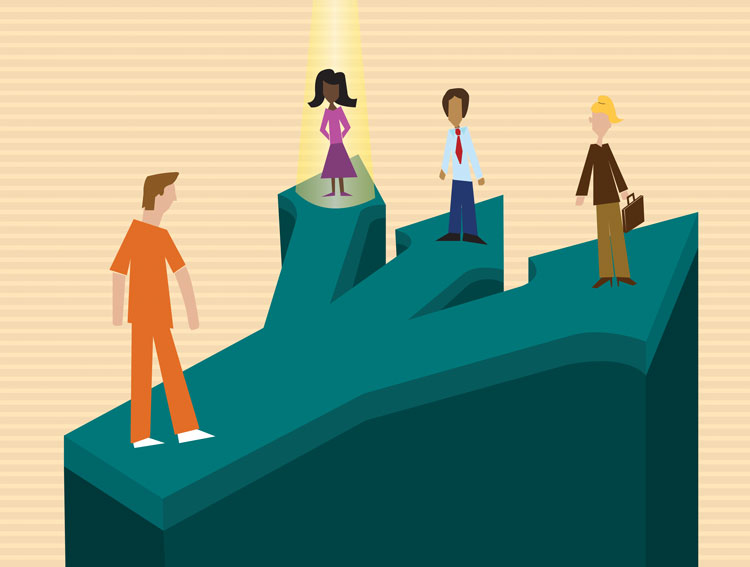 In early 2015, attorney Gina Jones became too popular for her own good.

As a private criminal defense lawyer, Jones might normally welcome new business. But on Feb. 2, 2015, her home jurisdiction of Comal County, Texas, started to experiment with how it handles indigent defense.

Rather than appointing counsel according to its old “wheel” system—in which the next lawyer on the list is appointed—the county gave clients a choice of any court-approved lawyer.

Within six weeks, dozens of them chose Jones. In the first few weeks, she says, her office was receiving two or three appointments every day. Project organizers say it’s unclear why she was, as she put it, the “flavor of the month,” although courtroom successes and positive reputation might have played a role.

Jones was soon overwhelmed with work—and because of the low pay for court-appointed cases, she also saw a substantial drop in income. Eventually, she had to take herself off the felony appointments list.

“I’m doing this because I like to fight for people that can’t fight for themselves,” says Jones of the Canyon Lake, Texas, office of Jones Sullivan. “But I can’t help everybody. It’s just impossible.”

If there were some kinks to work out in Comal County, a fast-growing area between San Antonio and Austin, that could be because it was the first jurisdiction anywhere in the United States to provide defendants this choice.

The Client Choice program in Comal County was organized by the Texas Indigent Defense Commission, a state agency dedicated to improving such defense without driving up costs.

A year of data showed that it worked—clients had better outcomes and felt more listened to. The county liked the system enough that it still uses it today.

“It was a successful proof of concept,” says Edwin Colfax, grant program manager at the commission. “We didn’t identify any … pragmatic obstacles to implementing it, and we didn’t observe any harms.”

REJECTION OF A RELATIONSHIP

Giving indigent clients a choice of lawyers is standard practice in Britain, but it’s nearly unheard of in the United States. Courts here have rejected attempts to make client choice a right in indigent defense.

In 1983, the U.S. Supreme Court held in Morris v. Slappy that indigent defendants don’t get a choice because they’re not entitled to a “meaningful relationship” with appointed counsel. In the same year, the 7th U.S. Circuit Court of Appeals at Chicago anticipated Jones’ problem, holding that clients would “paralyze the system by all flocking to one lawyer.”

Nonetheless, the concept was backed in a 1993 law review article, “Rethinking Indigent Defense,” by law professors Stephen Schulhofer of New York University and David Friedman of Santa Clara University. They argued that client choice could remove some perverse incentives in existing indigent defense systems. It might also improve the relationship between attorneys and clients, they suggested.

In 2010, the Cato Institute published “Reforming Indigent Defense,” based on the earlier article, which is how it came to the attention of James Bethke, former executive director of the Texas commission. He decided to test its theory, enlisting help from Colfax as well as Norman Lefstein, a professor at Indiana University’s Robert H. McKinney School of Law and a longtime adviser to the ABA’s Standing Committee on Legal Aid and Indigent Defendants. They chose Comal County because it was big enough to provide meaningful data—but not so big that it would be hard to get local stakeholders on board.

Right away, the program had to be modified because Texas law requires that judges appoint indigent defense counsel. That meant organizers couldn’t simply hand out vouchers as the 2010 paper envisioned. Instead, they decided to let defendants choose any lawyer Comal County already had approved for indigent defense work and struck an informal deal with the county’s six judges to appoint the defendants’ choices.

This article was published in the June 2018 issue of the ABA Journal with the title "Defendant’s Choice: Texas county experiments with allowing indigent clients to choose their own lawyers."