May 18, 1926: The strange disappearance of Aimee Semple McPherson 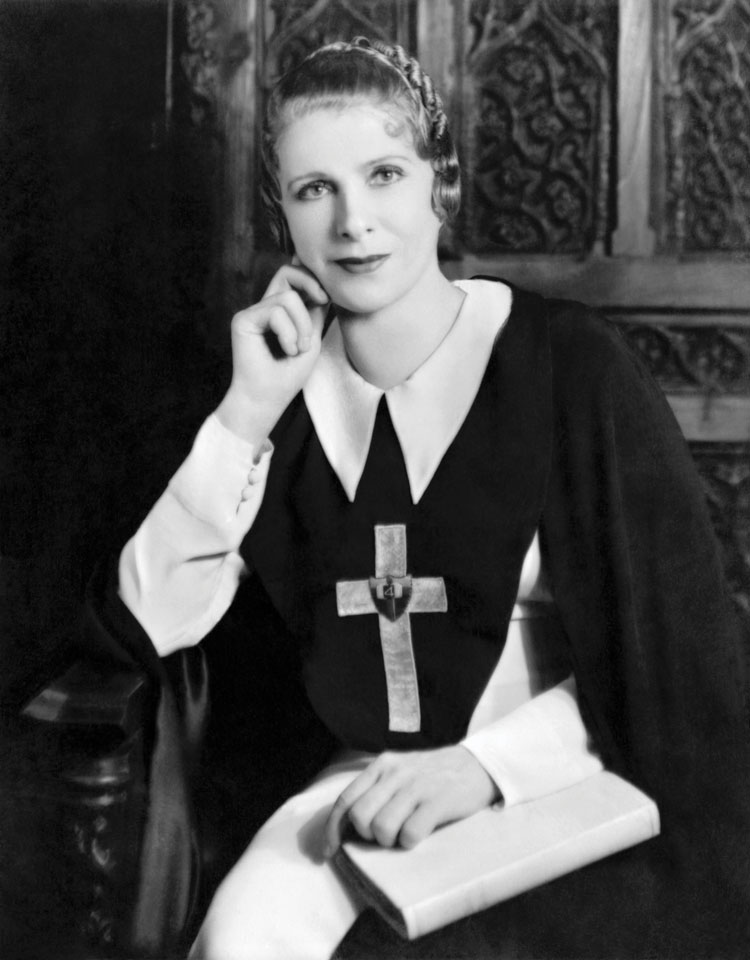 Aimee Semple McPherson was used to being noticed. Between her faith-healing tent revivals, her Sunshine Hour radio broadcasts beamed from Los Angeles and the pageantry of her “illustrated sermons” at her Angelus Temple, “Sister Aimee” was one of the most recognizable women in America. So when she vanished while swimming off California’s Venice Beach on May 18, 1926, it was odd that no one noticed where or how she disappeared.

Born in Canada as Aimee Elizabeth Kennedy, McPherson was as enigmatic as she was famous. Her Foursquare Gospel was both mystical and practical. She eschewed Old Testament damnation in favor of healing in every sense. Her followers believed the vibrations of her voice could cure through hands placed on their radio sets. Her charities attended to the abandoned babies and pregnant young women who showed up on her doorstep. The Ku Klux Klan donated to her ministry, only to be scorned for its bigotry from her pulpit.

But at 35, she was a single mother, already twice married; first widowed by Robert Semple, then divorced from Harold McPherson. Her reluctant beauty and confident charm generated adoration and imitation—and gossip.

Her disappearance drew a massive police search, widespread mourning and 2-inch headlines. Grief, however, was quickly overcome by suspicion and hysteria: thousands of sightings, phony kidnap demands and a belief among the Southern California establishment that the whole thing was a farce. Thus, by the time the evangelist reappeared 36 days later in a tiny Mexican border town across from Douglas, Arizona, the hunt for her body had become a full-scale criminal probe.

A dazed but healthy McPherson recounted being lured away from the beach by a couple asking her to help their sick baby. Once out of sight, she was pushed into a car and chloroformed, only to awake inside a small desert shack. She said the couple and their driver held her prisoner for more than a month before she managed to cut through her bonds and escape into the desert, wandering for 17 hours before finding the Mexican couple who took her in.

As her improbable story unfolded, relief gave way to tawdry suspicion: a publicity stunt, an abortion, an affair. Attention turned to Kenneth Ormiston, a married audio engineer who’d developed the evangelist’s radio station. Earlier that year, Ormiston had left both the church and his wife. McPherson’s disappearance fueled gossip about their easygoing friendship; her reappearance propelled throngs of reporters to a small cottage in Carmel, California, where witnesses claimed they had spotted the couple during the time McPherson described being in Mexico.

In Los Angeles County, District Attorney Asa Keyes convened a grand jury to investigate her disappearance, proceedings that quickly turned on McPherson and her mother/manager, Minnie Kennedy. Both testified extensively, and the grand jury refused to bring charges against them. But when defense witness Lorainne Wiseman approached Keyes with a new, more sordid story, the politically ambitious Keyes brought charges. After her earlier testimony, Wiseman had been arrested on bad check charges. When the evangelist refused her bail money, Wiseman turned to Keyes, claiming McPherson and her mother had hired her to testify that her sister had been the woman seen with Ormiston in Carmel.

At their six-week preliminary hearing, throngs of reporters and spectators elbowed each other for glimpses of Sister Aimee, while in newspapers and even in the courtroom she faced vulgar names and accusations. On Nov. 3, McPherson and her mother were bound for trial for obstruction of justice and jeopardizing public morals.

Though her mother urged a low profile, McPherson literally preached her innocence—both from the pulpit with costumed devils named for prosecutors and politicians, and in daily interviews with the press. But by the end of the year, Wiseman had withdrawn her claim, and on Jan. 10, 1927, all charges were dropped.

McPherson died at age 53 with her disappearance never fully resolved; no kidnappers were ever found, and no part of her story was ever convincingly refuted.