Legal writers are constantly called on to explain things: how an invention works, how a statute’s wording affects its application, why certain people’s actions do or don’t amount to a conspiracy, why a state statute violates the federal constitution and so on. Among the most difficult and predictably recurrent types of explanation is why a legal precedent bears on a point to be decided. Although every lawyer must be prepared to do this, it’s surprisingly tricky.

Just as you know people in your daily life who can’t explain things in an orderly way—their discourse is often jumbled—there are legal writers who can’t explain effectively. In their defense, we might acknowledge that it’s challenging. When you’re explaining a piece of litigation, you’re telling three stories: 1) what happened out in the world to give rise to the dispute; 2) what happened procedurally in the trial court with the witnesses, the lawyers and the judge; and 3) what the outcome was on appeal. We know that No. 3 is a crucial part of the story because only appellate decisions serve as precedents. 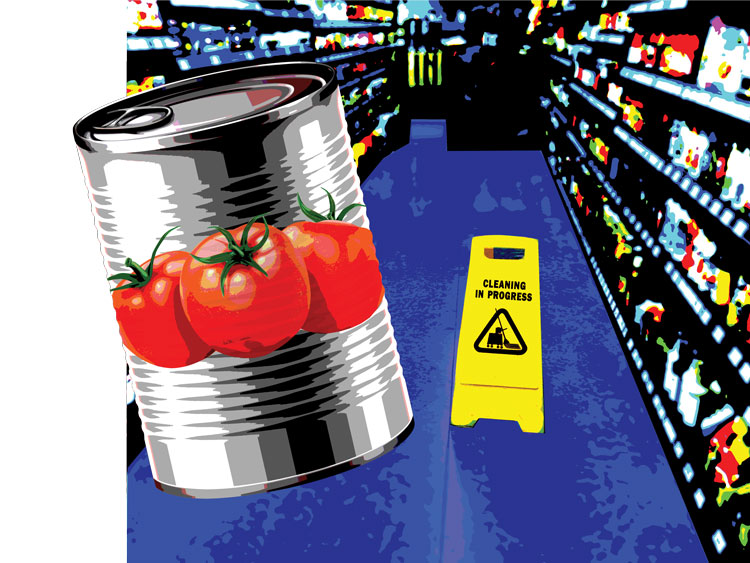 But No. 3 is rarely pertinent on its own. Typically, some degree of No. 1 or No. 2 (or both) will be essential steps to understanding No. 3.

Expositions of caselaw have two common weaknesses. First, you’ll often find acontextual statements about a case abruptly introduced without a predicate necessary for understanding. That can happen through excessive buildup: The whole thing fizzles because the account is too taxing on the reader. (Too much time is spent on No. 1.) Second, you’ll often see abstract statements offered without any context, leaving the reader mystified. (Too little time is spent on No. 1.)

Let’s say you’re at a supermarket with a friend who suffers a fall when you’re not present. He comes up to you disheveled, limping and rubbing his elbow. “What happened?” you ask.

Answer A: “I was in aisle 3, looking for some diced tomatoes. All I could find was some tomato sauce and tomato paste. It was so frustrating. The woman beside me said she didn’t know. So I asked an employee for help. ‘Do you know where the diced tomatoes are?’ I said. And he said to follow him down the aisle. But then I saw a can of diced tomatoes and thought he’d gone too far …”

This answer seems to be taking forever, and the details don’t clearly matter. But some people do talk this way—putting everything in chronological order, with excessive buildup. When you ask for the bottom line from such a person, you’ll often be told, “I’m getting there!”

Answer B: “My elbow is killing me, and I think I’ve hurt my knee. It was horrible, just horrible. And such a shock. Two of them hit me directly and knocked me to the ground. I may need to see a doctor.”

This response isn’t answering the question of what happened. Granted, it probably qualifies as an excited utterance, and people who’ve just been injured can’t be expected to be coolly rational. Being a lawyer, you might be able to elicit what happened with a few skillful questions, but it’s going to come out piecemeal.

Answer C: “A stack of cans fell on me. I pulled down a can of diced tomatoes, and the rest fell down on me. They hit my leg, and I think I hurt my elbow when I fell.”

Now that’s an economical and informative answer. Some of your friends will talk this way even after such a frightful occurrence. It’s a habit of mind. These are three very different answers, and they’re analogous to the ways in which lawyers try to explain cases.

Explanation A: a welter of acontextual detail

Let’s say you have a leading case that’s on point. It’s the only California case that discusses an insurer’s liability for costs to stabilize property after heavy rains. Some legal writers launch into a new paragraph by immediately bringing up a case name and then plunging into facts. Stay with me here:

In City of Laguna Beach v. Mead Reinsurance Corp., indemnity was found not to be available when municipal actions were taken after a landslide occurred in the wake of heavy rains that damaged the foundations of two homes, which partially collapsed and became temporarily uninhabitable. According to the appellate court, the city was faced with the threat of further hillside activity. The evidence marshaled at trial showed that the city engaged a team of five engineers who supervised city workers in stabilization and reconstruction. Characterizing these costs as “voluntarily incurred ‘prophylactic expenditures,’” the court [which one?] held that they were not covered because an insured loss must exist before “mitigation costs” can arise. There was no showing at trial that any damage had yet occurred on the newly stabilized parts of the hillside. Accordingly, there was no showing, the appellate court held, that the city bore any prior liability imposed by law for property damage.

The sense of the passage is discernible, no doubt—if you try. But it requires a fair amount of readerly exertion. And no reader appreciates having to work harder than the writer has worked (or should have worked) to make things clear. Look again at that passage, noting the intermixture of parts No. 1 (outside world), No. 2 (trial court) and No. 3 (appellate court).

Explanation B: the breathless result

Some writers skimp on all the facts and go straight for an acontextual result:

In City of Laguna Beach v. Mead Reinsurance Corp., the court held that a city has no recourse to insurance indemnity absent an insured loss. Such a loss is not entailed when a city takes prophylactic measures to prevent further landslides, as opposed to taking steps in mitigation of prior landslides.

If that’s the full account of the leading case, it’s too abstract and too inscrutable to be really convincing. Some writers would put that passage into a parenthetical that trails the case citation—and some, sadly, would treat almost every case that way. That’s certainly not what you should do with a leading case.

You’ll typically benefit from having a good topic sentence first and then using the case to support it, as opposed to making the abrupt introduction of a newly mentioned case into a faux topic sentence.

Notice how much more easily this version reads:

When assessing insured losses in cases involving earth movement, California courts distinguish between mitigation and prevention. Mitigation costs (which are recoverable) involve losses actually incurred; prevention costs (which are not recoverable) involve forestalling a loss. The leading case is City of Laguna Beach v. Mead Reinsurance Corp., in which heavy rains caused landslides that seriously damaged two houses. The city quickly hired engineers to stabilize yet-unaffected parts of the hillside. When the insurer refused to cover the stabilization and reconstruction costs for those unaffected areas, the city sued. The appellate court held that the insurance policy covered only expenditures to mitigate existing liabilities, not to prevent future ones. Where no damage had yet occurred, the city had no liability to mitigate.

Note the pattern there: Begin with the legal principle in your own words, identify the case, briefly state what happened to give rise to the dispute and then explain the result together with the reason for it. It’s a pattern you’ll want to adapt to many a discussion.

This story was originally published in the Dec/Jan 2020-2021 issue of the ABA Journal under the headline: “A Case of Exposition: There’s a formula for effectively explaining caselaw.”

Bryan A. Garner is the co-author of The Law of Judicial Precedent (2016), editor-in-chief of Black's Law Dictionary, and president of LawProse Inc. in Dallas. Find him on Twitter @BryanAGarner.