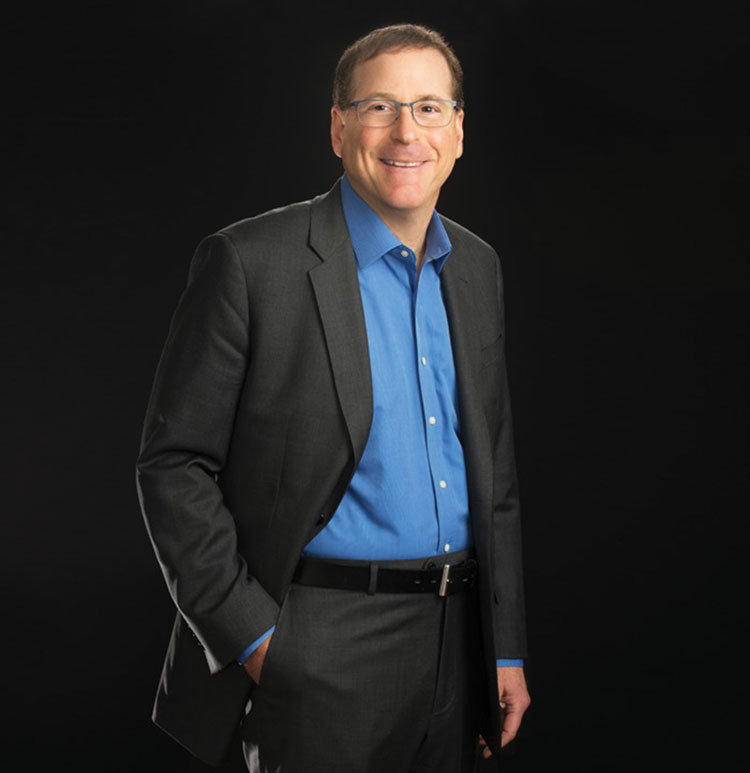 In 1986, Cooley partner Michael N. Sheetz was a freshly minted law school graduate heading to Boston to start his career in commercial litigation. But he knew he wouldn’t be satisfied focusing solely on his private practice. So he also began volunteering for the Anti-Defamation League.

Fast forward more than 35 years, and Sheetz remains actively engaged as both a lawyer and an ADL volunteer, parallel pursuits he has likened to dual careers. In his practice, Sheetz advises corporate boards, executives and universities; litigates complex business issues for companies such as Uber; and leads his firm’s sports practice, representing organizations including the Pac-12 Conference.

In his work with ADL, he has held numerous leadership positions, including chairing the New England regional board and co-chairing ADL’s Global Leadership Council. In February, Sheetz began a three-year term as president of the ADL Foundation, the organization tasked with funding ADL’s fight against antisemitism and hate.

Q. What made you choose ADL?

A. I wanted to give back as an advocate because that’s what I liked to do, and I felt I could be effective that way. ADL is an advocacy organization, so it was a natural fit. My first role at ADL was to be part of the civil rights committee, diving into legal issues that were the hot topics of the day in the mid-’80s.

Q. Was there something in particular that ADL was involved with at the time where you were like, “Yeah, that’s what I want to roll up my sleeves and do too?”

A. Absolutely. There were a lot of issues that we rolled our sleeves up with, but I am most proud about ADL’s eventual adoption of a position in favor of same-sex marriage many years before other national civil rights organizations took on the issue. Massachusetts was the first state to establish a state constitutional right to marriage for same-sex couples, and I helped lead the charge locally and then nationally for ADL to adopt a stance in favor of legalizing same-sex marriage. I was selected to present the “pro” argument before ADL’s national commission shortly before the commission formally adopted ADL’s policy statement in the early 2000s.

Q. I had no idea ADL was involved in issues like this—when I think of the group, I think more about fighting antisemitism.

A. The ADL was founded by Jews in response to stark antisemitism at the turn of the 20th century, but we definitely embrace a large agenda and non-Jewish supporters. There are really two parts of the ADL mission: fighting antisemitism on one hand, and promoting civil rights on the other hand. I’ve found that over the years, the pendulum of emphasis has swung back and forth. I am Jewish, but when I got involved, it wasn’t so much because of the antisemitism prong, it was really because of the civil rights prong.

Q. Do you think that lately that pendulum is swinging back to the antisemitism side or that this type of hate has become more of a problem recently?

A. Yes. Unfortunately, in recent years I would say the need for fighting antisemitism as ADL’s first priority has become much more profound. I spent a lot of time in the early years of my involvement focusing on non-Jewish communities like communities of color and other groups that have historically suffered from injustice and discrimination. Now, the Jewish community is under attack. It’s less secure than it’s been at any time in my 35 years of involvement.

Q. The Pittsburgh synagogue shooting being a recent example.

A. Today in America, Jews feel insecure. They feel physically insecure in their institutions and in their daily lives. And unfortunately, there are lots of examples of why they feel that way. It’s all the more reason why a stable, well-funded and vibrant ADL is critically necessary. We are the go-to organization for fighting antisemitism.

Q. This seems like a perfect segue to talk about your position as ADL Foundation president. I know the foundation is a separate entity that’s focused on financials, but what does that mean in terms of what you do? What does the job entail?

A. I work closely with the senior leadership of the ADL, both the volunteer side and the professional side. The foundation’s board of directors is pretty large—35 people, all of whom have been very committed ADL volunteers for many years, like myself. We have professionals who manage and direct the money, and we have volunteer leaders who are financial professionals who supervise the managers.

My role is as much a leadership and governance role as anything else. I keep abreast of—and contribute to—ADL’s priorities of the day. What are our points of emphasis? What positions will ADL take on key civil and human rights issues? How should ADL allocate its limited resources? What resources will be necessary for future initiatives and programs?

I keep in touch with key ADL staff and volunteer leaders, including the board, helping give life to volunteers’ passion for activism and also ensuring proper governance and process for the foundation. And I work to make sure that we conserve and grow the foundation’s financial resources. All of this entails a lot of Zoom meetings, in-person meetings and planning.

Q. Was there a learning curve?

A. Not really. In my role as a lawyer, it’s very common for me to advise boards of directors and to use my judgment and my knowledge of governance to help organizations work more efficiently and to lead them in the direction they want to go. And I think those skills have been useful as president of the foundation.

Q. I’d like to ask you about your recent involvement in a lawsuit over the Boston public school system’s admissions policy to its exam schools. You represented ADL pro bono and filed an amicus brief supporting the school system’s policy in the district court, and you have filed another amicus now that the ruling in favor of the school system is being appealed to the 1st U.S. Circuit Court of Appeals. How does it feel to be working for ADL but in your capacity as a lawyer?

A. I love the fact that I can use my training and experience as a lawyer to advance issues important to ADL and me. The Boston school [system’s] case is one example, but I have participated as amicus for ADL in a number of state and federal appellate cases over the years. And I had the privilege to testify before the legislature for ADL on important bills, like the anti-bullying legislation some years ago.

Q. Let’s talk client development. Has your ADL work ever helped you land a client, and do you think your existing clients appreciate your commitment and your contribution to ADL?

A. I can confidently say that I have never sought to exploit my ADL ties to build my legal network or my legal business. But I will say that anything that gets you out in the community and gets you a more developed network and puts you in touch with people who run businesses or make important decisions, it’s all going to be supportive of your legal business. And I think it’s a good practice for a lawyer to be doing that, to be out in the community, engaged in leadership roles.

So I found them to be very symbiotic, my legal career and my volunteer career. And I do think Cooley’s clients respect and appreciate and support Cooley’s pro bono efforts, like my ADL work. We are all drawn to people who have similar values, and I think the majority of my clients have values that are closely aligned with my values. They also recognize, unfortunately—and I keep saying “unfortunately,” but it’s true—that this work is more important now than it’s ever been.

This story was originally published in the October/November 2022 issue of the ABA Journal under the headline: “Parallel Pursuits: This Boston lawyer has spent nearly four decades developing dual careers in law and advocacy.”