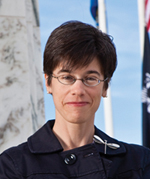 As a minor, Steven Zick spent time in three juvenile centers for theft. While in custody he was allegedly jumped by other detainees, beaten with a sock-covered padlock and raped.

His mother, Cathy Minix, filed a civil rights lawsuit on his behalf against the superintendents of the facilities and other officials. She had complained repeatedly to the authorities before filing suit. But Zick himself didn’t file a grievance while in custody.

As a result, U.S. District Judge Robert L. Miller in the Northern District of Indiana dismissed his federal claims. Miller ruled that the 1996 Prison Litigation Reform Act barred the lawsuit.

“Mrs. Minix made heroic efforts to protect her son from what she understood was occurring,” Miller wrote in the 2005 case, Minix v. Pazera. Nonetheless, he added, “her efforts cannot be said to have satisfied Mr. Zick’s obligation under the Prison Litigation Reform Act to exhaust available administrative remedies.”

Zick is among the many prisoners whose cases have been dismissed under the PLRA, which is aimed at ridding the courts of what were perceived to be prisoners’ frivolous lawsuits. One of the backers, retired Sen. Bob Dole, famously pointed to a lawsuit by an inmate who was served chunky peanut butter instead of creamy as an example of the type of action the law would curtail.

But a growing chorus of voices is saying that the law was too restrictive, and that it is preventing people from bringing valid cases to the judicial system.

The upshot is that far fewer cases are filed in court today than in the past, according to law professors Margo Schlanger and Giovanna Shay. Their white paper, “Preserving the Rule of Law in America’s Jails and Prisons: The Case for Amending the Prison Litigation Reform Act,” was published in 2007 by the American Constitution Society.

In 1995, 26 cases were filed per 1,000 inmates. Within a decade that proportion had shrunk to 11 cases per 1,000, according to the U.S. Department of Justice’s Bureau of Justice Statistics.

Shay, an associate professor at Western New England College School of Law, says that the court system is no longer in a position to intervene to stem many abuses. The PLRA “undermines one of the few accountability mechanisms that we have for prisons,” says Shay. “When there’s no oversight, it’s hard to keep corrections cultures healthy,” she adds.

Among the most significant hurdles, the statute bars prisoners from bringing civil rights lawsuits without first exhausting administrative remedies. The act also bars prisoners from recovering damages for emotional or mental injuries unless they have suffered physical injury. And the measure limits attorney fees to 150 percent of the statutory criminal justice rate and caps attorney compensation at 150 percent of an actual money judgment.

The law also effectively limits the length of resulting consent decrees to two years in many cases.

As the law’s full effects become known, advocates and observers—including the American Bar Association—are calling for the law to be amended or repealed.

In February 2007, the ABA House of Delegates adopted a resolution calling for repeal of or amendments to the PLRA, saying the statute “places formidable, and often insurmountable, obstacles in the paths of incarcerated individuals seeking redress from the courts for violations of their federally secured rights.”

The ABA report elaborating on the resolution suggests repealing the PLRA requirement that the inmate suffer physical injuries before filing a suit for mental or emotional injuries, and changing the exhaustion requirement to allow a prisoner’s lawsuit to be stayed while the internal administrative process continues.

The complaints have reached Capitol Hill, where Rep. Bobby Scott, D-Va., has proposed the Prison Abuse Remedies Act, which would significantly re-vise the PLRA. Rather than automatic dismissal when prisoners didn’t file grievances, the bill would allow judges to stay cases for 90 days to give prison officials the opportunity to take administrative action.

Scott’s bill would eliminate the physical injury requirement for claims of damages and make it easier for judges to craft orders that last longer than two years. Additionally, the measure—proposed in 2007 and reintroduced last December—would exempt minors from the PLRA.

But state attorneys general say requiring inmates to file grievances before going to court is good public policy. “Grievance procedures promptly alert corrections managers to problems ranging from the trivial to serious health and safety issues so they can take immediate action to prevent harm to inmates and fix problems, large and small, before they turn into federal lawsuits,” says a 2008 letter to Congress from 41 state attorneys general.

They also argue that before the law was enacted, the federal courts were “so overburdened by frivolous prisoner litigation that legitimate cases were delayed by years.”

Sarah Hart, who helped Congress draft the PLRA in her previous capacity as director of the National Institute of Justice, recently stated in a letter to lawmakers that prior to the law’s enactment, inmate lawsuits cost more than $80 million each year to defend.

Hart, who is now with the Philadelphia district attorney’s office, also defended the two-year limit on consent decrees in her written submission to Congress. “Provisions that seemed wise years earlier soon became outdated and counterproductive,” she argued. “Some jurisdictions became embroiled in contractual minutiae. New York City, for example, had consent decrees so detailed that they even dictated the type of cleanser—Boraxo—required to be used to clean the floors.”

Rep. Scott says that none of these arguments trump the need to ensure that courts have the ability to grant relief when inmates raise serious claims. “The fact that many suits are, in fact, frivolous does not mean that all suits are frivolous,” he says.

Though the act took effect more than a decade ago, the full impact wasn’t realized until recently.

“Some of the issues really did not become acute until they had been litigated, which took some time,” Shay says. “If it was a statute that affected a large corporation, we may have heard about it sooner.”

A turning point was the U.S. Supreme Court’s 2006 decision in Woodford v. Ngo, in which the court ruled that prisoners must not only file grievances before suing but also bring grievances within the time limits established by prison authorities. Those time frames often are far shorter than statutes of limitations—in some states, only a few days.

In one recent case out of the Southern District of New York, Amador v. Andrews, an inmate filed a grievance alleging that she was sexually assaulted by a guard. U.S. District Judge Kevin Thomas Duffy ruled the inmate hadn’t exhausted her remedies because she didn’t also allege exactly how the prison management had improperly supervised or trained the guards, according to Lewis of the Legal Aid Society. The 2nd U.S. Circuit Court of Appeals at New York City is considering an appeal.

Lewis says the trial judge’s ruling leaves inmates in an untenable position because they often know only what they experienced, not how official policies and procedures might have played a role.

In some situations, the PLRA’s requirement that inmates suffer physical injury to recover monetary damages has even excluded lawsuits stemming from sexual assaults. For instance, in 2006 in Hancock v. Payne, U.S. Magistrate Judge John Roper Sr. in the Southern District of Mississippi dismissed a lawsuit by several male inmates who alleged they were sodomized. “The plaintiffs do not make any claim of physical injury beyond the bare allegation of sexual assault,” he wrote.

Few observers think Congress actually intended these kinds of results from the statute. “The real effects have been far more draconian than anticipated,” Shay says. “The law was not supposed to cut off meritorious claims.”