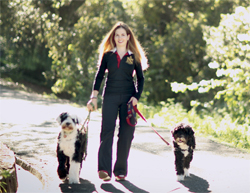 Legal work for large transactions requires a team approach, says San Fran­cisco lawyer Andrea Chavez, but thanks to technology the team doesn’t always have to be in the same building.

Her firm, Virtual Law Partners, has no physical office, and everyone works remotely. Owning up to no-office status is taken to the extreme. Described as a “Web-based law firm,” its homepage plainly states that all lawyers and staff “work mostly from home.”

“There’s absolutely no stigma attached,” Chavez says, “because we’re all doing it this way.”

If a physical meeting is required, Chavez and colleagues “buddy up” at her large home near San Francisco’s Haight-Ashbury neighborhood.

After being open for 11 months the firm has 40 lawyers, most of whom went to Ivy League law schools and worked at large firms. While a handful of other firms are trying the no-office approach, Virtual Law Partners is at this point probably the largest, with the most large-firm refugees.

It was founded by Chavez, who was an associate with Morrison & Foerster and Heller Ehrman; Craig Johnson, the 14th lawyer to join Wilson Sonsini Goodrich & Rosati, who later founded Venture Law Group; and RoseAnn Rotandaro, another Wilson Sonsini alum and the former general counsel of BenefitStreet Inc.

At this point the firm only handles transactional work, but it did recently add an employment law partner. The firm also has a chief financial officer, a communications director and a tech­nology architect, all of whom work remotely. 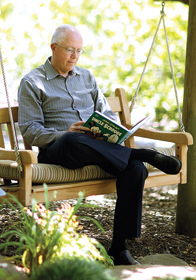 What’s saved on office space and operating costs goes to the lawyers and their clients.

Partners get 65 percent of what they bill and collect as working attorneys.

If they also manage a project, they get an additional 20 percent of their col­lections. The remaining 15 percent goes to firm overhead.

Individuals set their own billing rates, but according to Johnson most rates are about half of what is charged by large-firm lawyers with similar ex­perience.

Chavez and Rotandaro founded virtual law firms before this one, but both felt their businesses were too small to do the work they wanted. Indepen­dent­ly, the two women approached Johnson for advice.

The former computer engineer had dealt with remote work situations a little bit at Venture Law Group. But since then technology, including bandwidth, has improved significantly. Johnson also noticed that a growing number of nonlaw busi­nesses now have liberal tele­commuting policies.

“We started thinking about how this firm could be constructed piece by piece,” he says.

Hours are kept on a time entry system, and team leaders approve team time. Software shows which clients have paid.

Emotional connections figure into the plan as well.

Lawyers and staff have use of a ski house in the California Sierras.

Johnson says that anyone too busy to take a vacation can work remotely at the location while family members enjoy more leisurely pursuits.

The firm also has get-togethers that include family members. In the fall, for instance, Johnson and his colleagues spent a Friday eve­ning racing go-karts.

“One way of connecting is having lots of parties—and having the at­torneys together with their families,” he says. “We try to find every way we can think of to mix people together, but let them practice where they live. To find the right balance is part of the challenge that’s facing us.”

Everyone at Virtual Law Partners is part of a virtual PBX system, with which they can reach each other by telephoning an extension rather than calling outside numbers. The system can be programmed to include other numbers, and Chavez’s line also rings to her iPhone.

When she walks her dogs, she wears a headset.

“I take calls wherever,” says Chavez, who usually works from 8 a.m. to 5 p.m. “I don’t mind because I have a really good life.” 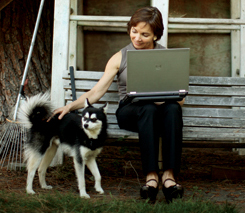 Lawyers split the cost of malpractice insurance, and there are no partner profits, in the traditional sense. Nor are there any associates. Chavez says the firm can handle moderate-size acquisitions of under $100 million.

“We are particularly well-suited to undertake the due diligence aspects of those projects because our attorneys are very experienced, and thus efficient,” she says, estimating that the due diligence work an asso­ciate would do in five hours, she could do in one.

She is speaking not only as a lawyer but also as a cli­ent of other firms. In 2000, Chavez and her husband, Daniel Putterman, founded Mediabolic, a com­pany that provides embedded software in consumer electronics products. They sold the company in 2006 to Macrovision for $43 million.

Like most of the other VLP lawyers, Chavez doesn’t need a sig­nificant income immediately, nor is she interested in billing 2,000 hours a year.

Indeed, Johnson spent about $1 million of his own money in firm startup fees. His work as its CEO involves him focusing on business development and identifying technology that allows the firm to run smoothly, and he doesn’t bill for legal work.

Johnson expects the firm will break even when it has between 50 and 60 partners, which will probably be by the end of 2009. Considering that Venture Law Group had $53 million in revenues in 1999, six years after he founded the firm, some say his expectations aren’t unrealistic.

And while other law firms were laying people off in February, Chavez says her firm had its highest amount of billable hours so far.

“It will probably be another six to nine months before we really see major client acceptance,” Johnson says. “But frankly, these times are helping us rather than hurting us because we have such low overhead and clients are looking for more cost-effective legal services.”

Law firms have been notoriously reluctant to let their lawyers telecommute, fearing that clients will disapprove. Yet many major corporations let their own attorneys work from home.

Allows telecommuting if there is a reasonable justification. Approval is given on a case-by-case basis.

Offers employees a remote work plan, through which job responsibilities can be performed outside the primary work site.

Allows employees to combine work time between a remote location and an official Verizon office.

Depending on business unit needs and the type of work performed, employees can be eligible for the company’s [email protected] plan.

Allows employees to telecommute based on management approval. Participants must maintain physical office space, with no children in the work area. The site must meet safety and ergonomic standards.

Telecommuting is allowed; employees work out the arrangements with managers.

Virtual Law Partners attorneys keep more of their billables, thanks to a unique compensation model.

Virtual Law Partners distributes up to 85 percent of its collections to lawyers, says Craig Johnson, one of the firm’s founders.

The firm gets 15 percent of what is billed and collected on a project.

The attorneys working on the project get 65 percent of what they bill and collect.

The attorney managing the project gets 85 percent of what he or she bills and collects, plus 20 percent of each working attorney’s collected billings on the project.

Next:
In-House Is No Haven