We Don't Need No Stinkin' Software 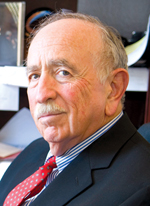 In the beginning, there was neither the bill­able hour nor time-and-billing software for law practices. Still, when the former arose in the 1970s, the latter came soon after. But despite the obvious linkage, these innovations don’t comfortably coexist in many modern law firms. An interesting finding in the latest ABA Legal Technology Survey Report is that while 81 percent of lawyers have some sort of bil­ling software, only 56 percent actually use it.

Considering that billing for their time is how lawyers get paid, this seems like a problem.

Laura Calloway, director of the law office management assistance program at the Alabama State Bar, says lawyers don’t use their bill­ing systems enough, and that can be a liability. “It’s like playing tennis with an old-style wooden racket,” she says. “You’ve lost even before you get in the game.”

Lawyers like Foonberg, author of How to Start & Build a Law Practice, say ignoring billing software isn’t a problem as long as there is a paper system or an assistant who can track charges.

Foonberg recommends lawyers use a control sheet to keep track of which clients they are working for. As soon as the phone rings, he writes down the name of the client calling. He says it’s easy to go back later and fill in the details.

“I think that keeping accurate records is a matter of discipline, not what tools you use,” says Foonberg, who is also of counsel to Bailey & Partners in Santa Monica. “I don’t think it’s a matter of how you use software or what programs you use; it’s the concepts behind it.”

The two agree on one thing (sort of): Foonberg thinks people err when they simply buy the software but don’t pay for training. Callo­way says that by plunging in only halfway, lawyers often get stuck with systems they don’t know how to use or don’t even really like.

Sometimes system purchases are based on input from clerical staff, says Calloway, “and then the person who recommends it leaves, and people use something else.”

That often leads to ad hoc solutions, like using other desktop software to track work. “Using something like word processing, spreadsheets or QuickBooks is not good, because they don’t give you an information base to make good financial decisions,” Calloway says. “You need to know how to determine costs to determine the cost at which you provide services.”

Lawyers typically use time-and-billing software to de­scribe the work done for a client and to track time spent on a project. The information is compiled in a centralized database that tracks total time and billing rates, creating detailed bills and reports for the client.

A system for small firms and solo practitioners, like RTG bills, starts at around $95. It does time entry and customizable bills, manages accounts and performs accounting functions.

Other packages—such as LexisNexis’ Billing Matters—can be bought independently or as an integrated part of the company’s Time Mat­ters package, or as a part of some other vendors’ software systems. Besides its billing functions, it can integrate with a firm’s calendars, document management system, customer relationship management system and project management tools. Time Matters with the time-and-billing functions starts at around $600 and can cost several hundred dollars more depending on the number of total users.

Practice management experts say that using time-and-billing software intelligently isn’t just about getting paid for your work; it’s about getting smarter as a businessperson.

“I get calls all the time from lawyers asking how to collect past due bills,” says Calloway. “If they would use their time-and-billing better, they can keep track of the relationship with clients and recognize problems. Your billing system is one of your best communication tools with your clients.”

Products mentioned in this article: