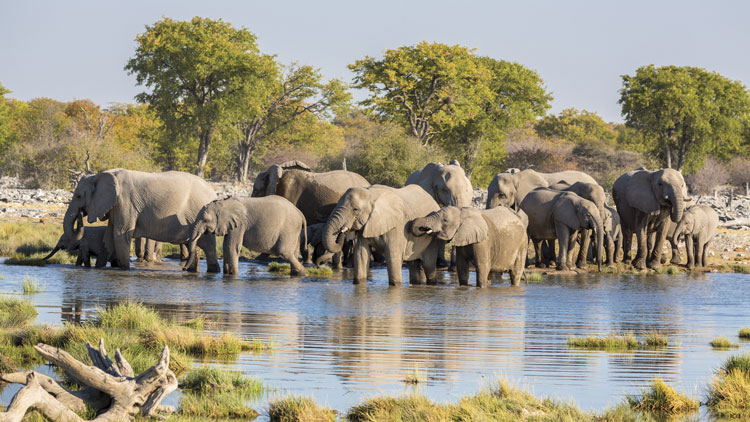 The word whistleblower evokes names such as Edward Snowden, Daniel Ellsberg and Deep Throat. But the reach of today’s whistleblower has begun to extend beyond the political jungle and into the animal kingdom through the Global Wildlife Whistleblower Program.

The program has a referral network of 54 attorneys who, so far, are pursuing 16 cases that involve crimes against wildlife. Wildlife crimes have a broad definition that covers plants and animals—everything from illegal fishing to prohibited lumber imports.

Several current cases target the black market for ivory from poached elephants, an issue highlighted in a 2016 report by Interpol and the United Nations Environment Programme. The report found that in Tanzania alone, poachers kill about 3,000 elephants every year, generating a street value for ivory of more than $10 million.

Kohn saw an opportunity to utilize existing laws to provide relief to those in countries that lack a rule of law, yet are at the center of an extinction crisis. It was also a chance to develop a niche practice area.

Kohn’s program drew attention this year when it won a top award in the Wildlife Crime Tech Challenge, a competition run by the U.S. Agency for International Development.

Having handled whistleblower protection cases since 1984, Kohn thought federal criminal and civil statutes such as the False Claims Act and the Foreign Corrupt Practices Act could apply to wildlife whistleblower cases.

Kohn realized the best way to combat the problem was to “incentivize it by making it more profitable to turn in a poacher than to help a poacher.”

This article was published in the December 2017 issue of the ABA Journal with the title "Whistleblowing for Wildlife: Advocates hope rewards prompt reporting of poaching and other crimes."