Who's Up, Who's Down in Partner Pay

Major, Lindsey & Africa’s 2012 survey of partners at large law firms showed some significant differences in income depending on not only equity or nonequity status but also location, type of practice, compensation system, gender and race.

According to the study, “A total of 2,228 responses were received from law firm partners practicing across the United States and abroad. Respondents included partners from over 25 practice areas and 60 cities.” The 32-question survey was sent by ALM Legal Intelligence to partners in Am Law 200-size, NLJ 350-size and Global 100-size firms selected from its proprietary database.

The statistics also show a strange but somewhat misleading result—that Asian-Pacific partners, averaging $712,000 annually, did better than white partners, averaging $682,000. The study mentions in a footnote that “the relatively small number of nonwhite respondents [made it] difficult to draw statistically meaningful conclusions for those categories.” Figures for Hispanic and black partners are included in those categories.

The full study, and a 2010 study surveying partners at firms without regard to firm size, is available on the Major, Lindsey & Africa website. 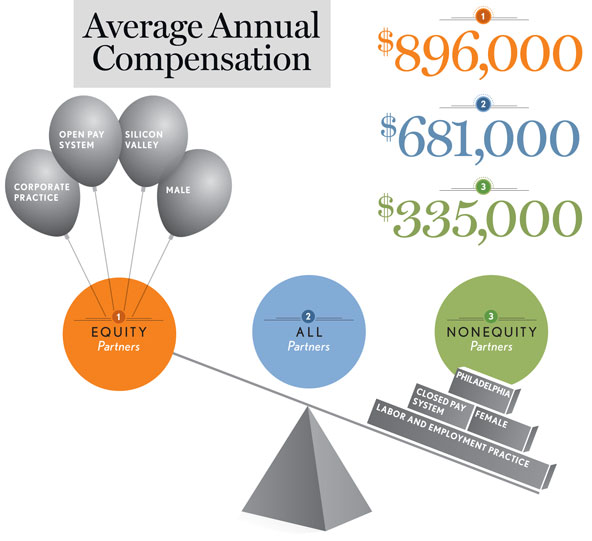