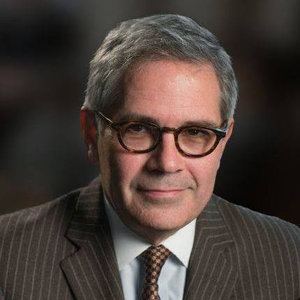 The move makes “clear his intention to take the office in a different direction,” spokesman Ben Waxman told philly.com.

Before winning the election last year, Krasner was a civil rights attorney who often sued the government, including law enforcement. He also defended activists, like those arrested at the 2000 Republican National Convention, and protesters from the Black Lives Matter movement.

The Philadelphia District Attorney’s office employs about 600 people, half of whom are prosecutors. While names of those fired were not released, reports state that the people pushed out Friday could account for up to 10 percent of the prosecutorial staff.

Homicide prosecutor Andrew Notaristefano, who was actively preparing a case, told philly.com he received “no explanation” for being let go. Notaristefano also says his request to speak with Krasner about the firing was denied.

After Krasner took the oath of office on Tuesday, he said, “A movement was sworn in today… A movement for criminal justice reform that has swept Philadelphia … and is sweeping the United States.”

Krasner was financially supported in part by George Soros, a billionaire who has started to invest in local district attorney races to promote progressive criminal justice reform and minority candidates. Since 2015, Soros has spent at least $3 million dollars on electing prosecutors, according to Politico.

Krasner takes over an office that’s not been without controversy. Seth Williams, the previously elected district attorney, resigned from office and plead guilty to federal bribery charges last June.

The District Attorney’s office had not yet released a statement on the firings as of Friday evening.