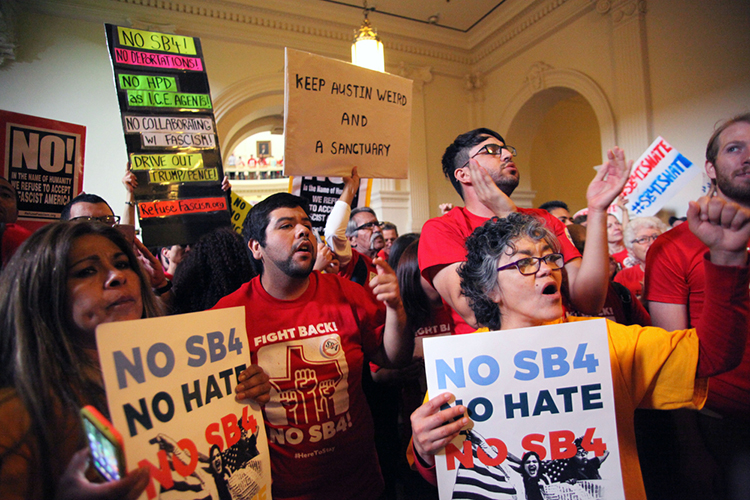 A federal appeals court Tuesday allowed Texas to enforce a law that barred local governments from adopting sanctuary policies, except for a provision that raised First Amendment concerns.

The court said that the plaintiffs would likely mostly lose in their challenge to the state law known as SB 4. The court agreed with the plaintiffs, however, that a provision barring elected officials from “endorsing” sanctuary cities policies is probably unconstitutional. That provision “proscribes core political speech,” Judge Edith Jones wrote for the panel.

The law also requires local law enforcement agencies to comply with detainer requests by Immigration and Customs Enforcement, unless there is proof that the person is a citizen or lawfully in the country.

The American Civil Liberties Union, which represented some of the plaintiffs, said it is exploring its legal options.

“The court made clear that we remain free to challenge the manner in which the law is implemented, so we will be monitoring the situation on the ground closely,” said Lee Gelernt, deputy director of the ACLU’s Immigrants’ Rights Project.