9th Circuit says the Batmobile is a copyrightable character 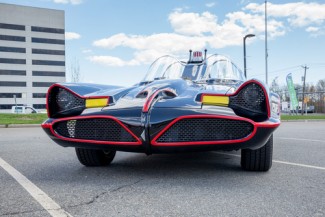 The case deals a POW! to Mark Towle, a Southern California mechanic who had been sued for selling replica Batmobiles based on the vehicles used in the 1966 television series and 1989 movie. DC Comics is the original copyright holder and had licensed its rights to various media companies.

Towle had argued that the Batmobile was not subject to copyright protection, and that if it was, DC did not own the copyright in the specific vehicles he was reproducing.

The district court rejected this, finding that the Batmobile had been consistent enough over time, retaining its black color, bat motifs and “high-tech gadgets and weaponry.”

A three-judge panel of the 9th Circuit ultimately agreed, in an opinion (PDF) littered with Batman references.

“The Batmobile is almost always bat-like in appearance, with a bat-themed front end, bat wings extending from the top or back of the car, exaggerated fenders, a curved windshield, and bat emblems on the vehicle,” Ikuta wrote. “This bat-like appearance has been a consistent theme throughout the comic books, television series, and motion picture, even though the precise nature of the bat-like characteristics have changed from time to time.”

Courts have recognized that copyright protection extends to “sufficiently distinctive” elements of a work, the court noted. That was specifically applied to cars in Halicki Films, LLC v. Sanderson Sales & Marketing, a 2008 decision about the vehicle “Eleanor” from the movie Gone in 60 Seconds.

And even if DC had given away its rights when it licensed them to television and movie companies, Ikuta said, it’s still entitled to sue for infringement of the underlying work.

“As Batman so sagely told Robin, ‘In our well-ordered society, protection of private property is essential,’” Ikuta wrote. “Here, we conclude that the Batmobile character is the property of DC, and Towle infringed upon DC’s property rights.”