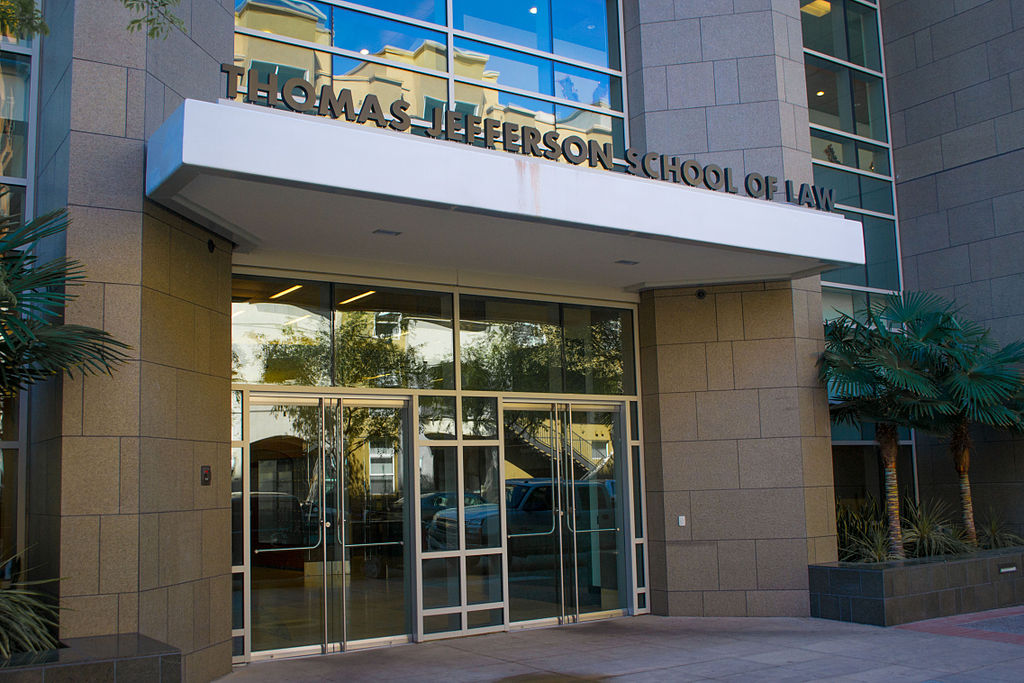 Thomas Jefferson School of Law has been placed on probation by the Council of the ABA’s Section of Legal Education and Admissions to the Bar. The decision, dated November 2017, adopts an Accreditation Committee recommendation.

“The council determined that the law school’s present and anticipated financial resources, admissions practices, academic program, and bar passage outcomes have resulted in the law school now being in a position where only immediate and substantial action can bring about sufficient change to put the law school on a realistic path back to operating in full compliance within the time allowed by the standards and rules of procedure,” the decision (PDF) states.

According to the finding, the San Diego law school is noncompliant with the following standards:

• Standards 202(a) and (d), which address program resources.

• Standard 301(a), which deals with legal education program objectives.

Also, the decision states that the law school is noncompliant with Interpretations 501-1 and 501-2, both of which discuss factors to consider in admissions. The communication directs the law school to submit a reliable plan by Feb.16. Also, a fact-finder will be appointed to visit the school and review admissions data and methodology that the school provides.

The probation decision follows a May 19 letter (PDF) from Barry Currier, the ABA’s managing director of accreditation and legal education. The communication stated that the Accreditation Committee had found that the law school wasn’t in compliance with Standards 202(a) and (d), 301(a), 501(a) and (b) and 309(a). Standard 309 addresses academic advising and support.

Joan R.M. Bullock, who has served as the law school’s dean since July 2017, according to her website bio, was not available for comment.

California has not released its July 2017 bar results yet. For the July 2016 California Bar exam, Thomas Jefferson School of Law had a 31 percent pass rate, according to information published on Tax Prof Blog.

Annual full-time tuition at the law school is $49,500, its website states. According to its employment summary (PDF) for the class of 2016, out of 210 graduates, 46 had full-time, long-term jobs that required bar passage.