Despite ardent support, ABA House votes down measure giving a 'state' delegate to US Virgin Islands 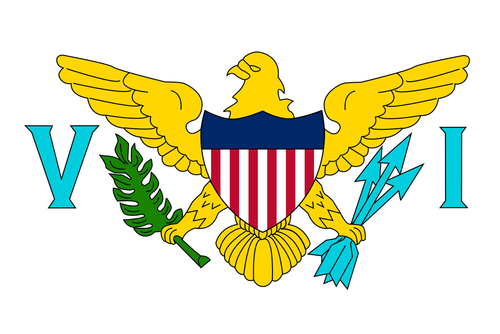 The flag of the U.S. Virgin Islands. Image from Shutterstock.

A bid to give the U.S. Virgin Islands their own delegate to the ABA House of Delegates failed Monday morning to reach the required two-thirds vote.

Resolution 11-2 proposed to amend the ABA’s constitution to allow one state delegate “for each state and the United States Virgin Islands.” It was sponsored and moved in the House by Anthony Ciolli, a delegate from the Virgin Islands Bar Association and an attorney for the Supreme Court of the Virgin Islands.

Ciolli argued that excluding the islands, a U.S. territory, denies them an equal voice in the ABA. His report notes that Washington, D.C., and Puerto Rico, which are not states, have state delegates.

Opposition to Resolution 11-2 wasn’t centered on the substance of the proposal, but rather on its procedural irregularity. Opponents argued that the proper time to ask for a new state delegate is during a decennial review undertaken by the House. One delegate told the House that departing from that process would create a slippery slope leading to extensive governance amendments at every meeting.

Supporters of the resolution, by contrast, made equality arguments. Among those supporters were former ABA presidents Dennis Archer and Paulette Brown, as well as Adriane Dudley of the law firm Dudley Rich in St. Thomas, U.S. Virgin Islands.

The vote was close enough that House chair William Bay asked delegates to stand to have their votes counted. That count came out to an even split of 223-223, short of the required two-thirds vote for approval. Bay declared the measure defeated, an announcement that led to loud murmurs from the House floor.

Interviewed after a lunch break, Ciolli said the Virgin Islands delegation and its supporters were overwhelmed by an outpouring of support from all corners of the ABA. While it’s always difficult to reach a two-thirds majority, he said, he respects the position of the House and plans to work on it later.

“We just keep pushing the rock farther up the hill every year,” he said. He hoped that the fact that this vote was a tie showed that they were making progress.