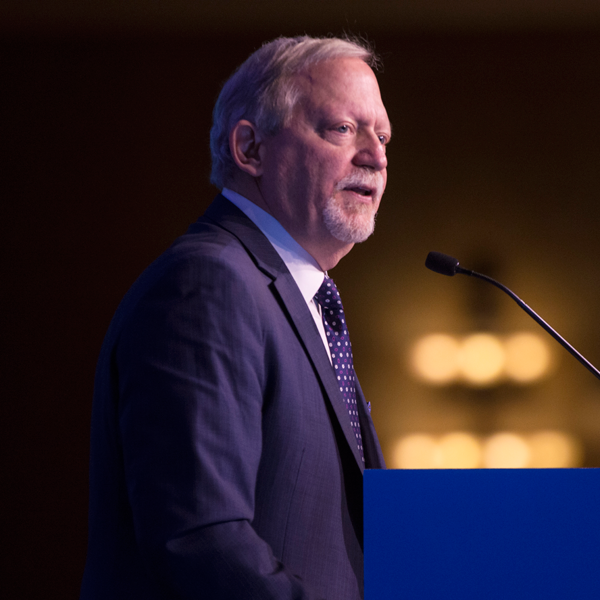 The ABA sets the gold standard for the American legal profession, ABA President Bob Carlson told the ABA House of Delegates on Monday—and it will never stop championing due process and the rule of law.

“We share values as lawyers no matter where we’re from, no matter what kind of law we work in, or what our politics may be,” he said.

Politics was a theme in Carlson’s speech, starting with a reference to the government shutdown that ended Friday night. He thanked the estimated 800,000 government employees who went without pay for more than a month, and he urged Congress and President Donald Trump to prevent another shutdown.

Another initiative that got a mention is the ABA’s Working Group to Advance Well-Being in the Legal Profession, an attempt to address the consistently high rates of mental health and substance abuse problems in the profession. Carlson urged the audience to take advantage of resources the ABA offers and raise awareness of the problem because “we cannot afford to lose this battle.”

On a point of personal privilege, Carlson briefly recognized the recent death of John Bouma, a member of the ABA House of Delegates who served as chair of the Snell & Wilmer law firm for 32 years. 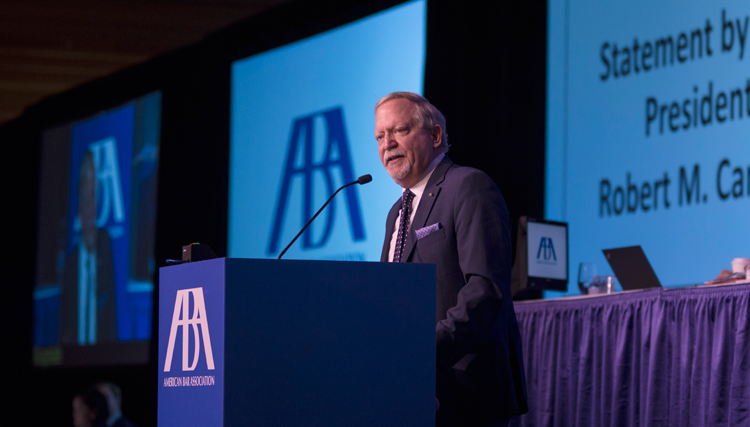