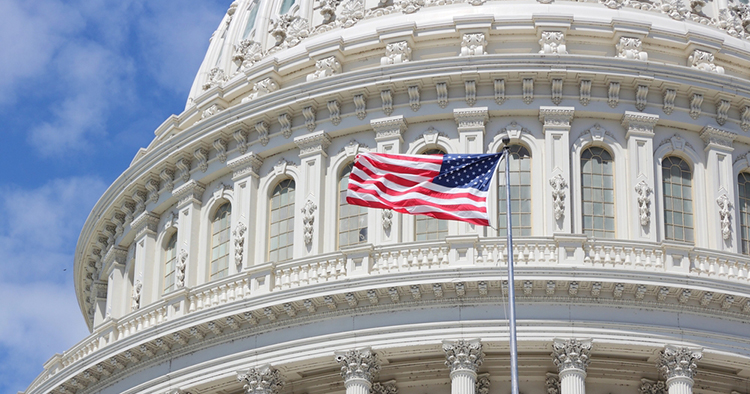 ABA President Hilarie Bass has written a letter to House and Senate leaders working on the consensus tax bill asking them to include law firms and other professional service businesses in tax relief for pass-through entities.

The leaders reached an agreement on the tax bill Wednesday, though details were sketchy and provisions were in flux, the New York Times and Politico report. Politico described pass-through differences as a “major issue awaiting resolution.”

On Friday, Republicans settled on changes to the tax bill, even as many details remained unknown, report Law360 (sub. req.), the Chicago Tribune and the Washington Examiner. The final bill will be made public late Friday. This bill now goes to Congress for a final vote next week.

Pass-through businesses include partnerships, Subchapter S corporations and sole proprietorships. Income for such entities passes through to the owners’ individual returns where it is currently taxed at ordinary income tax rates.

The ABA letter (PDF) notes that the House version of the tax bill generally bars law firms and other professional service businesses from getting tax relief extended to other pass-through entities, while the Senate bill would include law firms in the pass-through tax relief.

The ABA backed the Senate’s approach on this issue, but without caps that bar relief for higher-income professional service providers. In addition to writing the letter, the ABA was pushing for pass-through tax relief for law firms through emails, social media, direct letters and phone calls. The association has also reached out to more than 120,000 members and asked them to call their congressional representatives on the issue.

The House bill lowers the tax rate to a maximum of 25 percent on qualified business income for many pass-through businesses, and a phased-in 9 percent rate for small pass-through entities. However, the pass-through rate reduction would generally not apply to law firms and many other types of professional service businesses.

The letter urges conferees to adopt the Senate approach, but to drop the language that phases out the deduction for professional service providers earning more than the income limit.

“The ABA believes that all pass-through businesses should be treated equally, irrespective of their lines of business,” the letter says. “Therefore, we urge the conferees to remove this arbitrary income limitation and apply the same 23 percent deduction to professional service businesses and to all other pass-through entities on a nondiscriminatory basis.”

If conferees opt for the House approach or an alternative approach, the ABA urges that all pass-through entities, including professional service businesses, receive the same tax benefits.

Neither version of the tax bill required accrual accounting for law firms. The ABA had written a letter last year that opposed proposals to require law firms and other personal service businesses with annual gross receipts over $10 million to use the accrual method of accounting. According to the ABA, the accounting method would have forced many law firms to pay taxes on “phantom” income they hadn’t received and may never receive.

Additional sentence added to fifth paragraph at 3:15 p.m. Updated on Dec. 15 to include latest action on the bill.