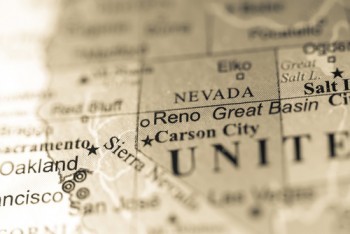 The ACLU of Nevada has sued the state, alleging that indigent defense in rural counties is so inadequate—and so poorly overseen by state authorities—that the defense provided is insufficient under the Sixth Amendment.

According to the Las Vegas Review-Journal, the ACLU’s complaint focuses specifically on rural counties where indigent defense is provided by contracted private attorneys, who are paid regardless of the defense they provide. This is effectively a flat fee, says ACLU of Nevada director Amy Rose—and flat fees push the lawyers to spend their time with private clients who are paying more. Nevada has allowed this to continue because it doesn’t adequately supervise the counties, she says.

“Although these problems are occurring at the county level, ultimately the state has the responsibility to fix this,” Rose told the Review-Journal.

Because contract attorneys are paid so little, the ACLU lawsuit (PDF) says, they don’t see their indigent clients for months at a time, and pressure them to take plea deals regardless of the facts. That’s what lead plaintiff Diane Davis of Pahrump says happened to her when she was charged with arson and animal cruelty. Davis originally had a private attorney paid for by a philanthropic group, but the group ran out of money. She then turned to the Nye County indigent defense system, which appointed the same attorney.

When he was privately retained, the complaint says, this attorney discussed fighting the charges with Davis. After he was appointed, she says, he pressured her at least six times to take a plea deal. They eventually parted ways; Davis has been represented by four different attorneys and waited more than four years for a trial.

Rose told the newspaper that the ACLU has been working with the state on improving indigent defense in rural counties—the lawsuit names Churchill, Douglas, Esmeralda, Eureka, Lander, Lincoln, Lyon, Mineral, Nye, Pershing and White Pine Counties—for nearly a decade without improvement. Earlier this year, the Nevada legislature considered a bill that would originally have addressed some of the ACLU’s concerns. But when it was signed into law in the summer, the Review-Journal said, it had been turned into a study bill.

A spokesperson for Gov. Brian Sandoval said the state was “disappointed” about the lawsuit and said the governor had tried to address rural indigent defense by creating a new rural judicial district.

As the ABA Journal reported earlier this year, indigent defense clients have filed numerous lawsuits in recent years, alleging that state or local funding is so poor that it creates constitutionally inadequate representation. The ABA’s Standing Committee on Legal Aid and Indigent Defense has undertaken several recent studies of public defenders’ workloads and timekeeping in order to generate data showing that their offices genuinely need more funding.