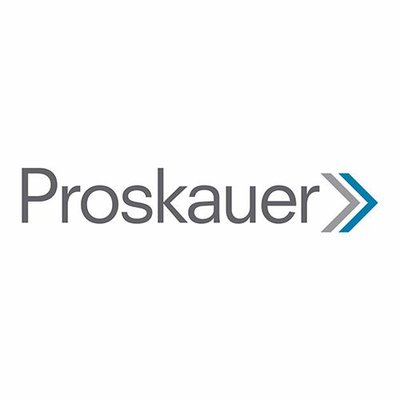 Update: Retaliation claims have been added in an amended complaint to a gender discrimination and Equal Pay Act suit filed against Proskauer Rose.

Although the suit was initially filed by a Jane Doe plaintiff, in the amended complaint filed Wednesday, the plaintiff revealed herself to be Connie N. Bertram, a partner in Proskauer’s Washington, D.C., office. According to Bertram’s firm bio, she is the head of the District of Columbia office’s labor and employment practice and its government contractor compliance group, and the co-head of the firm’s whistleblowing and retaliation group. The recent filing says that Bertram also served as the hiring partner for Proskauer’s office there.

The amendment complaint, which seeks more than $50 million in damages, added retaliation and defamation claims to the U.S. District Court for the District of Columbia action, but drops a Family and Medical Leave Act charge, “as we are focusing on Bertram’s core allegations of gender discrimination and retaliation, which still includes discrimination based on her caregiver responsibilities,” Andrew Melzer, one of her lawyers, told the ABA Journal.

“Since plaintiff filed her lawsuit and charge, Proskauer’s retaliation has intensified,” according to the amended complaint. Examples given include limiting Bertram’s access to firm files and databases; removing her from committees; excluding her from firm events and partner meetings; instructing her not to interact with candidates and recruits; and ,with “only one exception’” not asking her to work on client matters.

Before Bertram filed her lawsuit, the parties unsuccessfully tried to resolve the matter using a New York mediator. Bertram claims that during a mediation session a Proskauer representative made a statement that constitutes unlawful retaliation. A Southern District of New York judge quashed supoeonas seeking to produce the confidential notes, but on Thursday the New York-based 2nd Circuit U.S. Court of Appeals in a summary order instructed the trial court to conduct an en camera review of the mediator’s notes.

Bertram alleges in the amended complaint that Ralph C. Ferrara, described as a “prominent securities litigator” in the firm’s Washington office, has made inappropriate comments about her appearance “almost every time he saw plaintiff in the office.”

“Plaintiff complained to Proskauer’s general counsel, Stephen Obus, about inappropriate statements that Mr. Ferrara made to plaintiff and to and about summer associate candidates,” Bertram’s complaint states, “but the firm took no action to discipline Mr. Ferrara or stop his harassment. Indeed, Mr. Ferrara’s conduct has continued unabated since plaintiff complained.”

Ferrara did not immediately respond to an ABA Journal interview request.

According to Bertram’s May 2017 complaint, when she joined Proskauer in 2013, she was told that if she generated at least $7 million in revenues a year, she would be paid more than $3 million annually. That didn’t happen, her lawsuit says, and she was rebuffed after expressing an expectation to earn at least $2.75 million. A press person for Sanford Heisler Sharp, Bertram’s counsel, said Bertram is not doing interviews at this time.

In response to the amended complaint, Proskauer released a statement saying that the primary issue in this lawsuit is whether Bertram is a business owner or employee, and her amended complaint includes no new evidence about that.

“Instead, it is full of accusations contradicted by the facts, and a misrepresentation of Proskauer’s transparent and equitable compensation system that resulted in her earning enormous sums for her contributions,” the statement reads. “That same system has resulted in the median compensation of our male and female equity partners being identical and the averages being close to identical (94 percent) before considering other factors like specialty or experience.”

In May, Proskauer sent out a press release in response to a claim in Bertram’s lawsuit that out of 49 partners in her department, she’s been among the top five earners.

“Proskauer indicated in its press release that its characterization of Ms. Bertram’s so-called dwindling business was based on objectively verifiable facts. However, Proskauer’s statement about Ms. Bertram’s legal practice was both objectively verifiable and demonstrably false. The firm’s internally published performance metrics—available to all Proskauer partners—conclusively belie Proskauer’s statement about the status of plaintiff’s business when she lodged her internal complaint,” the filing states.

Updated at 3:25 p.m. to include the Thursday ruling on a mediator’s notes.