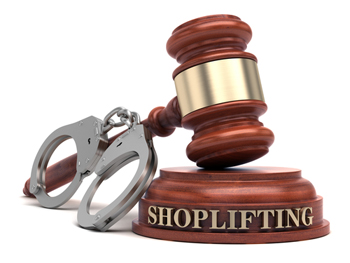 Experts offer differing assessments of the reasons why some lawyers risk shame and loss of their license by shoplifting.

The “baffling phenomenon” of lawyers who shoplift has resulted in ethics cases ending with punishments ranging from public censure to disbarment, Law.com (sub. req.) reports.

The publication cites three examples. One lawyer was suspended from practicing law for three years after taking a package of hair dye from a Louisiana supermarket in a second shoplifting incident. A second lawyer with previous criminal trouble took $128 worth of merchandise from a California Walmart, and received a proposed stipulation calling for a two-year suspension. A third lawyer received a public censure after taking $2,500 worth of merchandise from Bergdorf Goodman in New York.

Law.com spoke with psychological experts about why lawyers would shoplift.

Some who feel trapped, perhaps by high debt or their careers, express their anger through shoplifting, according to Will Meyerhofer, a psychoanalyst and former BigLaw associate who counsels lawyers.

At some level, level, Meyerhofer said, the shoplifting lawyer wants to get caught so others can see his or her unhappiness.

Lawyer Patrick Krill, founder of a mental health consulting practice focusing on law firms, told Law.com that shoplifting is a form of kleptomania, an impulse control disorder. Shoplifting usually gives a person a thrill, followed by guilt, he said.

A recovery group for people trying to manage their kleptomania could be helpful, Krill said. Therapy to help the person deal with anger, isolation and despair can also help, he said.