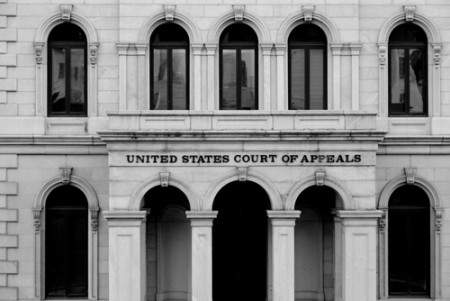 Assistant prosecutors are policymakers who have no First Amendment protection against patronage dismissals, a federal appeals court has ruled.

Borzilleri had supported incumbent Gregg Bernstein, who was Mosby’s primary opponent in 2014. Borzilleri had attended Bernstein’s campaign events, had placed his political sign in front of her home, and had hosted a gathering of about 20 Bernstein supporters.

Borzilleri says a Mosby political deputy asked her about support for Bernstein three days after Mosby took office. Borzilleri explained her role and she was fired the following day.

A federal judge ruled that Borzilleri was a policymaker, and political affiliation was a proper requirement for her job. The 4th Circuit affirmed in an opinion (PDF) by Judge J. Harvie Wilkinson III.

“We affirm,” he wrote. “To hold otherwise would undermine the public mandate bestowed upon the victor of a hard-fought election and would needlessly interfere with a state official’s managerial prerogative.”

The U.S. Supreme Court considered First Amendment protections for political employees in Elrod v. Burns, according to Wilkinson’s opinion. A plurality found that conditioning public employment on party loyalty was tantamount to a system of coerced belief that violated the First Amendment’s guarantee of free association. The opinion came to stand for the proposition that a nonpolicymaking employee could not be fired based on political beliefs.

The U.S. Supreme Court considered the issue again in 1980 in Branti v. Finkel, when it held that public defenders were not policymakers. Wilkinson cited language in the opinion to find that assistant prosecutors are different.

“They represent and safeguard the public at large. These responsibilities are laden with ideological content. How much of a prosecutor’s limited resources should go toward a particular category of crime? Does one type of plea deal call for leniency or severity? Questions like these are debated in prosecutorial campaigns across the country.”

Wilkinson said “a unanimous chorus of courts of appeals” had reached the same conclusion.