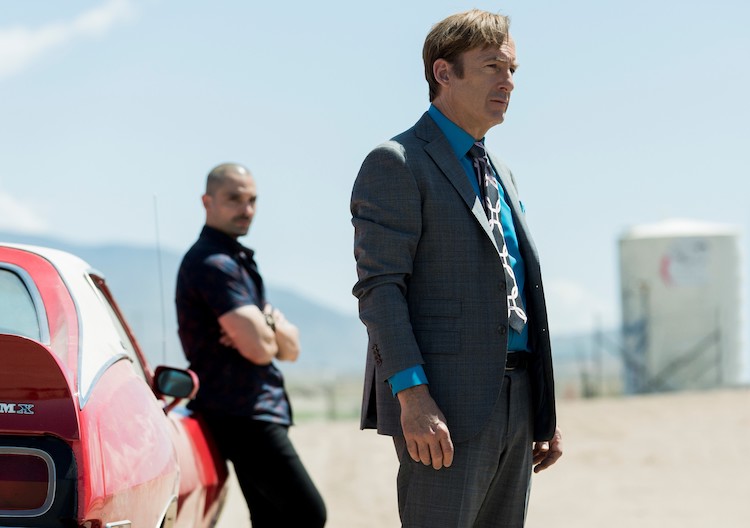 Over the years, I’ve written a few law in pop culture columns focusing on AMC’s Better Call Saul. Not only is the show extremely entertaining, but it’s also a testament to the modern television crime drama. It absolutely excels in every aspect. The writing is fantastic, the acting is incredible, and the production and cinematography are about as close to flawless as you can get.

As a practicing criminal defense attorney, I can tell you the series is also true to life. Sure, some portions are exaggerated for maximum emphasis and effect, but the scenarios the series portrays and the lessons we can glean from them have quite a bit of real-world application. The ability to capture that aspect of reality while also entertaining the masses is a feat very few series accomplish.

Season 5 finished up a few weeks ago, and its 10 episodes further detailed the deconstruction of Jimmy McGill as he becomes “Saul Goodman”—the new name he’s legally adopted to distance himself from his late brother and further solidify his position as a criminal defense attorney willing to bend the rules and stretch the truth to “JMM” (just make money). After watching every episode, the most significant theme I noticed throughout this season was how bargaining can affect your business, your relationships and your well-being.

Season 5 starts with Jimmy fully embracing the Saul Goodman alias he used for his cellphone business. He realizes the burner phones he was selling were likely being purchased by individuals with less-than-legal intentions, and adopting the name associated with the phone could drum up quite a few clients.

As his clients accumulate, though, Jimmy discovers that no matter how hard he tries, he can’t get all of his cases plead out fast enough to stay on top of his high-volume caseload. This, of course, has nothing to do with his work ethic or his desire to “bleed and plead” his clients. No, the difficulty stems from the challenge of getting a prosecutor to simply sit down with him long enough to discuss the cases they have together in hopes of reaching a resolution.

In his classic con man style, Jimmy arranges for the elevator he and the prosecutor of interest are riding in to malfunction with only the two of them inside it. With nothing else to do but wait, the prosecutor acquiesces to Jimmy’s request and reviews the files in hopes of getting some deals worked out. Everything goes fairly smoothly, and they come to agreeable resolutions on the majority of the pending cases.

Anyone who has spent much time defending the criminally accused knows how excruciating it can be trying to set up meetings with prosecutors to discuss cases. I know that aside from their public defender counterparts, most prosecutors in major metropolitan areas have much larger caseloads than your average private attorneys. That makes it very difficult to find time to fit in meetings with every defense counsel who needs to speak with them.

However, many prosecutors fail to realize the flip side of the coin. While they may have more cases to handle than private criminal defense attorneys, they likely don’t have as much “business” to attend to. Prosecutors seem to easily forget that as a private attorney, you don’t simply get to practice law; if you want to continue your private practice, you have to spend quite a bit of time running that business as well.

Billing, payroll, new client intakes and current client meetings (among other things) take up quite a bit of time. That doesn’t even include reviewing discovery, drafting motions, preparing to litigate and everything else that goes into the actual practice of law. Private defense attorneys are just as busy, all things considered, as the majority of prosecutors, and it is incredibly frustrating when they won’t make time to fit you into their schedules. Now, I’ve never pulled a trick like Jimmy did, but I’ll definitely take as many files with me as I can to try and maximize the sometimes minimal behind-closed-doors face time I can get.

As part of Jimmy’s initial push to get clients for his criminal law practice, he offers a 50% discount on felony representation. Well, two addicts take the offer to heart and go on a multi-day drug binge. When they are finally caught and charged with a litany of offenses, they “call Saul” in hopes he can assist, and Jimmy is ready and willing to meet at the jail.

When Jimmy shows up, he reviews the charges and quotes a fee. They addicts initially balk as they remind him of the 50%-discount offer. Jimmy says that is the discounted fee, and they can take it or leave it. Of course, they want to know what to expect, what’s going to happen and what Jimmy can do for them. It’s all pretty standard fare.

Meeting a new potential client is sometimes a tricky endeavor. Whether attorneys like to admit it or not, there are times where we end up bargaining with individuals to secure them as clients. People will want to haggle with you on prices. They will want assurances about the kind of results you can achieve. To a certain extent, it’s OK to engage in these discussions cautiously.

Still, the best practice is to stick to your guns. To be fair, it never hurts to bargain a bit regarding a payment plan if you can tell the person is in need. Likewise, it’s OK to give your honest opinion on what you think you can achieve based on the facts which with you are presented, your experience and your knowledge of the law; however, a specific outcome should never be part of the bargain for services.

If the potential client won’t accept that, and your honesty isn’t good enough for them, never compromise yourself. You need to be able to give guidance and relay information without overselling. When in doubt, underpromise and overdeliver.

The second half of Season 5 revolves around Jimmy’s decision to become a “friend of the cartel.” One of the leading cartel players, Lalo Salamanca, is charged with murder under an alias. He demands that Jimmy get him bond. Right before the bond hearing, you see Jimmy bargaining with himself regarding the misrepresentations he is about to make to the court regarding Lalo’s fabricated “family”—all while looking at the actual family of the deceased—and whether it’s worth it.

When bond is granted in the amount of $7 million, Lalo tells Jimmy he will have to pick up the money to secure his connection with the cartel and a nice payday for his efforts. Jimmy convinces himself that the rewards are greater than the risks. Luckily, Mike (the ex-cop-turned-drug kingpin’s jack-of-all-trades fix-it man) shows up to save him from a group of mercenaries when things go badly.

As Jimmy and Mike get back to town, Mike explains that “We all make our choices … and those choices, they put us on a road. Sometimes those choices seem small, but they put you on the road. You think about getting off, but eventually, you’re back on it.”

It’s OK to take legally appropriate risks. Oftentimes, great rewards only come from great risks. However, that internal bargaining process you contemplate in your head has to be well-thought with all angles considered. Don’t trick yourself into thinking you’ll be able to get off the “road” that the risk may put you on whenever you want. Some roads are long and winding with no end in sight.

Never compromise yourself. After all, you may get more than you originally bargained for.