The California Supreme Court had been asked to change the cut score from 1440 to something between 1350 and 1390. Requests to make the change came from the state bar’s Law School Council and the Association of California Accredited Law Schools, a group whose members are law schools with state accreditation but not ABA accreditation. In October, the state supreme court announced that for the time being, the cut score would remain the same.

Since June 2016, four states—Idaho, Montana, Nevada and Oregon—lowered their bar exam cut scores, Judith A. Gundersen, president of the National Conference of Bar Examiners, told the ABA Journal. And one state, Connecticut, effective with the February 2017 exam, raised its cut score to 266 from 264. Its overall July 2017 pass rate is 70 percent, compared to 69 percent in July 2016. The state’s bar exam data can be seen here (PDF) and here (PDF).

Unlike California, Connecticut, Idaho, Montana, Nevada and Oregon are among the 28 jurisdictions that participate in the Uniform Bar Examination, with total scores reported on a 400-point scale. 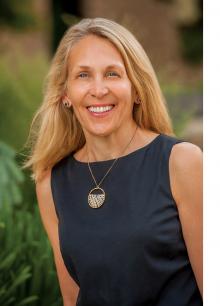 Judith A. Gundersen,president of the National Conference of Bar Examiners.

In Montana, the July 2017 overall state bar pass rate was 85 percent, according to an announcement on the state bar’s website. In 2016, the Great Falls Tribune reported that for the past two years, Montana’s overall bar passage rate was below 70 percent.

The cut score was adjusted by the state supreme court in May 2016, Montana Lawyer (PDF) reported, going from 270 to 266. The adjustment was applied retroactively to people who failed the state bar with scores between 266 and 269 and took the exam between July 2013 and February 2016.

Brian T. Kunzi, director of admissions for the State Bar of Nevada, told the ABA Journal that changing the cut score was only one factor that led to the July 2017 pass rate increase.

“Our mean [Multistate Bar Exam] improved 3.1 points in July 2017 as compared to July 2016. The strength of this cohort, as demonstrated by the return to more historical levels of performance on the MBE in contrast to the recent dip in performance, suggested our pass rate would rebound as well. The impact of the change in MBE scores is far more telling than a change in the cut score,” he wrote in an email.

Updated Nov. 21 at 2:09 pm, to include information about the number of people who finished the bar exams.